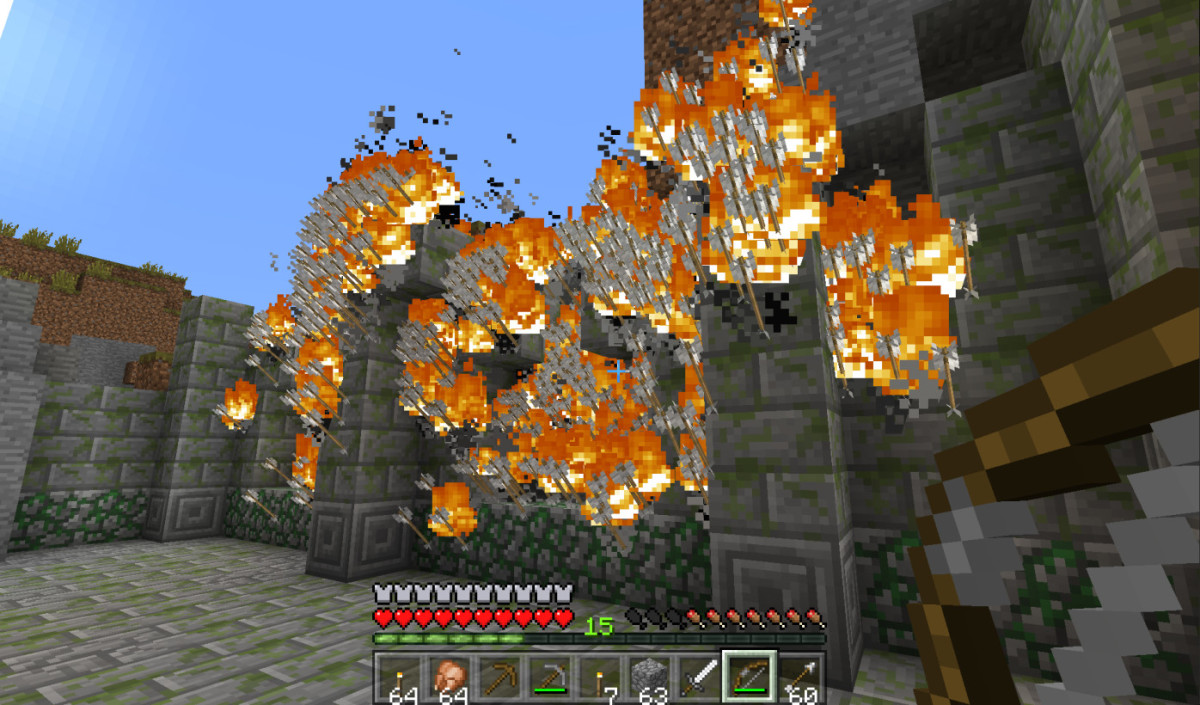 It’s safe to say I’ve spent a fair amount of time playing Minecraft. At this point — knowing that it’s one of the most popular game titles in all of earth’s history — I don’t feel like I’m in the minority here. But at the Xbox Spring Showcase in San Francisco, I finally got the chance to enter the block-based world with the aid of the Oculus Rift and I felt like a whole new style of gameplay unfolded before my eyes.

I also felt nauseous, but we’ll get to that in a minute.

Minecraft is one of the jewels in the world of VR, and Minecraft for Windows 10 will be able to support VR, with aid from the Microsoft Xbox controller included in any pre-order, practically out of the box for those waiting patiently for their commercial Rift at the end of the month. Microsoft said support would be available sometime in the Spring, so it’s likely that this will be one of the high-quality inaugural experiences VR fans are hoping to chase after.

And it’s exactly what you should be playing.

For the very small amount of readers who are unfamiliar with Minecraft, the core principle of the game is that: mining and crafting. But once you begin to mine and craft — as well as hunt, fish, cook, built and a host of other things — a world of possibilities opens up in front of you. It’s easy to be immersed in that world mentally, but with the aid of VR, you also feel immersed physically.

As you can see in my demo video, I began with a pseudo “living-room” type experience designed to be the intermediary between IRL console playing and the VR world. It’s a step I would highly recommend for out-and-out beginners who haven’t felt the weight of a Rift (or similar VR device) on their face for a prolonged period of time.

The living room experience is gentler on your eyes and your inner ear, and I was particularly fascinated with a neoclassical portrait featuring the beloved Minecraft pig.

I didn’t stay in that room for long, though, and dove head first into living in the Minecraft world itself. It’s a tricky feat orienting yourself within the virtual world. Although Minecraft is familiar and its movement speeds work forgivingly with VR, it can be hard to position your face and body in relative space near your computer.

I flipped and flopped and looked around all over the dang place, largely because I find it more comfortable on my vision to do it myself rather that repeatedly correct my center of vision with the Xbox joystick.

So, if you were hoping VR didn’t make you look like a silly fool while playing it, forget it.

But when I forgot about the thing on my face and the controller in my hand, I felt like I was actually living in Minecraft. I dug for coal, battled enemies, and said hello to a group of rabbits. I watched all of the amazingly beautiful and intricate machines the team at Mojang built for the demo. I also got to have a little roller-coaster experience on a mine cart. 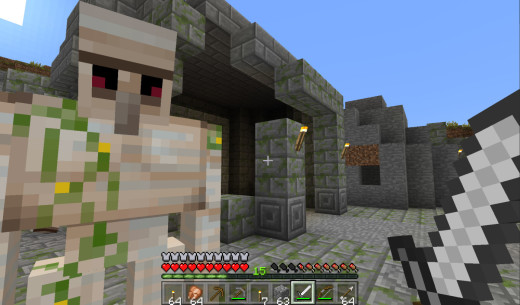 Then the fatigue set in.

It’s normal when experiencing VR the first few times for your eyes to get tired. Humans (and many animals) don’t have to turn their whole faces to look at an object — we scan an object with our eyes. Compensating for the lack of recognition for subtle eye movements means whipping your head around to get a clear view of objects.

Additionally, sensations of motion can wreak havoc on your body and you try to reconcile the motion you see without any of the associated feelings. When I rode the cart, I felt my stomach lurch — but not in the right way.

I left the 12-minute demo excited about the world of VR, and also horrifically nauseous. The folks at Oculus were considerate of this fact — having ginger candies close by to settle the stomach — but it was a sensation that lasted the better part of a day.

That said, I’m excited to see how this kind of play evolves, especially as Oculus and its competitors move away from joystick controllers and towards more natural-motion devices. There’s a lot of room for VR to grow and it has a lot of potential uses. As developers become more savvy in bringing quality content to these new devices, I think there is a possibility that it could blossom into a new way to experience media we’re so familiar.

And if you love Minecraft, even with all of its hiccups, this might be the best way to play.

Read next: 5 ways to proceed with migration now that Parse is done