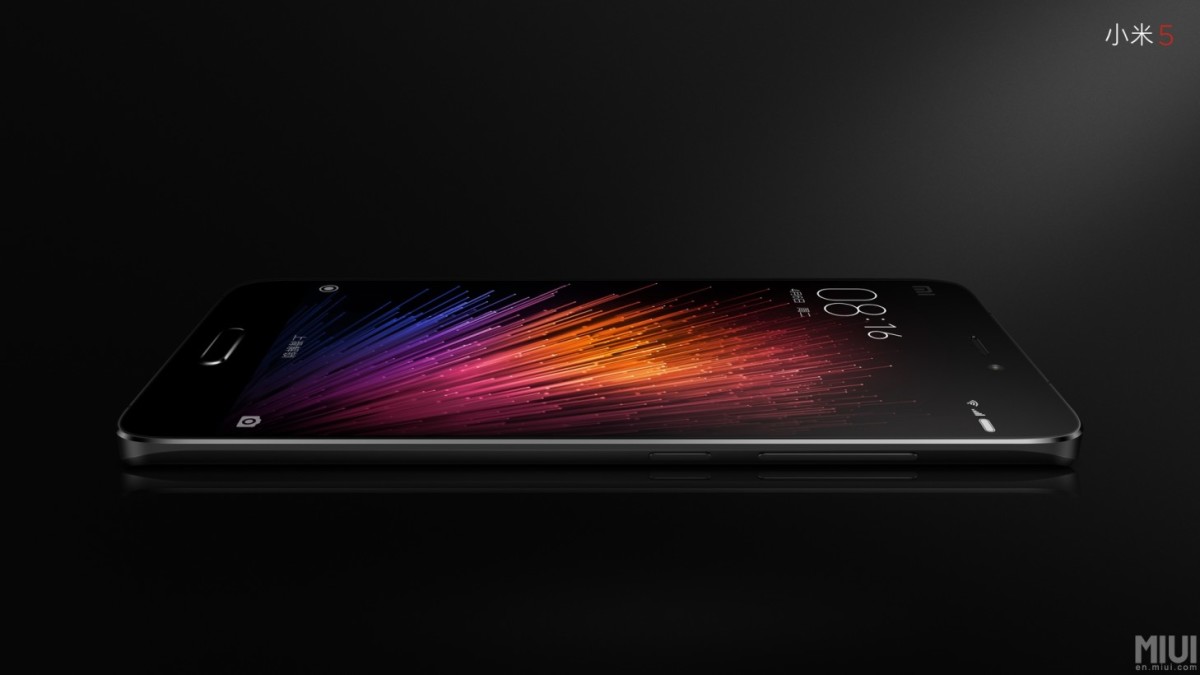 The Mi 5 has a 5.15-inch full HD display with extremely thin bezels, a fingerprint sensor on the front, a Snapdragon 820 processor, 4 GB of RAM, NFC, Qualcomm Quick Charge and a 3,000 mAh battery.

It also supports 4G+ — LTE Advanced — with speeds of up to 600mbps if the carrier supports it, as well as VoLTE (Voice over LTE) for high quality calls.

The Mi 5 weighs in at an impressive 129 grams and is sandwiched in a “3D glass body” on the back. You can choose an alternative “3D ceramic” back, which is more resistant and “feels like marble” without the weight.

On the back, you’ll find a 16-megapixel camera with a Sony IMX298 sensor — that’s flush with the phone — that shoots 4K video and has optical image stabilization with 4 axis’ to reduce overall shake.

4-axis OIS is impressive as it detects shake in every direction — most other phones, like the iPhone 6s, use 3-axis OIS.

On the front there’s a 4-megapixel shooter for selfies. Xiaomi spent a lot of time at its event highlighting the camera, saying that it was using Qualcomm’s “best new” sensor.

Xiaomi’s Hugo Barra said at its announcement event that the company’s devices are among the most active on China’s Tencent mobile carrier.

Barra touted that Snapdragon 820 is a big deal for the device, given that it’s “100 percent faster than the Snapdragon 810” and the GPU is “40 percent” faster but consumes 50 percent less battery life, which is a notable improvement.

You’ll be able to get The Mi 5 with up to 128GB of onboard flash storage, though the company didn’t specify the specific sizes available.

The Mi 5 resembles Samsung’s Galaxy devices, right down to the curved back.

Barra threw shade at other phone makers, Apple and Samsung, for their fingerprint sensors taking up so much space — and for their camera bumps, saying that the company spent almost two years ensuring it would be flush with the back.

Xiaomi’s Mi 5 comes with Android Marshmallow and the 7th iteration of the company’s interface, MIUI.

It’ll be available in China on March 1, followed by India and unspecified other markets.

Read next: This bionic ear can even pick up your favorite radio station