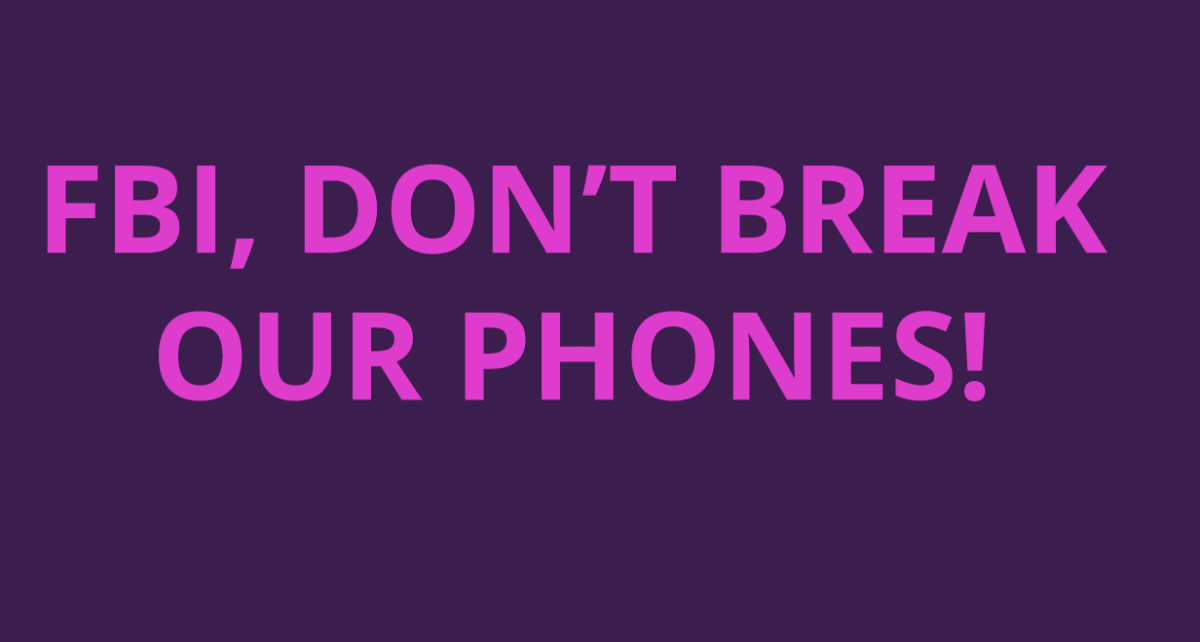 If you search for images of Apple protests you’ll remember that the company has had its fair share of run-ins with the public outside its stores challenging everything from poor workers’ rights to the dangerous chemicals used in production.

But Apple has, for once, found itself on the right side of public anger as protesters across the globe head to show their support for its stance on encryption.

All of the official #dontbreakourphone rallies in the US are scheduled for 5.30PM local time today, although those in Hong Kong and London appear to have been called off before they were supposed to start.

“We are still confirming these reports,” Fight for the Future‘s campaign director Evan Greer told TNW. “The rallies abroad were organized in a 100 percent grassroots manner by individuals who reached out to us. San Fran, LA, DC and NYC will be the largest.”

Fight for the Future, which was a key organizer around blocking the Stop Online Piracy Act, has created the series of events to highlight the encryption fight and they’ve even made a handy tool to turn your laptop monitor into a protest sign.

Others protests, including Amsterdam and Munich, are supposed to be happening over the coming week, while TNW reporter Bryan Clark saw one that was likely unaffiliated with #dontbreakourphone happening outside an Apple Store in California yesterday.

It’s not clear how much public support these protests will gather, particularly given US public support is slightly in favor of the FBI, but if anyone remembers the long journey towards winning the SOPA debate, this might just be the beginning.