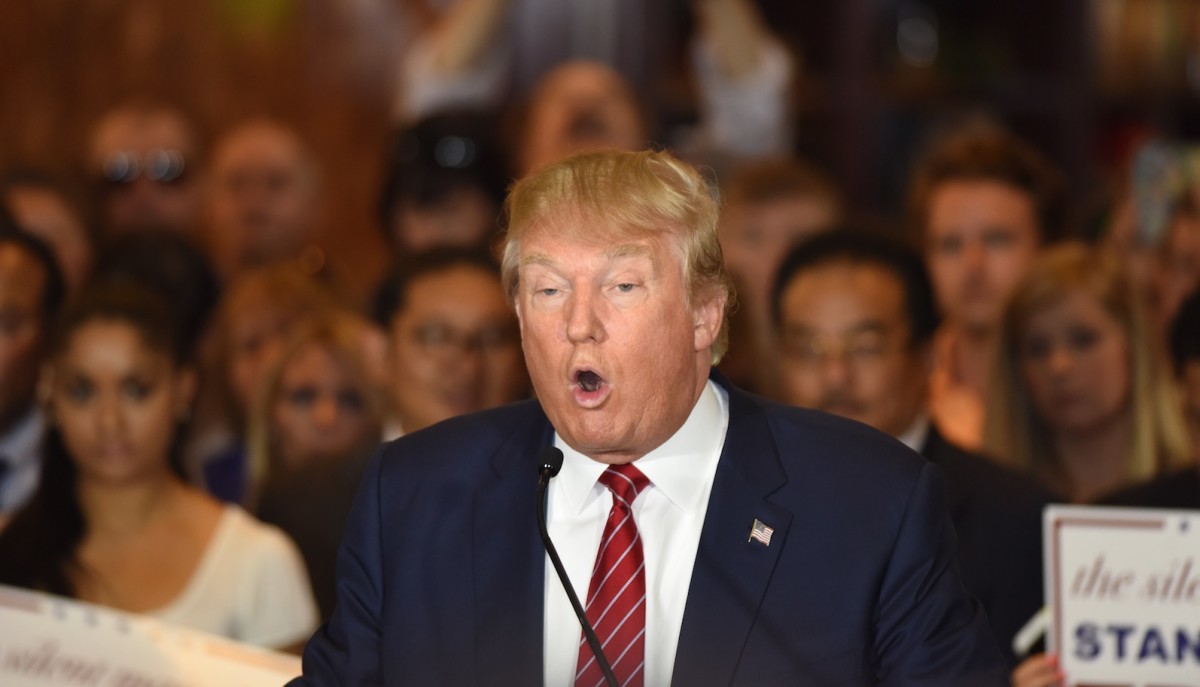 Speaking at a campaign rally in South Carolina, republican presidential candidate Donald Trump declared that it’s time for all of us to boycott Apple.

“I think what you ought to do is boycott Apple until such time as they give that security number. How do you like that? I just thought of that,” he declared. “Boycott Apple!”

The fact that he used “security number” shows that he doesn’t seem to have a firm grasp on what is actually taking place in the standoff between Apple and the FBI. What’s actually been requested is for Apple to build software that circumvents a security feature on iPhones that wipes the memory after 10 failed passcode entry attempts, not the passcode itself.

Another key thing from this statement jumps out immediately and that’s the use of the word “you” — as in, everyone but me. This is important because Donald Trump, at least for the past several months, has been using an iPhone.

After being called out on it by The Daily Beast’s Colin Jones (above), Trump later attempted to save face by pointing out that he uses both a Samsung device and an iPhone.

I use both iPhone & Samsung. If Apple doesn't give info to authorities on the terrorists I'll only be using Samsung until they give info.

Thanks for the clarification. But isn’t this also the candidate that has built an entire platform around “making America great again” a goal which he hopes to accomplish by ending the migration of jobs overseas and getting people to buy products made in the USA?

Thing is, Samsung is headquartered in Seoul, South Korea. Pick your poison, Donald.

Read next: Tesla now owns tesla.com and all is right with the world