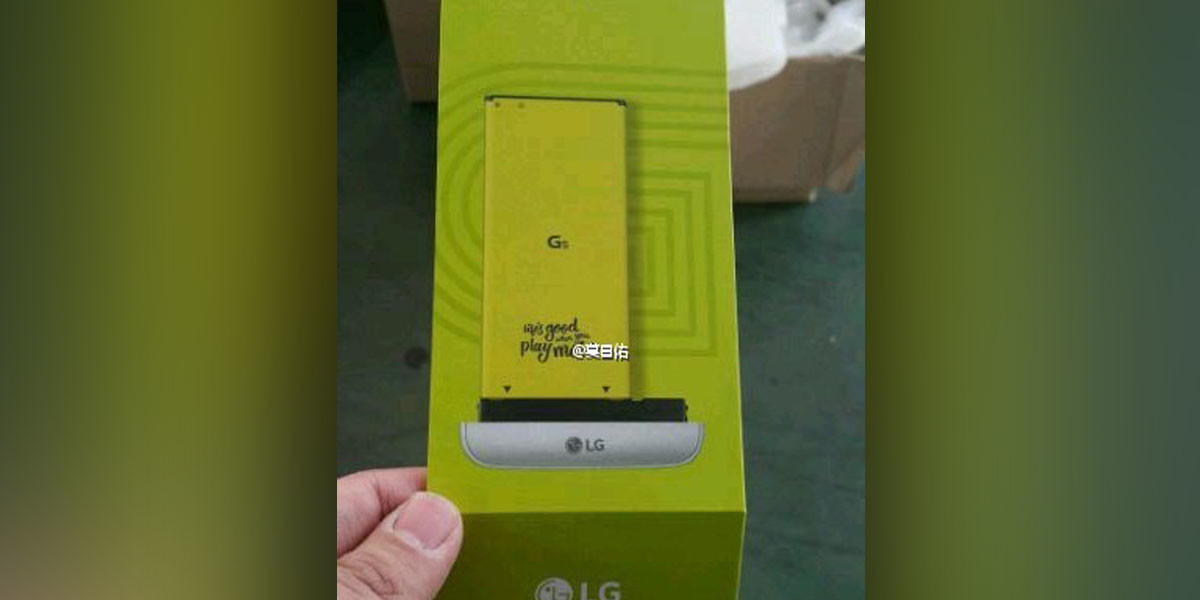 Rumors have been flying around that LG’s upcoming G5 could the first all-metal phone with a removable battery. Now we’ve got an idea of know what those batteries will probably look like, courtesy of a post on Weibo:

The battery would fit into the G5’s so-called ‘Magic Slot,’ which will also let the phone add rumored accessories like physical control knobs for the camera or a high-end audio DAC (digital-to-analog converter, a type of sound processor). LG just announced a partnership with Bang & Olufsen, for that matter.

The slot is particularly interesting because it could solve the biggest complaint about metal phones: their lack of expandability.

The ability to replace batteries and add storage used to be one of the best things about Android, but as more manufacturers try to compete with Apple’s design skill and its inherent eyecatchiness, flagship devices have slowly lost such beloved features.

LG is pretty much the only manufacturer to keep both of these features alive on an Android flagship, but it’s suffered for its plasticky phones. It’s refreshing to see it try to find a way to give Android fans the best of both design and features – theoretically, at least.

We’ll see how the expandability plays out in the real world soon enough: LG is set to reveal the new device at Mobile World Congress on February 21.

Read next: Faulty hoverboards caused $2M of damage in just 2 months - including burning down homes