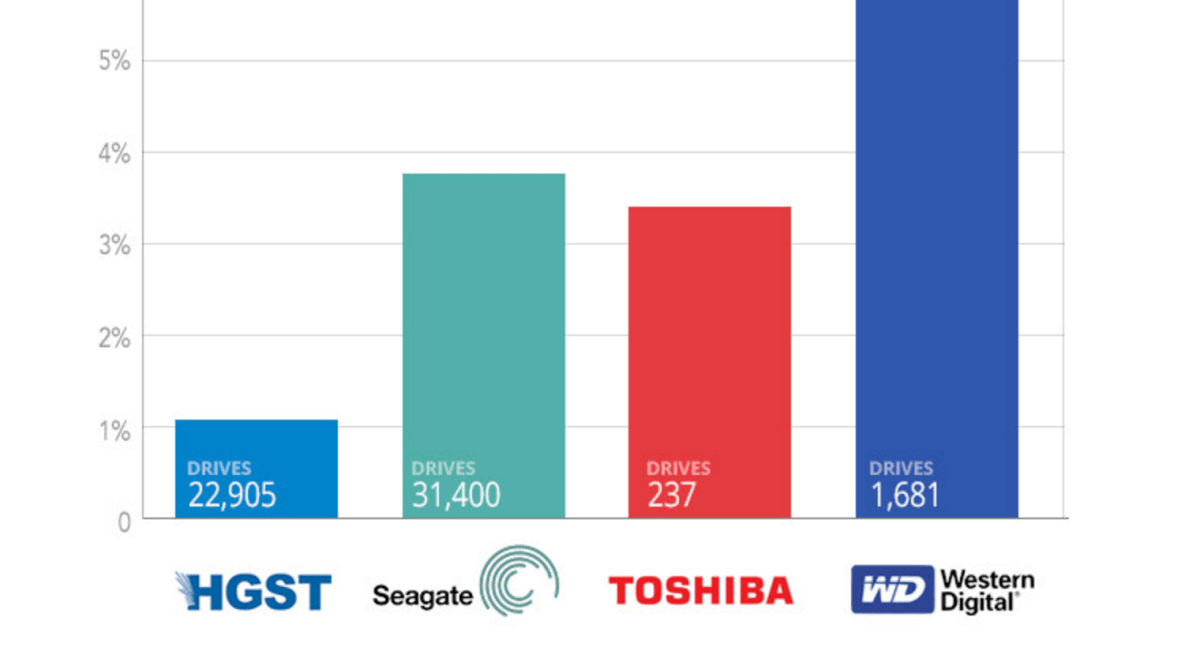 Backblaze offers a great cloud backup service for $5 a month, but you might not know it’s one of few large companies that refuses to use “enterprise grade” hard drives in its datacenters — instead opting for the kind of drives you or I might buy.

In its datacenters Backblaze uses four brands of drive; Seagate, Western Digital, Toshiba and HGST, so it can track statistics on each. The reliability results vary greatly depending on the size of disk; Seagate, for example, had a failure rate of more than 10 percent at 2 TB.

Overall, the company found that Western Digital drives failed on average seven percent of the time, trailed by Seagate at just under four percent.

The study also points out that Seagate drives are better at reporting that they’re going to fail ahead of time through SMART where other drives did not signal their own impending deaths.

If you’re into the hard numbers, Backblaze’s post has a staggering amount of data and breaks down how it came to each conclusion.

It does, however, look like the time is right to buy Seagate or HGST — depending on which size drive you’re looking for.

Read next: Researchers are teaching robots to be good by getting them to read kids stories