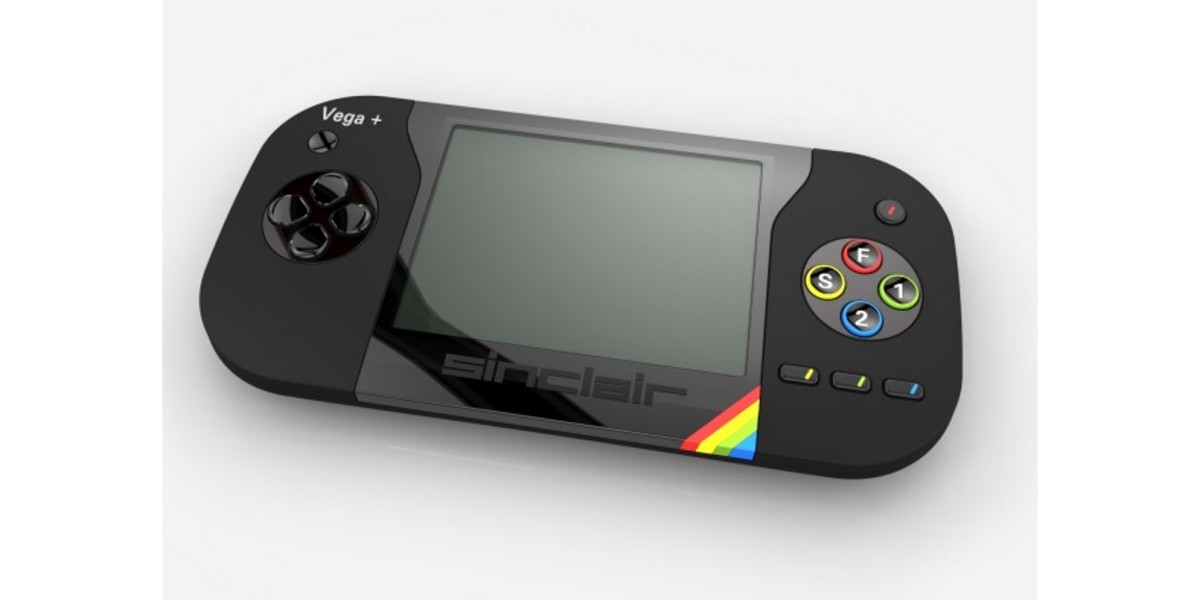 The company that built a re-imagined, miniaturized version of the original classic ZX Spectrum last year is back with a new model – and this time it’s a handheld.

Currently funding on Indiegogo, the Sinclair ZX Spectrum Vega+ Console, is looking to raise £100,000 (around $144,000) over the next month, but it’s a flexible funding goal anyway, so the company will get whatever it raises, even if it falls short of the target.

With the first project raising over £125,000 and retro gaming showing a strong resurgence, it seems likely that it’ll surpass the goal. .

This time around there’s no need to connect the device up to a TV – though you still can for big-screen fun – as there’s an integrated LCD screen ready to go. In fact, while it has 80s retro stylings reminiscent of the Spectrum, it looks a little like a PlayStation Vita.

Tucked away on the top of the device, there’s a microSD expansion slot and volume controls too.

Unlike a Vita, however, it’ll arrive with 1,000 games built-in and should be compatible with all 14,000 or so ZX Spectrum games, the company says.

The Vega+ is being made with Sinclair’s blessing and is a fully-licensed product, so there shouldn’t be any hiccups on that front.

Right now, the company says there’s a working prototype and that it’s ready to start production of the first units. Estimated delivery for those first models is September this year.

The cheapest tier to get your hands on a Vega+ this summer is £100, with red, white and blue limited edition casings being offered exclusively to people who back the crowdfunding campaign.

Read next: Chill out with this infinite loop of Instagram sunsets from around the globe