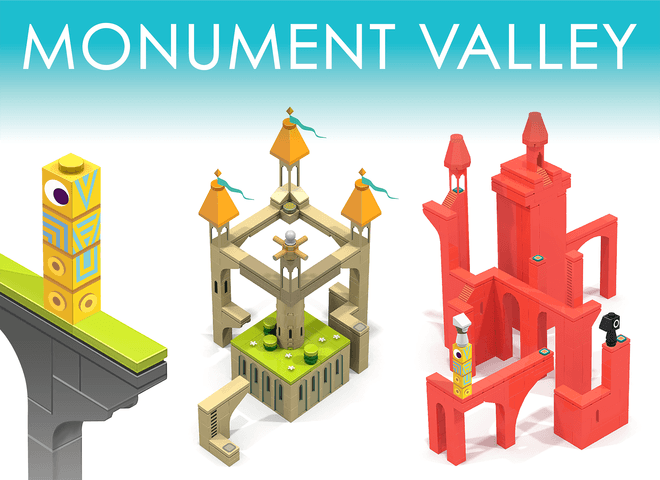 Remember Monument Valley? The app Apple voted its best game of 2014 and the one Frank Underwood played all the time in House of Cards? Well it might soon be ordained by Lego and turned into its very own brick set.

A series of concepts were uploaded to Lego’s Ideas page – where users can suggest new sets for the Danish company to build – by user Isometry.

It features four different levels from the app, a series of stickers that include buttons, windows, doorways and water and of course Ida, Totem and the Crow.

My Lego Ideas project is inspired by the Monument Valley game, and aims to capture the journey through a creative 3-D experience. This set includes four minimalist landscape themes that are modular and interactive; featuring rotating walkways, platforms, pillars, staircases, bridges and water wheels; along with three main characters, Ida, Totem and Crow. It is an original Lego design concept with visually attractive elements that are appealing and intriguing to a wide audience.

But its future as a set of Lego isn’t assured. At the time of writing, Isometry’s concept has received more than 1,000 votes, but will need 10,000 supporters and has to get past a Lego review board before it will be brought to life.

The game’s original creators, ustwogames has come out in support of the idea, which could help push the idea closer to becoming reality.

Would you love a Monument Valley themed LEGO set?! Support this fan idea and it may happen! https://t.co/10tfiG90xfpic.twitter.com/ALXk6VEJDc

This isn’t the first time Monument Valley has broken free of the digital realm. Last month, the game’s soundtrack was turned into a vinyl record by iambit.

Read next: Adobe updates Muse and Animate to bring responsive designs without Flash