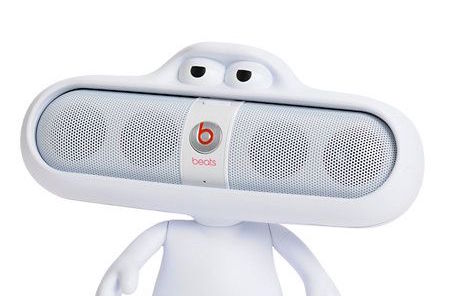 This week, the US patent office issued 6,784 patents and published 8,163 patent applications.

Each patent adds a little something new to the human knowledge base. As we cannot list all six thousand thousand, the PatentYogi team has selected the eight most interesting patents, including two from Facebook.

Facebook has so much information about your life now, they can now predict your future state on mobile.

These states include whether you are at work or home, having dinner with friends and family, or even stuck in the daily commute. Out of the country? Yep, they can guess that too. All this information is then used to meet the needs of the user.

So if you have built an audience on Facebook, you may be able to soon make money directly from Facebook advertising.

Boeing patented as awesome technique to 3D print objects while levitating in space.

Current 3D printing techniques employs a “bottoms-up” building method in which the part is built layer by layer on a supporting platform that moves down as individual layers are formed. A single print head is moved around the platform to form each of the layers. Therefore, it’s necessary to build the part on support materials which must be later removed from the 3D printed part. Moreover, the use of a single print head to form features of each layer renders the fabrication process relatively slow.

The patented technique allows free-form fabrication of 3D parts. The part is levitated in space and can be moved or rotated to any angle in order to form desired features at any location on the part without the need for support structures to stabilize the part. Multiple print heads may be employed to simultaneously print features of the part, thereby increasing fabrication speed.

No, Old MacDonald didn’t just become an astronaut, rather, Boeing patented a multiple stage orbital delivery vehicle that uses tractor propulsion to launch the vehicle into space. The multiple stage orbital delivery vehicle can be air launched from an airborne aircraft. Further, only the upper stage of the vehicle includes an engine and avionics allowing the lower stages to be only liquid propellant tanks that may be dumped when empty.

The patented multi-stage launch vehicle employs only a single set of engines resulting in a lower overall part count, higher reliability, and lower cost compared to multiple stages each having separate engines and steering actuation systems.

Microsoft filed patent for a technique to automatic generate stories based on a selected theme by a user, using users’ assets (videos/photos/audio) to generate a quality finished product with minimum user input or direction.

Control your devices by slurping and swallowing

IBM filed patent for controlling head mounted devices using non-vocal sounds such as sucking sounds generated by sucking saliva through or in between teeth, slurping or swallowing saliva.

The patented technology allows users to control smart devices in an intuitive and discrete manner without requiring external or visual movement. Moreover, such non-vocal sounds can be recognized more easily than for instance spoken word, such that the positioning of the microphone to detect the non-vocal sounds is less critical, thus increasing device flexibility.

The vehicle includes a vehicle body and three wheels. All the wheels can tilt together with the vehicle body. The vehicle is small and in particular, narrow, which helps solve parking problems and traffic flow in cities. It is designed for two passengers. The patented vehicle has improved ability to self-upright after tilting.

Read next: Does your mobile app need a patent?

Read next: 5 reasons it's time we stop sacrificing battery life for skinny phones