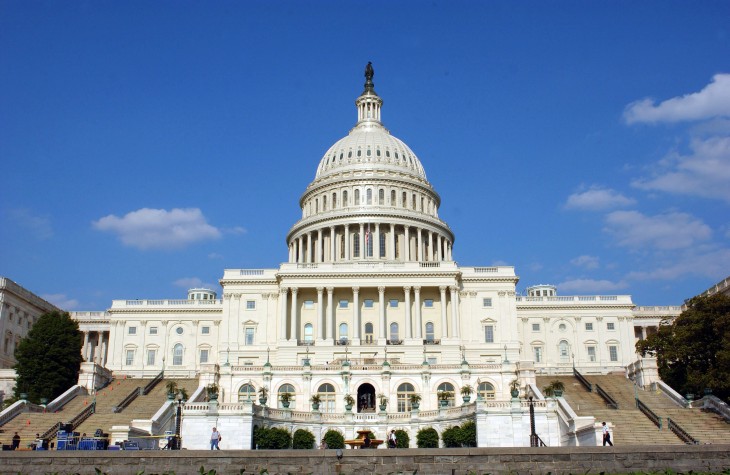 Six Republican senators have just written to the FCC taking issue with its high-speed broadband roll out for all Americans.

They object to its accusation that broadband is not being deployed by telecoms providers in a “reasonable and timely fashion,” particularly given that the FCC’s changed the meaning of what broadband is.

According to the FCC’s latest analysis, some 34 million people, around 10 percent of the population, still lack access to what many would consider a rather measly 25Mbps downstream, 3Mbps upstream target speed.

The target was voted on and changed last year, from 4Mbps downstream, 1Mbps upstream, in order to give people in the US better speeds for things like streaming. And of course, it’s rural Americans that suffer the most.

The letter points to Netflix and Amazon, which have recommended download speed of 5 Mbps and 3.5 Mbps respectively, as proof that the figure is useless, without considering that many people in one house are trying to get online simultaneously.

Even if you’re one of the ‘lucky’ guys that does get 25Mbps, you probably can’t reliably stream on Netflix if there’s more than two of you online at once.

Obviously this new target might be something of a leap for suppliers, but rather than looking at how to make sure everyone can get the best broadband around, the senators continue to take issue with the definition.

The letter also says that where services of 25Mbps or more available, customers aren’t taking out those subscriptions, although the FCC believes this is down to a lack of choice in many areas that means prices are often set quite high.

Lobbying of politicians by corporations is no big secret in US politics and it seems you can follow the money right back from this complaint.

Whatever the senators say, the FCC is legally required to act on this issue, but it still looks most beneficial for telcos to make political donations than it is to wire-up America.

Indeed, it’s pretty rare as a member of congress if you weren’t paid something by these companies towards your election campaign. Incredibly, or perhaps not, 36 members actually have shares in Verizon, 44 in AT&T and 25 members own shares in Comcast.

Read next: Designing for a better tomorrow