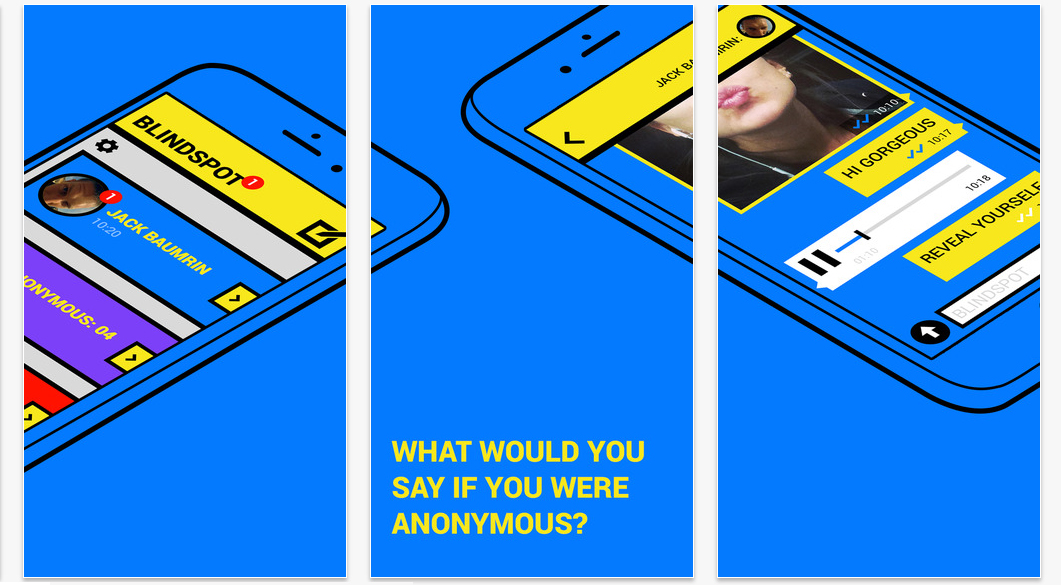 Despite securing investments from the likes of Nicki Minaj, Will.i.am and Roman Abramovich, anonymous messaging app Blindspot has been criticized by users for encouraging bullying and sexual harassment.

Available on Android and iOS, Blindspot lets you anonymously send messages, images and videos to any person on your contact list. Like other messaging apps such as Viber and WhatsApp, Blindspot only allows communication between two people. However, unlike the aforementioned apps, Blindspot keeps the identity of the sender hidden from the receiver.

But what bothers users more is how the app tempts non-members to download messages. If not a member, Blindspot notifies receivers with a text, inviting them to install the app in order to access the contents of the message.

While such methods of attracting new users aren’t new, what worries critics is that Blindspot offers a platform that could easily lead to torment and abuse.

Shellanoo, the company behind Blindspot, insists that “people can use [the platform] for love, comedy, romance or horror” and that the app should not be blamed for the actions of its users.

In defense of Blindspot, the app does offer an option to block abusive users, but as reviewers remark: once a message is read, “the damage is already done.”

Spokespeople from Shellanoo insist that Blindspot is “an evolution of messaging technology,” but given the numerous reports of harassment we must ask ourselves the question: at what price does this evolution come to us?

Read next: Backblaze will send you a hard drive of your data for free -- if you send it back