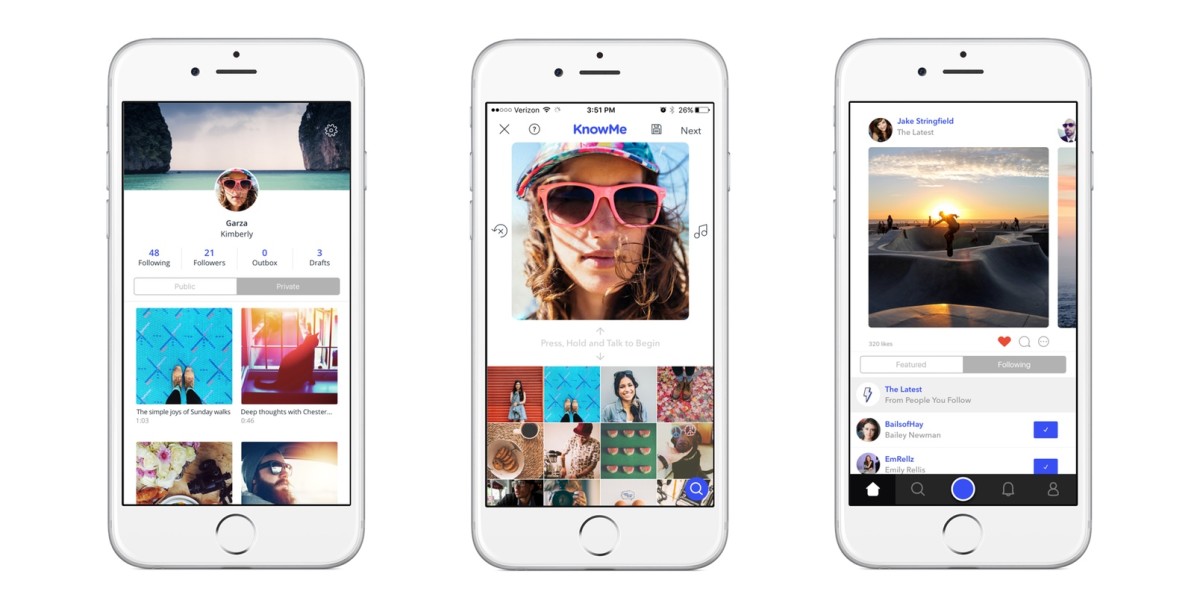 Sharing pictures and video clips is pretty easy, but stringing them together to tell a story can be difficult unless you’re there to tell the tale. A new app called KnowMe is making it much easier to do just that, though.

Created by Andrew Jarecki, director of HBO’s The Jinx, KnowMe lets you create your own mini documentary with images and video. You can record an introduction on your phone, then talk over images you patch into your story (which are dubbed KnowMes).

If you need to compare that weird guy you saw on the beach to your favorite meme, you can also splice in images from the Web.

Audio tracks from video on your phone can also be used. When you use an audio track, you can still patch in pictures and narrate what’s going on. If you’d rather add a soundtrack, KnowMe has preloaded tracks, or you can select from music saved to your phone.

Your KnowMes can be saved privately or publicly, and shared via email, SMS, Facebook or Twitter. It also acts as a bit of a social network where you can view KnowMes of those you’re following.

Perhaps the best part about KnowMe is that it doesn’t limit your time. You can choose to laugh over a funny picture, or tell a long narrative about your vacation. I’ve also used it to help someone through a tech-related nightmare using screenshots and a voiceover. The possibilities are almost endless.

KnowMe is available for free on the App Store.

Read next: 40 countries are working on killer robots and there's no law to say how we use them