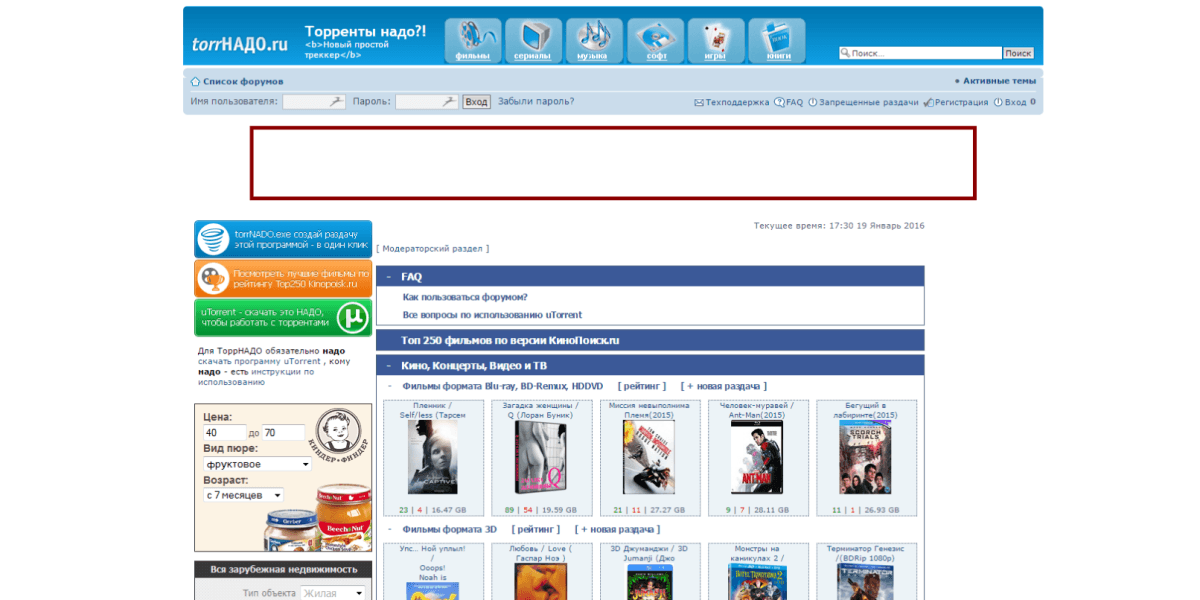 WHOIS owner information for the site appears to verify the somewhat convoluted link to Klimenko, who owns MediaMetrics.ru.

Torrnado.ru was reportedly purchased by ECO PC Solutions, which in turn was registered by Alvetina Jacobson, who went on to head up a new TV channel for MediaMetrics.ru as an employee of Klimenko, suggesting that MediaMetrics owns Torrnado.

As a twist in the tale, rather than deny any involvement, Klimenko took to Facebook to point out that torrents by themselves aren’t illegal.

It’s a statement that seems to counter comments made earlier this month that suggested Klimenko didn’t think it was the right time for rights holders to be pushing for copyright enforcement in Russia.

“Consumption of copyright content increases with economic growth, and when the situation is very serious, I think people do not have to unnecessarily terrorize these issues. Pushing hard now on this topic, I think, is not worth it. When the economy improves, you should return to this issue,” Klimenko said, according to TorrentFreak.

While it seems like Klimenko has, at the very least, a grasp of how torrenting and internet piracy play out in the real world, he’s no longer involved in the running of the site, as he has handed control of MediaMetrics to his son since taking a role in Russian government, according to Vedomosti.

Read next: 5 smart things you should do with the new Apple TV