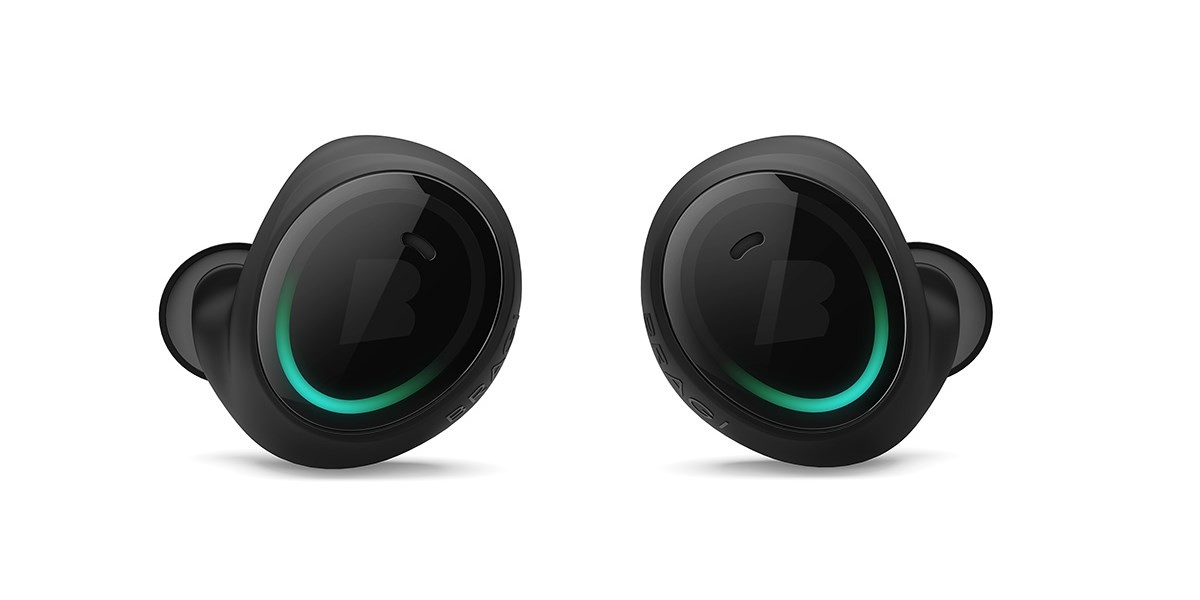 Bragi made a lot of noise over the past couple of years about its wireless featured-packed earphones. A highly successful Kickstarter campaign and many prototypes later, the company began manufacturing last December and will begin shipping its first lot of devices this month.

The Dash earphones incorporate a standalone music player with 4GB of onboard storage, sensors to track your heart rate and steps, and an ear bone mic to let you respond to calls from your Bluetooth-paired phone.

The waterproof buds (which the company says are okay to swim with) offer three hours of battery life on a single charge. That’s not much, but it ships with a carrying case that lets you juice them up five times while you’re on the move.

You can control the Dash by tapping and swiping on the touch panels on the outside of the earphones. They allow you to turn up the volume, skip through tracks, answer calls and also adjust how much sound you can hear from your surroundings.

At $300 for a pair, the Dash set isn’t cheap. But if you’re looking to enjoy your daily run with your tunes in tow and want to leave your phone at home, this might be just the sort of equipment you need.

The company told Engadget at CES that the devices will become widely available from February. You can order yours now on Bragi’s site.