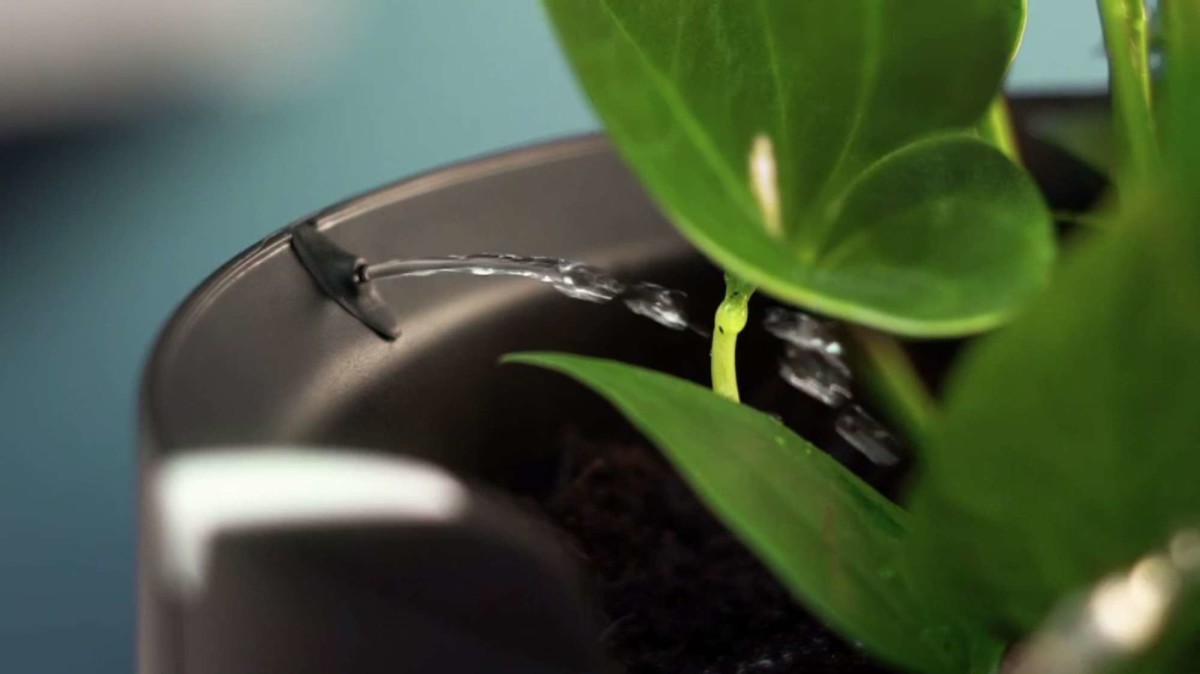 The Parrot POT is a smart vessel that takes all the gardening out of growing things in your home. Inside the pot is a series of sensors that measure PH, temperature, light and moisture that provide feedback to any would-be gardener via a companion app available on iOS or Android.

Each POT can hold over two liters of water, effectively keeping a plant alive for up to a month if you’re just too damn lazy to look after it. Of course, for those moderately green fingered types there are different modes that allow you to take some control over plant care.

If plants need more light or fertilizer, it’ll make suggestions on where to keep it. The $99 (yep, $99) will be available in slate gray, porcelain, or brick later this year.

But the question many of you will be asking is “Why a plant pot?” What many of you might not be aware of is the French drone maker has a long history when it comes to dabbling in the garden. It started out with the Flower Power smart sensor way back in 2014 and debuted a similar product to the POT at last year’s CES.

In fact, looking a bit closer at Parrot reveals many fingers in many pies. Everything from wireless speakers, smart cars and even 3D printing. This could indicate that the company realised early on that the speed at which consumers burn through the novelty value of products (see the hoverboard for more details) means hedging its bets across many products makes more sense. Alternatively, they just really, really, really like making stuff.