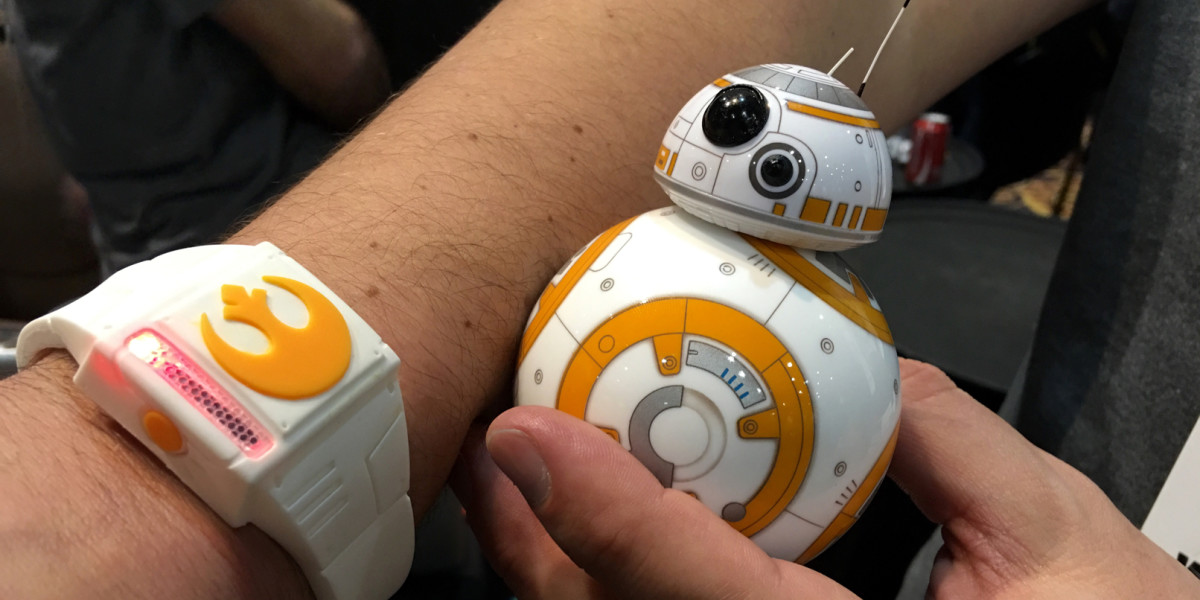 CES Unveiled tonight had a lot of amazing products, but we were particularly drawn to a very familiar face – a robot that the entire world fell in love with over the past few months: BB-8.

Sphero, the company behind the robot toy, showed off a new companion wristband today that will let players control the droid with gesture-based movements, or “using the force” as a Sphero representative called it.

The prototype we played with wasn’t quite complete, but it was fully controllable with simple force-esque movements such as pushing your wrist/hand forward to move BB-8 forward…

…and pulling your wrist back in order to make BB-8 retreat.

The adorable little robot also followed your hand as you move the wristband around his head.

The Force Band component will also be released alongside an updated look for BB-8, which features a grungier, dirtier-looking aesthetic – much like it looked in the movie after roaming the Jakku desert for Rey.

Sphero has yet to name a specific price – the company estimates the new version of BB-8 will go for around $150 but will not confirm whether this includes the gesture wristband. We’ll see the new, grungier, force-controlled BB-8 sometime in the fall of 2016.

Until then, smartphone-controlled BB-8 is still a lot of fun.