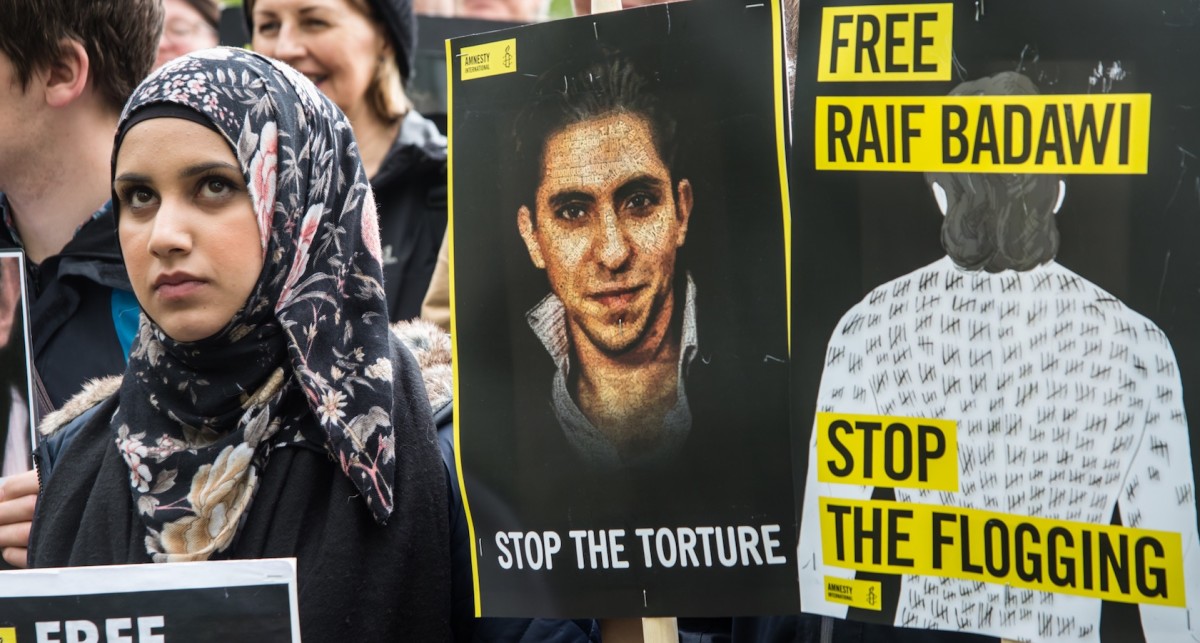 Raif Badawi, a Saudi born blogger who was jailed for, ‘insulting Islam through electronic channels’ is reportedly in ill-health after going on hunger strike more than 20 days ago, reports the Sydney Morning Herald.

The blogger who recently received the Sakharov Prize for Freedom of Thought from the European Parliament has been protesting his transfer to a new prison by refusing to eat, says Badawi’s wife, Ensaf Haidar.

As a result he has reportedly been losing consciousness and Haidar remains “very concerned”, according to the Canadian government, who have been lobbying for a pardon on Badawi’s behalf.

Badawi came to international attention in 2012 when we was arrested and sentenced to 10 years in jail and 1,000 lashes for insulting Islam online.

He received the first 50 of those lashes in 2015, but thanks to a public outcry over his treatment, there has been no new date set for the next round.

Amnesty International called Badawi a prisoner of conscience stating he had been, “detained solely for peacefully exercising his right to freedom of expression. Even in Saudi Arabia where state repression is rife, it is beyond the pale to seek the death penalty for an activist whose only ‘crime’ was to enable social debate online.”

Badawi’s lawyer, Waleed Abulkhair, is facing a similar fate after he was arrested and sentenced to 15-years imprisonment in 2014 for attempting to set up a human rights monitoring website in Saudi Arabia.

It has attempted to maintain a tight grip on its populous by encouraging Saudis to report sites that don’t conform and has even made every blogger obtain a license from the Ministry of Culture and Information. It’s even regulating anyone producing content for YouTube.

Anything that, “disturbs public order, shakes the security of society, or subjects its national unity to danger, or obstructs the primary system of rule or harms the reputation of the state,” will not be tolerated.

While Badawi continues to fight his case, the Web will always be able to move quicker than a state can to stop it doing things it doesn’t like.

In 2014, the Turkish government learned this the hard way after it tried to block Twitter and YouTube to stop people publishing details of incriminating recordings on social media. Within days, citizens were spray painting the IP addresses of public DNS servers on walls and just about everybody from the president of the country down was going around the ban.

“Closed societies such as the Saudis’ will ban themselves from the vastly increasing availability of data and contacts in all fields that profit a still-developing society,” said Leonard Sussman of Freedom House, a Washington, D.C.-based media watchdog.

We can only hope that as the Web reaches ever more into our lives, in doing so it undermines the efforts of oppressive regimes who try to turn bloggers into examples of what happens when you disagree with how a country is run.

Read next: New images from inside Tesla's Gigafactory appear on Instagram