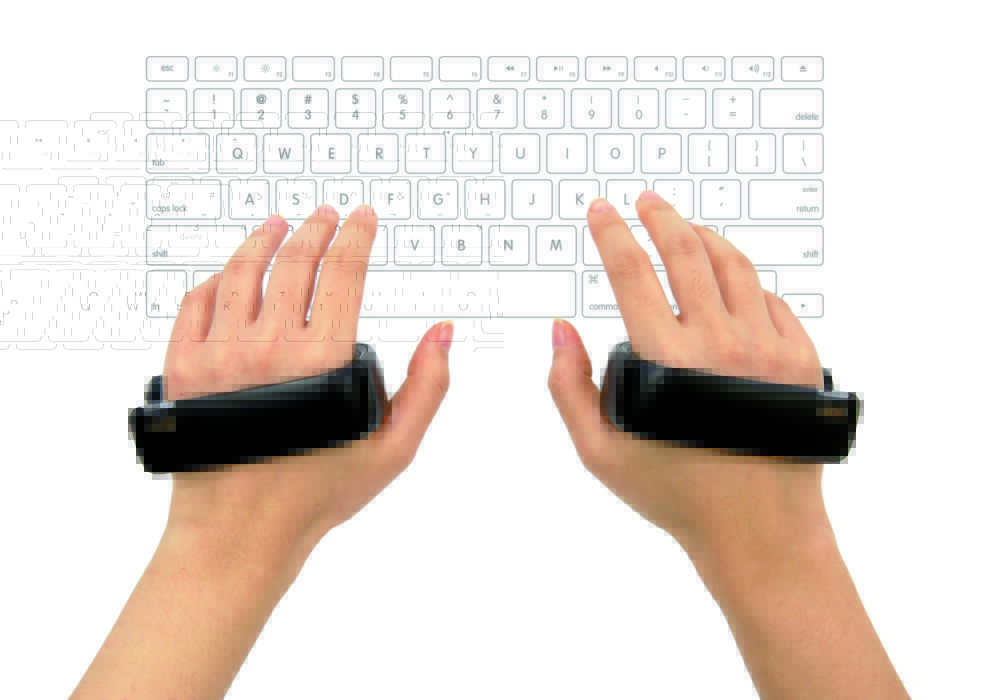 Samsung has a special internal division called the Creative Lab that’s tasked with dreaming up crazy devices that might not ever sell, or have a real purpose, just to see what it’s able to do.

Today it’s taken the wraps off three devices it plans to demonstrate in person at Consumer Electronics Show in Las Vegas next month. And they’re certainly very unusual.

The first is a device called ‘TipTalk,’ which is a special watch strap that allows you to put the tip of your finger to your ear to hear audio coming from the device without being overheard.

It’s unclear how it works exactly, but Samsung touts it as a way to listen discretely in loud places, like concert halls — best of all, you’ll look like you’re trying to read someone’s mind.

According to Samsung, Tip Talk was turned into a standalone startup in August of 2015 for further development of its product.

The second device, called WELT, is a smart belt that continuously measures waist size, eating habits and steps taken. The company says it’s a “more discrete” way to monitor health than wearing a fitness tracker, and blends in with your normal outfit.

WELT pairs with a specially designed app that offers fitness tips, as well as meal plans and other information to keep the wearer healthy.

The third device is slightly less out there — Samsung has been working on a handheld controller for its virtual reality helmet, the Gear VR, called rink. There aren’t any details about how it works, but it looks incredibly similar to the one being developed by Oculus.

Samsung says that the Creative Lab has hosted more than 100 projects since its creation in 2012 and that 40 of them are now being developed into real products by Samsung’s business units.

The devices will be shown off at CES in Las Vegas next week — we’ll have people on the ground at the event!

Read next: Artificial intelligence, free money and the end of capitalism