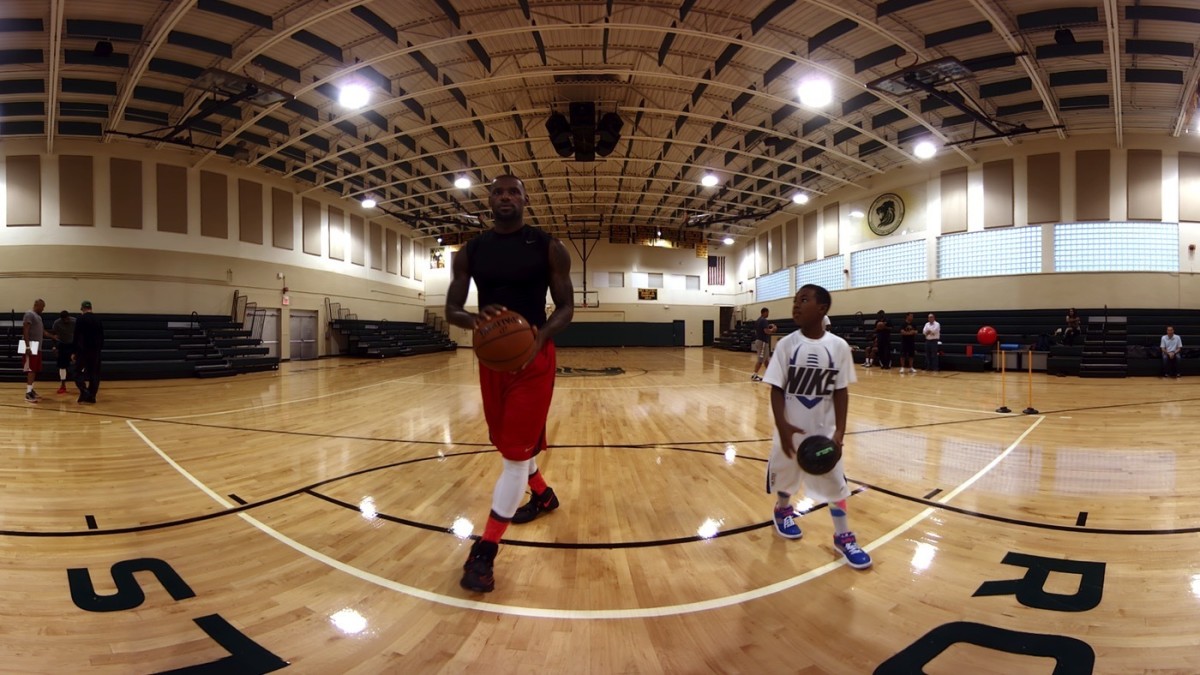 Lebron James’ quest to bring an NBA title to the city of Cleveland is still in progress (and let’s be honest — that city deserves it), but you can now see the hard work he’s putting into accomplishing that goal through a Samsung Gear VR headset.

A new 12-minute video named “Striving for Greatness” puts you behind the scenes of LeBron’s workout regimen. From Yoga to shootarounds to work in the pool, you’ll see what it takes to be King James.

Striving For Greatness: An UNINTERRUPTED OriginalI was born with God given talent, but I PROMISE you that when the bright lights go down I am grinding it out and working my tail off to get better. I will never cheat this game… Catch the full series on UNINTERRUPTED #StriveForGreatness #UNINTERRUPTED #IPROMISE

The VR experience was created in collaboration with Oculus, and can be downloaded via its store. Milk VR, Samsung’s proprietary virtual reality video app, is also hosting it.

Read next: PSA: If you got a drone for Christmas, it probably needs to be registered with the FAA