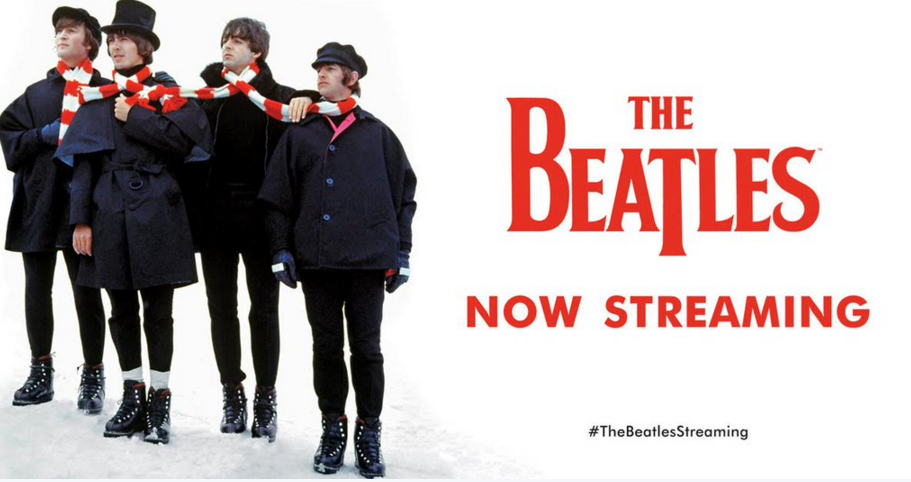 Who could have predicted that the lowly band from Liverpool, England, formed way back in 1960 could still cause such a storm as their back catalogue is released across music streaming sites from this Christmas Eve?

The band’s original manager, Brian Epstein, is who.

“He said, ‘Larry, the children of the 21st century will be listening to the Beatles.’ He was right.”

The Beatles are still among the world’s top-selling artists, taking the number one spot in US album sales with a whopping 178 million records sold, according to the Recording Industry Association of America.

The band, who lost their manager and then two bandmates over the course of the last 50 years, took six years before they went live on iTunes in 2010.

That didn’t stop them, or perhaps even helped them, sell 2 million digital records in just one week.

Now you can stream the band’s hits across every platform you could possibly want to use: Spotify, Apple Music, Slacker, Tidal, Groove, Rhapsody, Deezer, Google Play and even Amazon Prime.

Justin Bieber set a new record in September for the 21 million streaming sessions seen in the first week of the launch of his song ‘What Do You Mean?’ on Spotify. This beat previous title holders One Direction, who reached 20 million.

Can the fab four knock the Biebs off the top spot this Christmas?