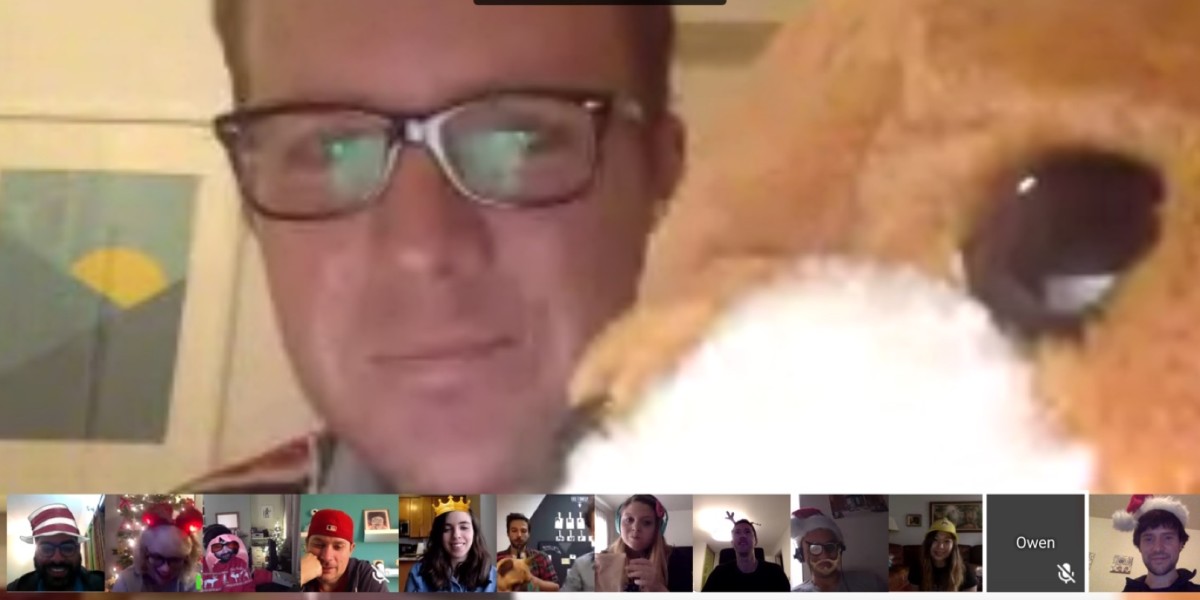 The ‘Secret Santa’ is a well-established tradition in offices around the world at Christmastime, but when you’re a team spread around the world, it turns into a complicated logistical nightmare.

The Next Web editorial team (i.e., the people who bring you the articles you read on this site) is spread around the world from San Francisco to Bangalore which means we don’t see each other very often. So, we thought, why not do a fun bit of bonding this holiday season and buy each other presents?

In case you’re not familiar with it, Secret Santa generally works like this:

Our Secret Santa seemed easy enough. We entered our names into this online tool, which randomly decided who was buying a gift for whom, and generated a page like this for each of us…

It seemed simple: buy something, send it, voila.

Not so much. Very quickly the problems started to emerge.

A few days after the Secret Santa draw was announced, I received a parcel. As happens with parcels, I opened it right away. Inside was a delivery direct from a retailer, which was confusing as I hadn’t ordered a bonsai tree kit and a marble roller coaster. Was this my Secret Santa gift or a random delivery via a PR company, or maybe a stalker with a thing for small trees and marbles?

I wasn’t the only one. Some people started opening their gifts as they received them, deliberately or not. We’d planned to open them together on December 18, but that part didn’t get through clearly enough.

Meanwhile, ordering from Amazon turned out to be a minefield, as Lauren found out when she sent Amanda her ‘secret’ gift:

Meanwhile, Ben’s plight highlighted what can go wrong if you have an old home address listed in the company database… The redirection label covered the ‘Secret Santa’ note the sender had added to the parcel.

For some, the humble postmark was their undoing…

The exchange rate proved a problem with international shipping too, as some people were able to get a little bit more for their 25 dollars.

Even a simple, donation to charity proved difficult. Nate was happy with his Secret Santa gift…

But Nate’s Secret Santa, Abhimanyu, had to get creative to arrange it…

“There wasn’t a way to make a donation and notify Nate through the site I used. so I had to pay and then open the 2-page email receipt with my name on it, stitch together screenshots, remove my name in Photoshop and then use a disposable email service to send it to him.

“Even then, I wasn’t sure it’d make it through spam filters what with sketchy email address and large attachment.”

As for me, I discovered the nightmare that is international shipping. I found the perfect gift for my designated recipient, Owen, in the form of a plush shiba inu. Even importing it from Japan fell just within the $25 price limit we’d set for gifts.

I had it delivered to my house so I could remove any shipping notes that might give away my identity and then put it in a new box and took it to the post office. Clever! Or so I thought…

The problem? Three-day shipping from the UK to the Netherlands (chosen so it would get there in time) cost more than the $25 limit itself, meaning I ended up spending around $50 in total. Also, the post office made me put my own name and address on the box, ruining the mystery entirely.

So yes, Secret Santa for distributed teams is difficult. A couple of people’s gifts didn’t even arrive on time, but still, on Friday we had a fun team video chat where we opened our gifts and revealed who sent what. All the agony was worth the fun of that call.

Read next: This interview goes inside Apple's secret design lab for the first time