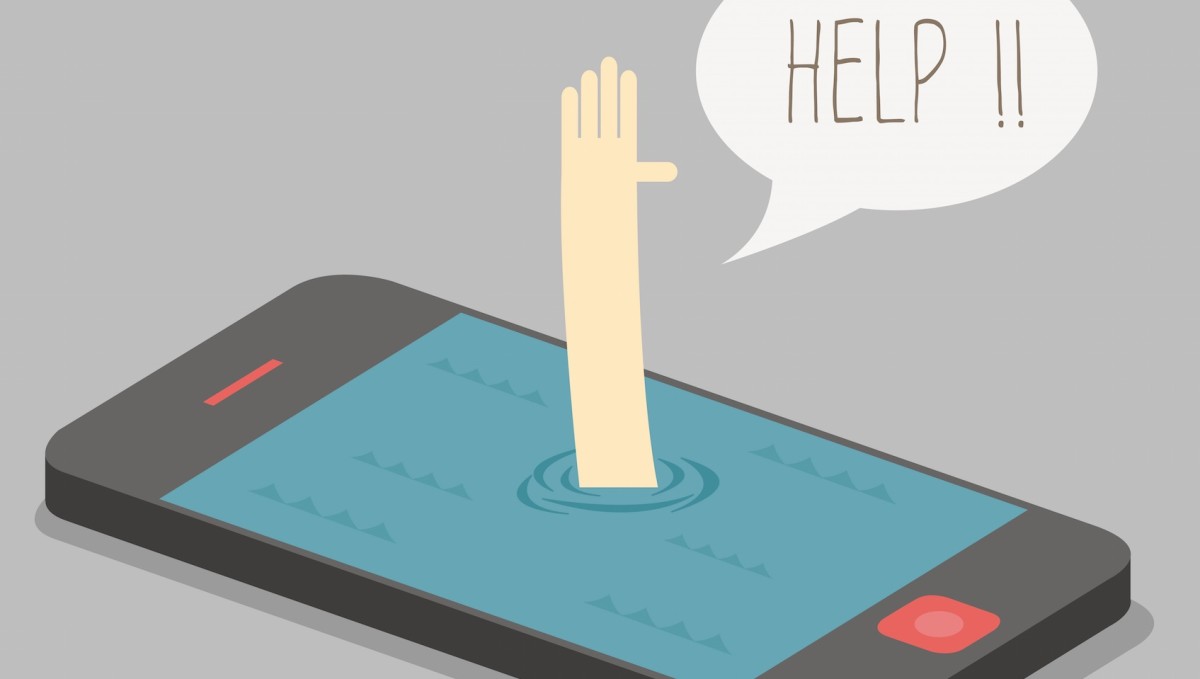 A recent Atlantic piece introduces us to Griffin, a teenage addict from California. Poor Griffin. He was woken up in the middle of the night, thrown on a plane and driven out to the Utah desert to start a rehab program.

His addiction? The internet.

Yes, addiction is a word we throw around a lot today. Supposedly we’re “addicted” to Game of Thrones, lattes and Crossfit as well. Lest we forget cigarettes, heroin and vodka.

So what about the internet? Is it the digital crack of our networked age?

Yes, says the media – perhaps because they themselves are addicted to the page views generated by sensationalist articles about the internet addiction of teenagers like Griffin.

The psychiatric community however, says no. Internet addiction is not listed in the Diagnostic and Statistical Manual of Mental Disorders, Fifth Edition (DSM-5), the standard classification of mental disorders used by mental health professionals in the United States.

“Internet Gaming Addiction” was included in an appendix, “as a condition warranting more clinical research and experience before it might be considered for inclusion in the main book as a formal disorder.” But that edition came out in 2013 – eons ago in digital history.

Okay, so here’s one way to test your internet addiction:

Replace “the internet” with “drugs” and you’ve got questions straight from the website of the National Council on Alcoholism and Drug Dependence, Inc.

So maybe we can be addicted to the internet. But if it’s a drug, what kind is it? For some people, it’s crack cocaine or methamphetamine — something that destroys careers and families and lives.

A recent poll by a British law firm revealed that one in seven people have contemplated divorce because of their spouse’s social media activity. A teenager ran away from home in China 10 years ago; authorities recently found her, alive and well, living in an internet café playing video games all day.

But for most of us, if the internet is an addiction, it may be more akin to fast food or sugary sodas. It’s something that perhaps we don’t need to ban, something that is available virtually everywhere, but something we should only enjoy in moderation, lest we suffer from its overuse.

It’s true that the internet-as-cheeseburger metaphor isn’t perfect. Most of us need to use the internet as part of our jobs, while no one needs sugar-laden sodas to survive. We can replace junk food with salad, but there’s no low-fat version of tech.

Our options are either: use the Web more or less. If people are addicted to digital technology the way they’re addicted to Diet Coke, Oreos or Big Macs, what business is it of anyone else’s? We know that obsessively checking Facebook isn’t good for us in the same way that a steady diet of sugar, salt and fat isn’t good for us.

But what we eat, like what we click on, is a personal choice. True, some people will eat or drink themselves into an early grave, but the consequences for most people stop at heartburn or an expanded waistline.

We’ve been through this before with unhealthy drinks. A 2012 attempt by New York City Mayor Michael Bloomberg to limit the sales of oversized sodas gave rise to a wide ranging debate about a nanny state and was ultimately defeated in court.

Within the bounds of the law, adults can do what they choose, including gorging themselves on French fries and ignoring their children in order to play games online. And while some people’s internet “addiction” will reach a dangerous, destructive level, most of us will “merely” see a decline in our attention spans, our health and our personal relationships.

That’s all? Internet addiction will merely destroy our minds, our bodies and our sex lives. So how was the play, Mrs Lincoln?

But what would a future in which internet addiction is a recognized medical condition look like? Yes, the multibillion-dollar recovery industry would, no doubt, welcome the development. Yet what would it do to our already burdensome healthcare costs?

Would our insurance premiums drop if we could prove we look at our families more than our smartphones? Would we see anti-internet television ads, 12-step groups and tech-free zones in public spaces?

This is no abstract debate amongst addiction experts. A world driven by the internet is the only reality hundreds of millions of young people have ever known. How would you protect the next two billion internet users from its overuse?

We don’t yet know the answers to these questions, but we need to start thinking about them. The way we’re headed, the next global addicts may be millions of teenagers like Griffin. Tomorrow’s great health crisis may not be herbal or chemical, but digital.

Read next: Stockfighter is a game that puts your programming skills to the test