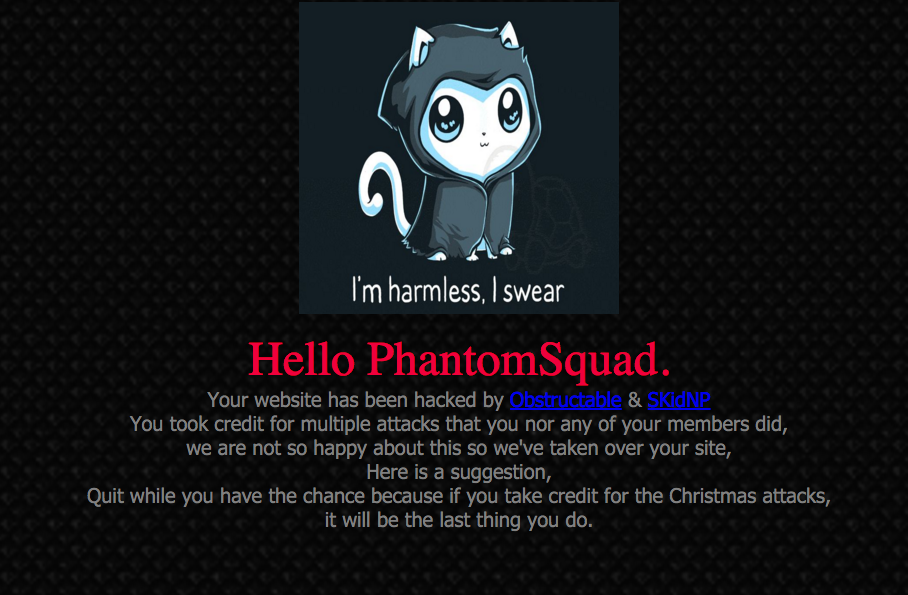 If you’re finding it difficult to get on Steam or Minecraft this Christmas, that may be because digital vigilantes SkidNP have decided to target the platforms in a bid to force both companies to improve their cyber security.

Speaking to Neowin SkidNP hacker @Obstructable confirmed they would take both of the gaming platforms down over the festive season, but only so that “they get stronger” at dealing with hacking.

We will be hitting them because we are trying to make services like them [prevent] these sort of attacks, so they get stronger… Anyone with a $5 booter can take down Xbox if they have the right IP.

SkidNP is now engaged in a ‘my hack is bigger than your hack’ feud with fellow hackers Phantom Squad, whose website the group just claimed responsibility for defacing.

The hack, which is still live, accuses teamPhantom of taking credit for hacks they didn’t do.

In a similar corporate hacking attempt, Phantom Squad claims it took out Xbox Live on Thursday.

Read next: Why Google is reminding us all it's a data vacuum