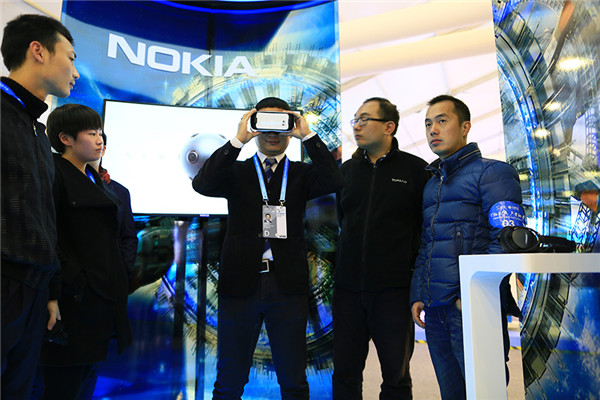 Wuzhen, a city in the country famed for its ‘Great Firewall of China’, has opened its doors for the second World Internet Conference.

Chinese President Xi Jinping used his opening speech to call again, as he did last year, for countries to respect each other’s cyber sovereignty. A message that doesn’t quite sit with the ‘shared governance in cyberspace’ theme.

But that’s not exactly surprising from the premier of a country that blocks services like Facebook and Twitter, and is this week trying in court a civil rights lawyer who wrote seven posts on China’s Weibo social network that criticized the ruling Communist party.

Bizarrely Xi Jinping’s speech was streamed on banned platform YouTube and attendees have been issued with special passes to let them bypass the Great Firewall.

Conference-goers have also been issued with a 10-point list of China’s internet success today, although people on Twitter have disputed some of its claims.

The index on press freedom from Reporters Without Borders (RSF) ranks China at 176 out of 180 countries for its treatment of journalists in 2015, leading the organization to call for a boycott of the event.

Freedom is our goal and order is our means… Controlling the Internet is necessary in order to correct rumours… [It] protects the rights and interests of Internet users.

The conference is organized by the Cyberspace Administration of China and the People’s Government of Zhejiang Province, and only appears to include heads of state from the Shanghai Cooperation Organization.

This organization was set up by Russia and China to increase support and development between the two superpowers, and acts as something of a counterbalance to NATO.

As well as welcoming Russian prime minister Dmitry Medvedev, full members of the SCO include Pakistan, Uzbekistan and Kazakhstan, so the guest list certainly doesn’t look like one Barack Obama would have written.

And, rather bizarrely, the World Internet Conference is taking place at exactly the same time as the UN World Summit on the Information Society conference in New York. Hence, if they were invited, other world leaders might have been a bit busy.

In spite of an apparently uncomfortable setting, it looks like Nokia has taken a stand here.

And although the New York Times has been denied a pass for a second year, the BBC’s John Sudworth has made the list.

And Bob Kahn, an American engineer who worked on the early internet with Vint Cerf, is definitely there.

Fortune called last year’s event a “fiasco” due to the Chinese government issuing a declaration of its intention to continue to police the internet as it wishes, which was delivered under hotel room doors.

This year, it’s expected that China will admit the need for foreign tech companies, as well as having to balance security with innovation. Xi Jinping has also highlighted the need for all countries to work together on counterterrorism.

Although it may be misleading to call this the World Internet Conference, China now boasts an internet population of 650 million, with the potential for its entire 1.3 billion to get online.

Whatever’s going on here, there’s lots of eyeballs – and potentially lots of cash – no matter what country you’re looking from.

Read next: Report: Google to spin off self-driving cars as a standalone Alphabet company next year