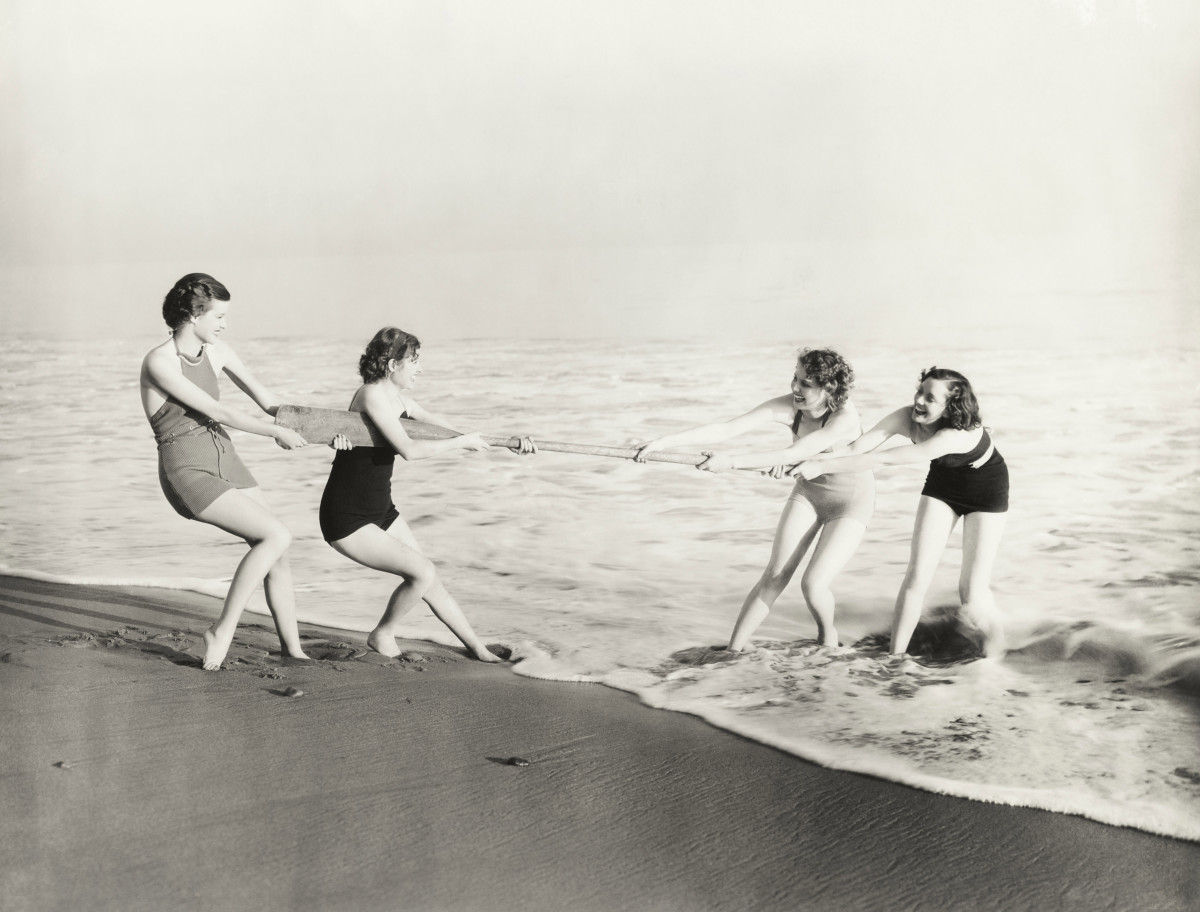 Appreciate the grandeur when it comes to the sheer number of applications across every category imaginable. There are an average of over 1,000 submissions per day to Apple’s App Store daily, with a total of 1.7 million apps available for download.

Each of these millions of app producers had to choose between charging a price to essentially monetize initially upfront (and what that price would be) or offer the app for free and then monetize within the app (which 73 percent of them do).

Charging for an app is risky business; a costly app is assuming consumers will find value in the app when there are likely free alternatives. Free applications see more initial installations, but then that is where the creative in-app monetization begins.

There is almost an endless number of features that could be monetized across mobile apps – freemium models, annual memberships to view locked content and specialty tools that level-up in mobile gaming. But, relying on the subjective consumer’s needs and wants to ensure app monetization is a game of prediction that quarterly profit goals cannot rely on.

So, what’s a mobile app maker to do? Do what has been done since the advent of the consumer’s Internet — serve up ads.

Love them for their money-making potential or hate them for their innate qualities of intrusion, disruption and distraction, ads are an integral part to monetizing on mobile, particularly with free services.

Mobile advertising is only increasing and brands are willing to spend. Mobile ad spend reached nearly $14 billion in 2014, almost double the $7.7 billion spent in 2013. It’s a golden era for mobile ad monetization. Before you dive head first into the pool of mobile ad monetization, be aware of the challenges you’ll meet and how to change the face into the ultimate success story.

Challenge: decreased engagement and affinity for an app due to ads

A common challenge with mobile advertisements is they distract and annoy from the user’s engagement, ultimately leading to less use or app deletion. And, having your app being pulled into the trash is far too likely an occurrence.

A 2013 Compuware study reported 80 to 90 percent of all downloaded apps are used once and then eventually deleted by the consumer. This is where it pays to think outside the screen and traditional advertising placements in order to keep engagement high and active as well as positive sentiment strong.

Ad models are inherently different – some are prolific in their conception. For example, rewarded ads allows your app to team up with advertisers who put their name on an incentive for app users. When the user takes a certain action, such as viewing a video ad, installing another app or signing up for an email list, they are then rewarded. This reward redemption usually lives in the form of a gaming upgrade, virtual currency or an online discount on goods or services.

This model is attractive to advertisers for the ability to grow their number of users quickly from a pre-established, on-brand, demographic. Plus, the app’s engagement ability is enhanced through the incentive. As the reward center bell in the user’s psyche rings, they’ll want to continue using the app for the chance to further redeem coveted incentives.

As far as positive sentiment goes, incentivized advertising is a leader of the ad pack. Forrester Consulting, in a commissioned study by Tapjoy, found that, “…rewarded advertisements—ads in which consumers are rewarded for their engagement—boost customer sentiment about a brand, increase relevancy, and drive significantly more interactions than ‘traditional,’ automatically served in-app advertisements.”

The game Two Dots offers such rewards for extra lives and booster boxes to users for watching video ads at certain points during the level and life progression. Even if the user doesn’t click through to the advertised product, they are still rewarded with game components they seek. Out of lives and don’t want to wait? Watch a video to receive the reward.

The fitness app RunKeeper also uses this model to encourage users to continue tracking runs with the app in exchange for exclusive rewards from on-brand advertisers. This works well for this app’s functionality as most users won’t have the time, energy, or attention span to watch a video ad during their run or view a drop-down banner ad each time they open the app.

Challenge: payouts are confusing or delayed

Developers, when enlisting a mobile ad network to in the management and maximization of potential revenue, there are many qualities to consider. One of the make-or-break elements should be the payment structure and method. The whole point of mobile ads on your app is to make money with a certain amount of ease and stability. If the money you’re making isn’t quickly available or the structure is confusing it defeats the purpose.

Net 15, 30 and 60 payments schedules are common meaning the revenue rolls in 15 to 60 days after the earnings. While that may work for some, immediate payments for a continuous cash flow is optimal. You’ll also want to determine which payment method fits your business and if that method is available in the prospective ad network. Here’s the bottom line — look for consistent payments, a schedule that fits your circumstances, and an attractive payment method.

Not waiting for additional funds to recycle back into research and development? Sounds like a successful business plan.

Before the app can begin to collect revenue from ads, a SDK (software development kit) needs to be integrated allowing for the mobile ad network to serve the ads.

Adding and removing SDKs of multiple ad networks, along with the app store updates that come along with these actions, is time intensive and, frankly, unnecessary. Ad mediation technology cuts down on the stress of managing hundreds of SDKs and tracking eCPM.

Quicktime integration, support for all major frameworks (think iOS, Android, Cocos2d, Unity, etc.), and a manageable amount of code lines should be top of mind when choosing an ad mediation service. Such a service should also be able to provide real time analysis of offers from ad networks and RTB exchange to optimize the eCPM without constant tracking.

While there is a plethora of mobile ad partners companies can pair up with, many for the sake of ease and simplicity, choose a singular partner. All through the review process of the partner all may seem well and good, but over time it’s quickly realized that the singular ad network has cornered a monopoly over the hiring publisher’s inventory.

With no competitors in the smartphone-sized picture, there is little incentive for the network to provide maximum competitive monetization rates. You get the picture right? It’s good for the mobile ad network but not so much the developers.

The solution (other than trying to manage business relationships with one too many ad networks) is to find an ad mediation platform that automatically optimizes ads. How does this happen? Look once again to Appodeal as an example.

The platform has integrated all major ad networks and exchanges so they have the ability to serve advertisements on your app based on the most revenue instead of bids from advertisers all thanks to the power of negotiation. Bids from networks and exchanges are negotiated in an open, transparent auction, and all bidding parties recognize competition. Very democratic, capitalistic, and far from a monopoly that ultimately benefits the app makers.

Consumers are not the enemy and they are not dumb. In a study by IPG Media Lab, 63 percent of those surveyed said they acknowledge mobile advertising is necessary for free apps. People more or less accept advertising, but they don’t have to like it. And that’s the challenge. How to make ads attractive to these consumers who are spending a sizable part of the day using their mobile devices for non-voice purposes.

According to eMarketer U.S. adults will spend an average of three hours and eight minutes daily on mobile devices (voice phone call excluded). This is a lot of time to potentially spend with a user and the mobile app space should be used, valued, and upheld accordingly. Noelia Fernandez Arroyo, managing director of business development and digital transformation, Spanish publisher Prisa, may have said it best in an interview with Digiday,

There has to be space for high quality advertising, both through targeting and through great creative. There has to be a good balance between what small niche audiences are willing to pay for as well as users who are comfortable with advertising experiences.

Arroyo hits the ad nail on the head. Advertising held in the palm of a hand should be an experience. A story that sucks the user in, or a mission they feel they must complete, perhaps a highlight reel so convincing they must have it. Whether it be a native advertisement, video, or interstitial interactive ad, the creative should be aesthetically pleasing and engaging. So, carefully vet the advertisements that are running on your platforms. Ask your team, “What would we want to be forced to look at for 30 seconds?”

Serving content to the appropriate viewing eyeballs has long been a challenge in digital advertising despite the promise of the Internet that audiences will be easier to pinpoint than traditional forms of advertising (radio, billboard, print, TV).

Like all forms of advertising, we take notice of the ones most applicable to us. If you see an ad online for an on sale baby stroller and you’re not a parent, you’re likely not going to click-through or even pay it a millisecond more than an automatic glance. So, if you’re viewing an ad on the small screen in-hand it better be targeted to you to avoid extreme innate disdain and frustration. People have come to expect personalization in the form of context and location. Anything else less than relevant is less than acceptable.

Mobilewalla was an early leader in attempting to engineer big data of more distinctive, applicable demographic information through consumer app store reviews, social media public posts, and information shared from publishers. The technology, outlined in The New York Times, works similarly to the “collaborative filtering” elements of companies like Amazon to serve up recommendations.

The solution is to enlist a network or platform that tracks user interest and behavior. This should then be applied to the programmatically chosen ad, resulting for boosted revenue and user satisfaction.

What are some of the greatest challenges you’ve faced with mobile ad monetization? Tell The Next Web community in the comments below.

Read next: How mobile device management saves your time