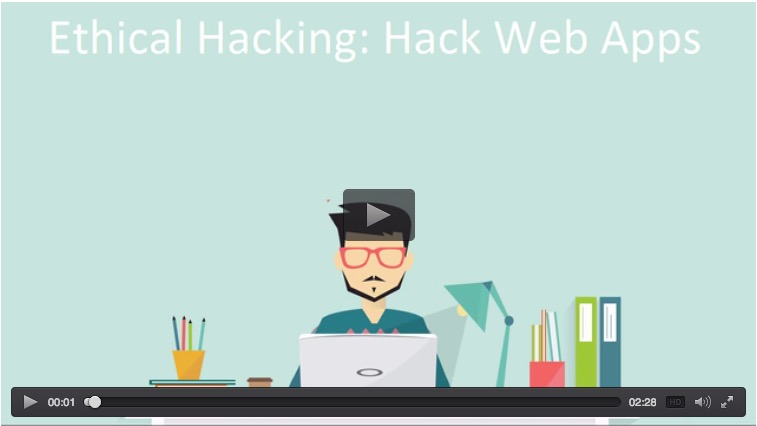 Well, that’s exactly what’s happened to Troy Hunt, a security expert and author, who regularly posts courses on Pluralsight about security and hacking.

His most recent post was titled ‘Ethical Hacking’ and late last night, Hunt spotted a tweet that linked to his course on another online-learning site called Udemy.

@troyhunt Hi Troy. Looks like someone stolen your course from pluralsight and sold on udemyhttps://t.co/xxrQCRrIoOhttps://t.co/EwpaVCO7a7

Hunt is currently working on an Ethical Hacking service for Pluralsight that’s based on the Certified Ethical Hacker Program, so at first he thought the course on Udemy may be based on the same thing, but not be his actual one.

However, as Hunt told TNW, he was shocked to see the video had just been modified to remove his “Hi, I’m Troy Hunt” introduction… And that’s it. Someone else has ripped his video and re-uploaded it as their own on Udemy, charging £37 ($55) to watch it.

Where there was a slide showing Hunt’s name and Pluralsight’s logo, there is now a graphic of a man at a desk. The logo has been blanked out in subsequent slides as well.

As an author, Hunt receives royalties for his courses but Pluralsight is the legal copyright holder of all content. Hunt confirmed that he has informed Pluralsight, which is following up with Udemy about the plagiarism.

A rep from Udemy got in touch with Hunt last night to say that as an online marketplace where essentially anybody can post a course, the company does its best to catch copyright violations, but doesn’t get them all (clearly).

Udemy later followed up with another email to say it was looking into having the course removed… That was almost 12 hours ago now and the pirated material is still up.

Hunt’s work for Plurasight provides the majority of his income, he explained, so the longer Udemy leaves the video up, the more money he could potentially be losing.

They’ve obviously missed outright plagiarism and if they can miss that, the chances of them actually verifying the accuracy or quality of course content seems very low.

Paradoxically, the extensive preparation, approvals, peer reviews and quality controls I go through with every Pluralsight course are now being used to Udemy’s financial advantage when clearly they’ve lacked these controls themselves.

With so many people relying on Udemy for training content, it should certainly be the company’s priority to reassure them that there is a process of verification for new authors and content because right now, it’s starting to look like that might not be the case.

Udemy has now removed Hunt’s course and sent this statement:

We take intellectual property rights seriously and act quickly to remove content when we are notified of any potential copyright infringement.

It appears Hunt isn’t the only one to have his content ripped off on the site though. Since the publishing of this piece, more people have come forward to say they have had the same problem with the online-learning platform.

As co-founder of Tekpub Rob Conery wrote on Medium, Udemy is essentially profiting from this type of piracy. Conery was prompted by Hunt’s situation to search for his work on Udemy. It took him less than 3 seconds to find one of his Pluralsight courses had also been pirated. The culprit was clever and used the username Robert C to appear as Conery.

It is an ongoing issue, which Udemy appears to be relying on its users to solve. The claim it repeatedly makes is that it’s a platform, so its users are the ones who need to alert Udemy to any copyrighted material, which makes you wonder if Udemy actually has any other ways of finding the plagiarized material.

Read next: Snapchat and Instagram experiment update: Turns out this is harder than the kids make it look