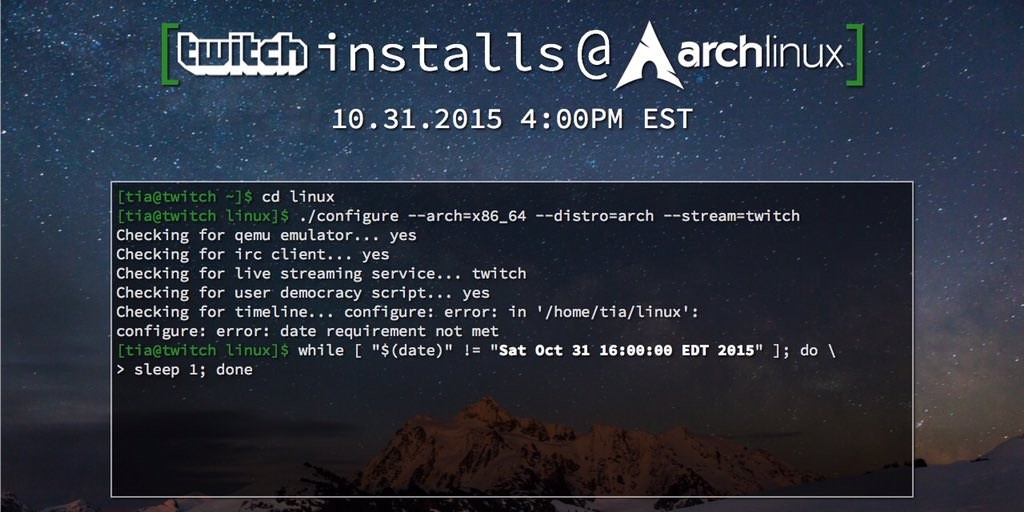 At 4PM Eastern on October 31, the social experiment will see users enter commands in Twitch chat alongside the livestream. Every 10 seconds, the most popular keystroke will be entered into an Arch Linux virtual machine in a bid to successfully install the OS.

Of course, that goal might be hard to reach, because trolls. Since it’s Linux we’re talking about here, viewers can botch the whole process by entering and voting on counterproductive commands the OS allows, including one that can wipe the system’s hard drive.

However, if people play nice, they’ll stand to win prizes that Twitch will give away each time a goal is met, like booting Arch Linux, writing a ‘Hello World’ script in Python and installing a Gameboy emulator and firing up Twitch Installs Arch to Play Pokemon.

If you’re interested, head to the stream that’s set to go live in about 14 hours from the time of writing (4PM Eastern, 1PM Pacific, 8PM GMT, 1:30AM IST).

Read next: The beauty and brilliance of 3 amazing kinds of GIFs