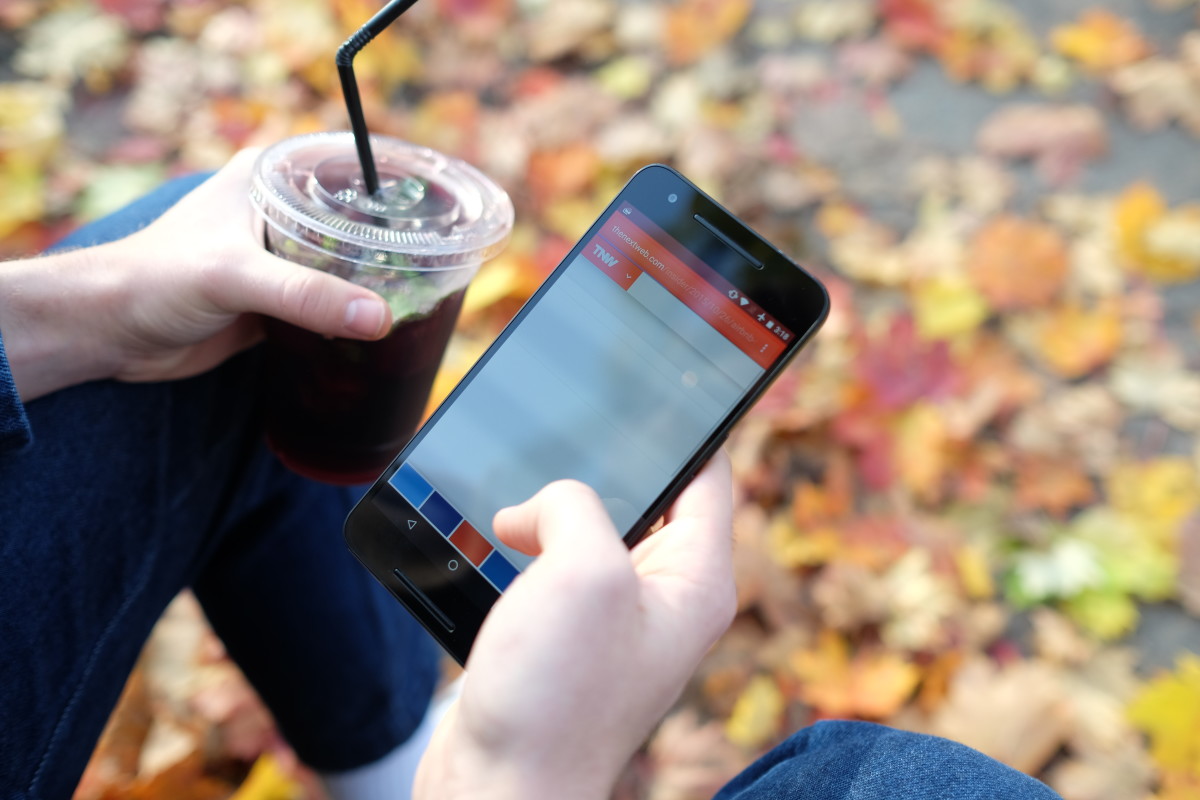 I gave up on Android some time ago, after a six month stint with the Nexus 5. I was a long time user of Google’s devices, but Apple was consistently beating even the best flagship Nexus phones on performance, camera and phone build every year.

Now, two years on, I’m revisiting Android for the first time. The last I tried the platform, Lollipop was just being finalized, but I switched to the iPhone 6 Plus because I couldn’t wait any more.

The Nexus 6P, however, offers an interesting new paradigm: Android has come a long way from two years ago and Huawei has delivered a phone that’s in the same form factor as the 6 Plus, but with a larger screen and its ‘best yet’ camera.

Is it time for you to get a Nexus? Read on, or check out our lightning video review.

This phone is big, or at least, it feels it. Its physical dimensions are about the same as the iPhone 6 Plus, but sports a slightly larger display — 5.7 inches versus 5.5 inches — which feels enormous in your hand, despite the small difference.

It’s not uncomfortable if you’re OK with the iPhone 6 Plus already, or something like the Galaxy Note, but it’ll feel unwieldy at first if you’re coming from anything else.

The size is worth it for the lovely, vibrant AMOLED screen, however, which stretches from edge to edge since there’s no home button in the way.

The Nexus 6P is wrapped in aluminum, which feels cool to the touch and has a slight texture, rather than the smooth, slippery back found on many phones.

You can choose from three colors — silver, white or black. I only saw the black in the flesh, but I’m a big fan of how muted the color is.

Instead of a protruding camera lens, it’s slightly thicker along the entire top of the phone so it doesn’t wobble on a table.

The biggest thing you’ll notice, particularly if you’re coming from an iPhone, is that the fingerprint sensor is at the back called ‘Nexus Imprint.’ My instinct after a few years of using Touch ID was to shun that decision, but it’s actually kind of awesome — it’s right where your finger naturally sits a lot of the time.

In general, that fingerprint sensor is impressive. Unlike competing Android implementations in the past, it’s incredibly fast and reliable — about what you’d see on the iPhone 6s and just as dependable.

I never had a problem with misrecognized fingers, which surprised me, having tried Samsung’s messy version in the past.

Some big problems come from that placement, however. As soon as you put it down, you realize it’s impossible to fingerprint unlock while it’s sat on your desk without picking it up. Minor problem, but one that bothered me almost every day.

More bothersome was the fact that I constantly set off the damn thing by accident. On the iPhone, Touch ID doesn’t activate until you physically press the home button to wake it up, but the Nexus’ sensor doesn’t press to trigger — it just goes off when you touch it.

When the phone fails to read your fingerprint, it vibrates just a little. The problem with that is that every time I put my hand in my pocket, the phone would touch my hand ever so slightly and fail to read… repeatedly. It’s a little too sensitive, but I’m not sure how it can be fixed.

All things considered, Nexus Imprint is a nice touch which makes the transition across platforms a little easier. I did struggle, however, to break the habit of instinctively pressing on the front to unlock for a few days.

Once you’ve unlocked your phone with your finger for a few years there’s no way you can go back, so it’s nice Android finally got a great Touch ID competitor.

The camera has always been Nexus’ achilles heel, but Google has finally managed to reverse the trend. The 6P consistently delivers, in both ideal and poor conditions.

I tested the device for about 9 days and found that in general, the 6P took as good photos as my iPhone 6 Plus ever did, occasionally with better color saturation and detail. It’s unheard of to get this level of quality in an Android device, let alone a Nexus.

Google claims the new 1.55μm pixel size in the camera makes more vibrant pictures and works better at night. I was skeptical about the claim that “bigger pixels” make better photos after being burned by HTC in the past, but it seems to have rung true this time around. 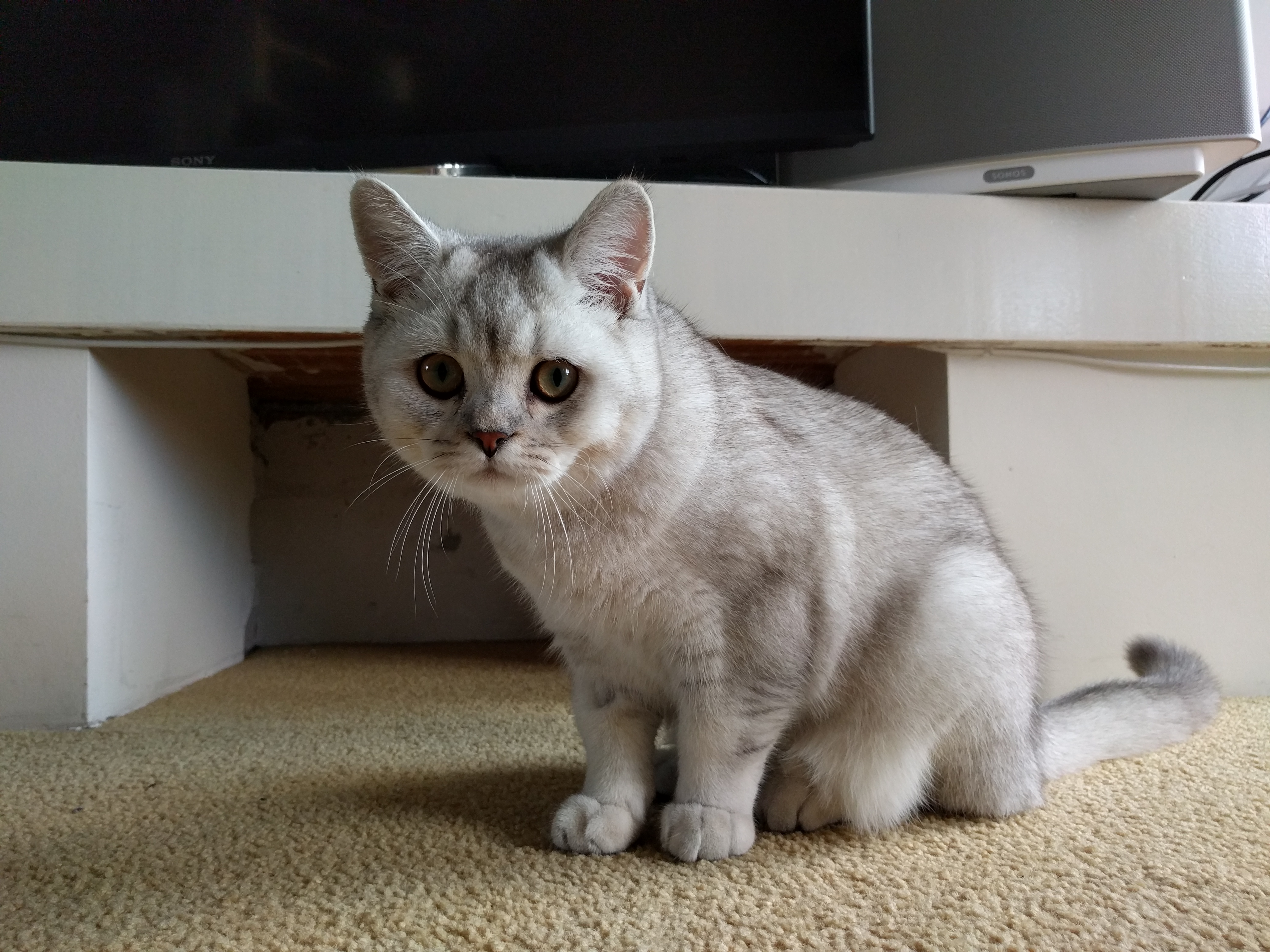 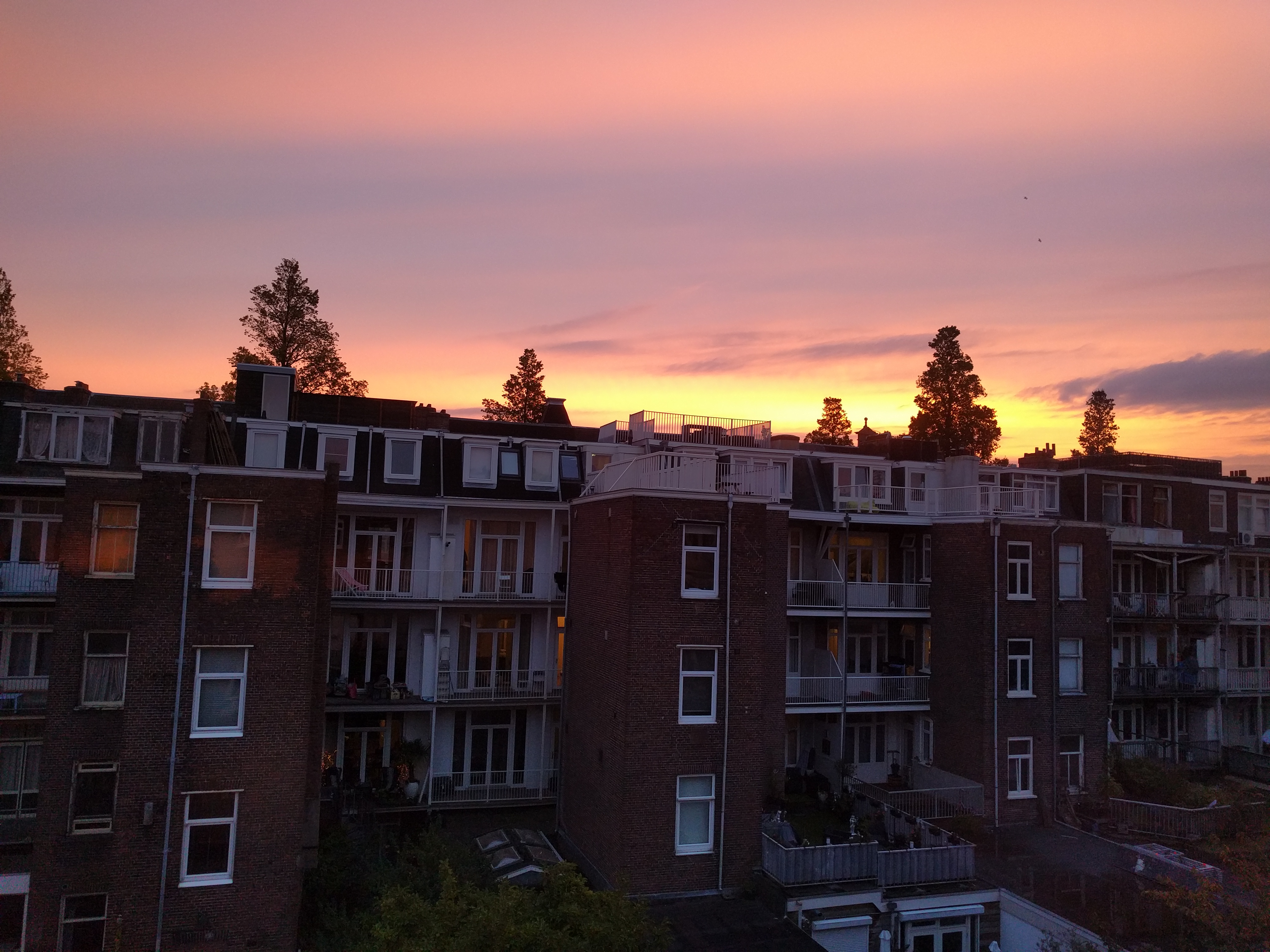 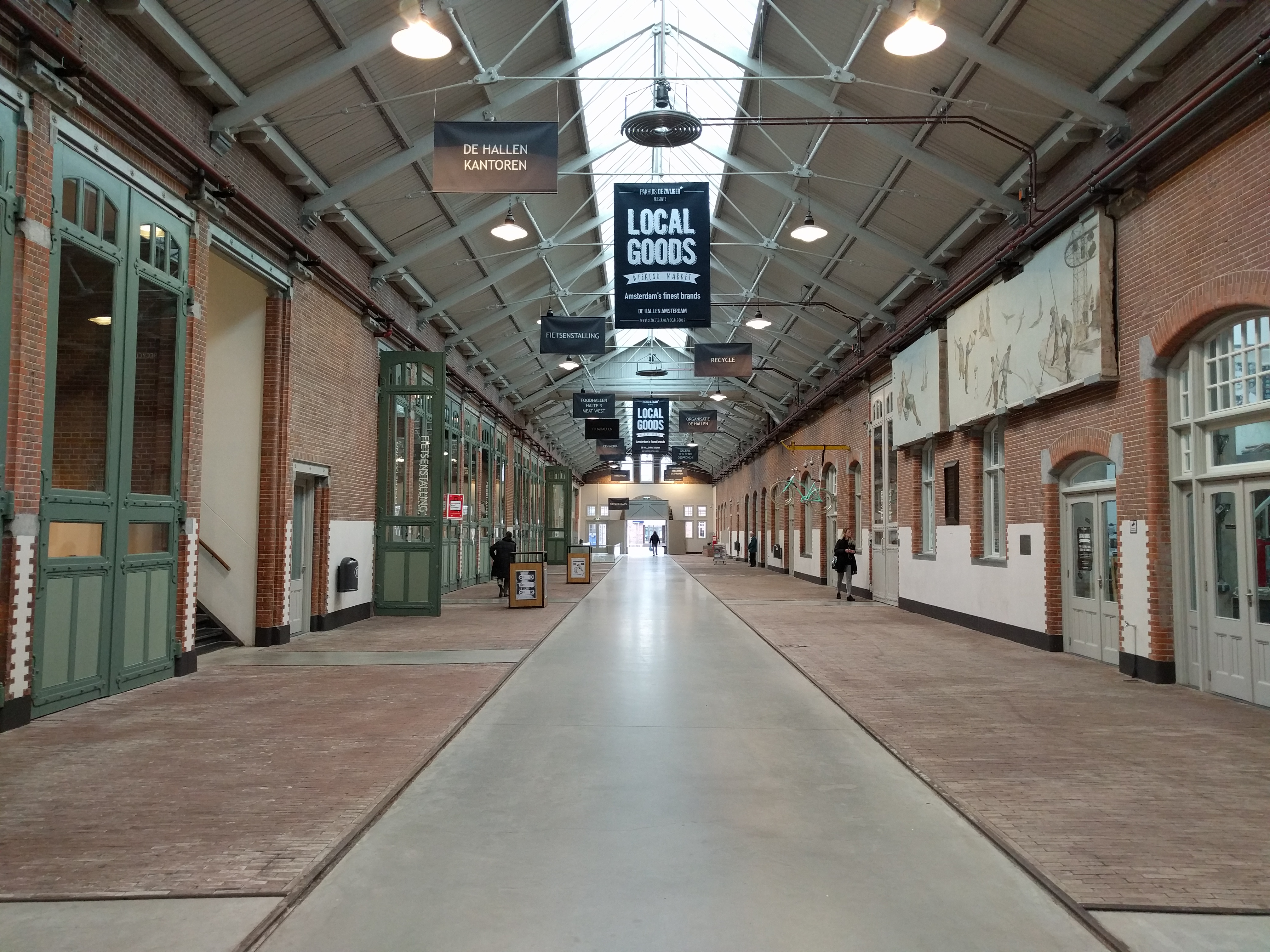 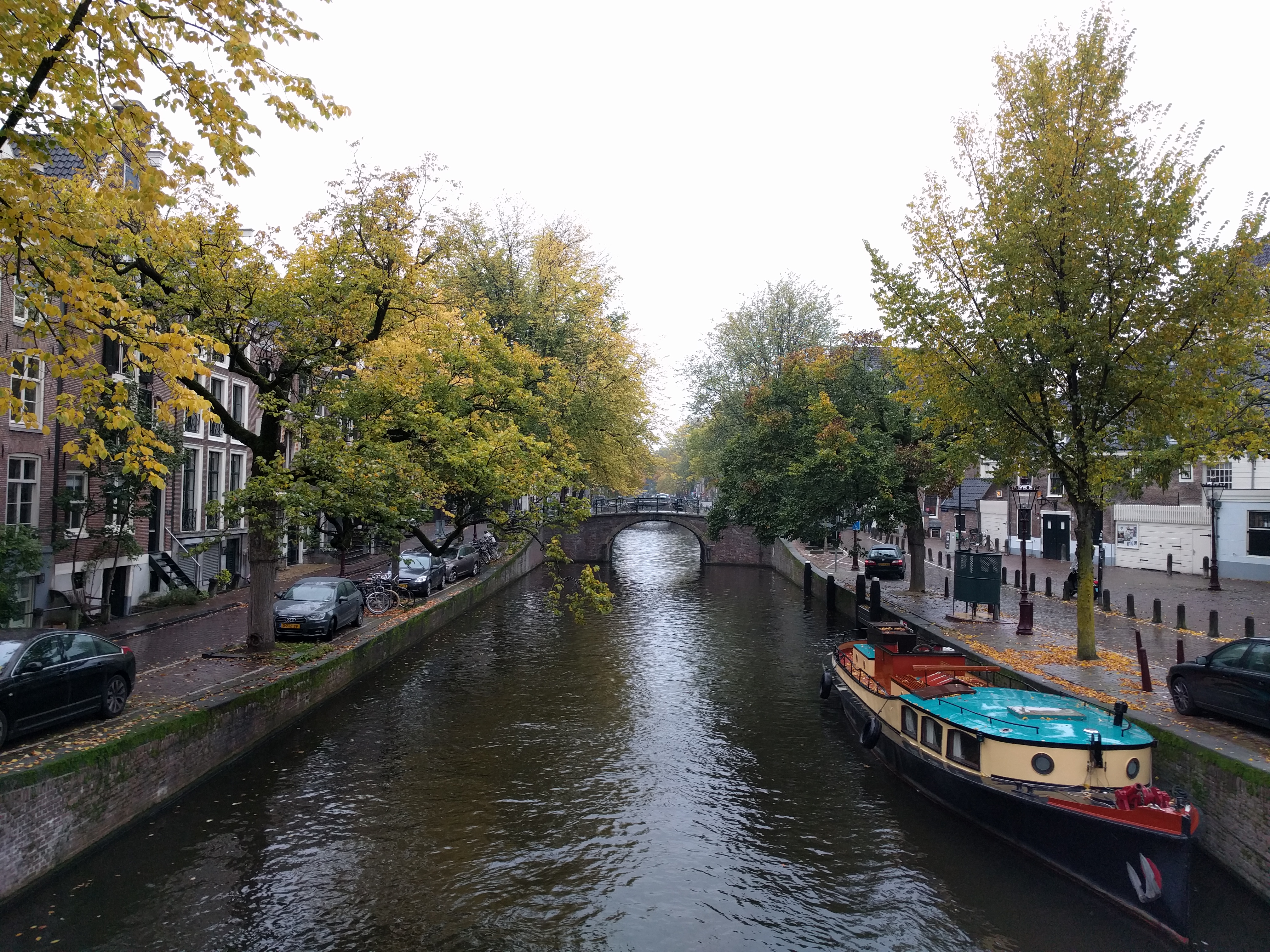 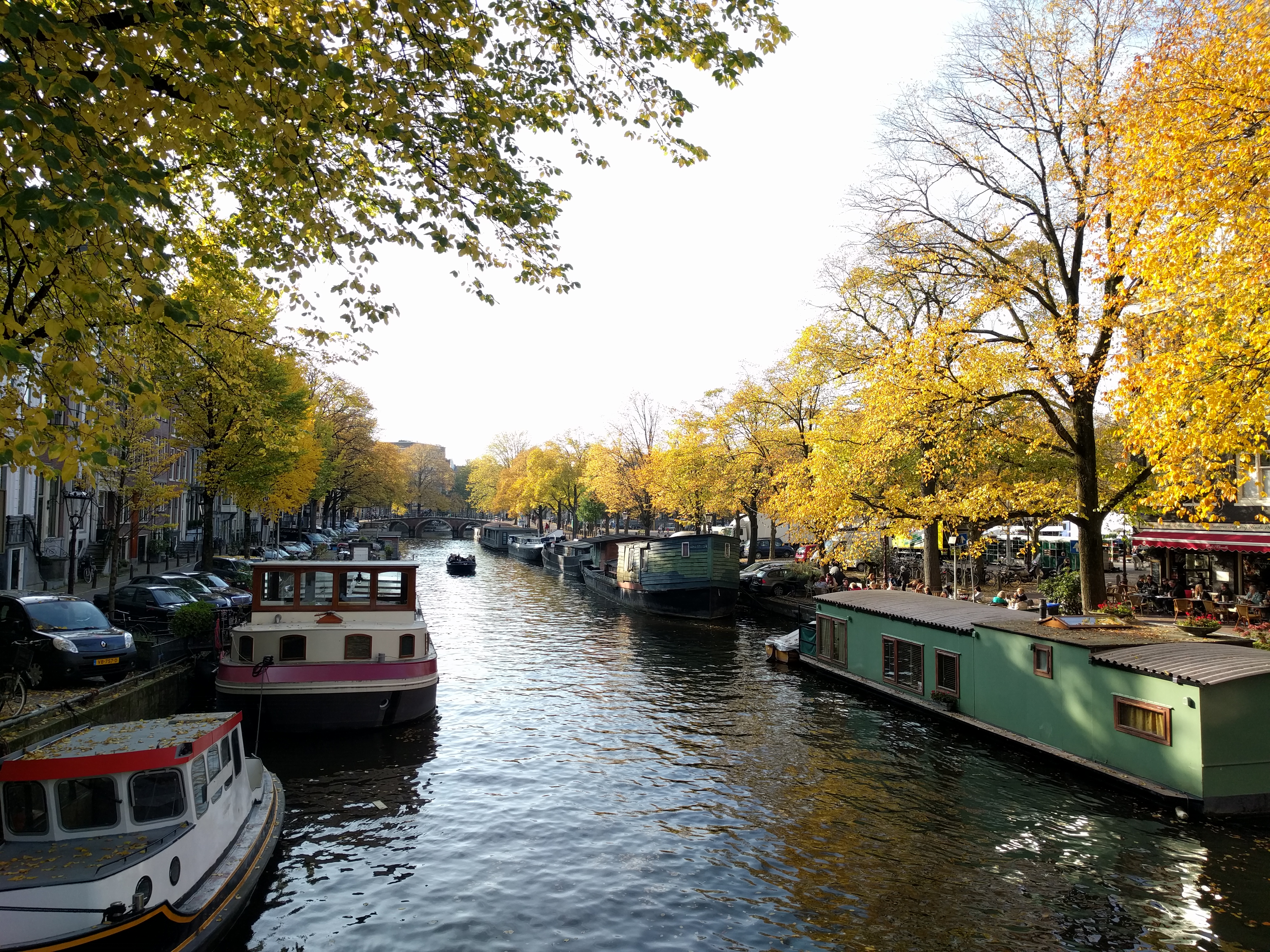 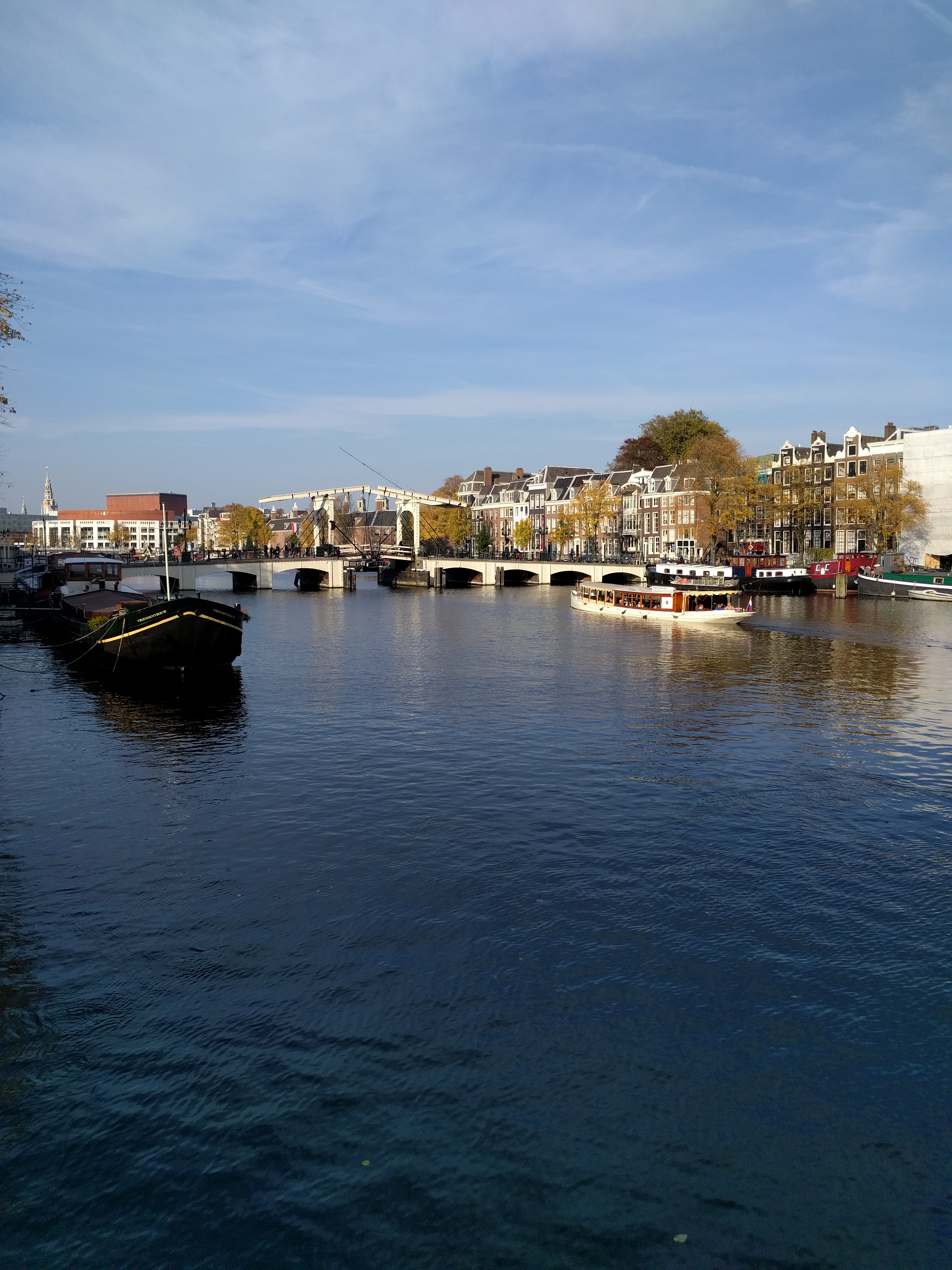 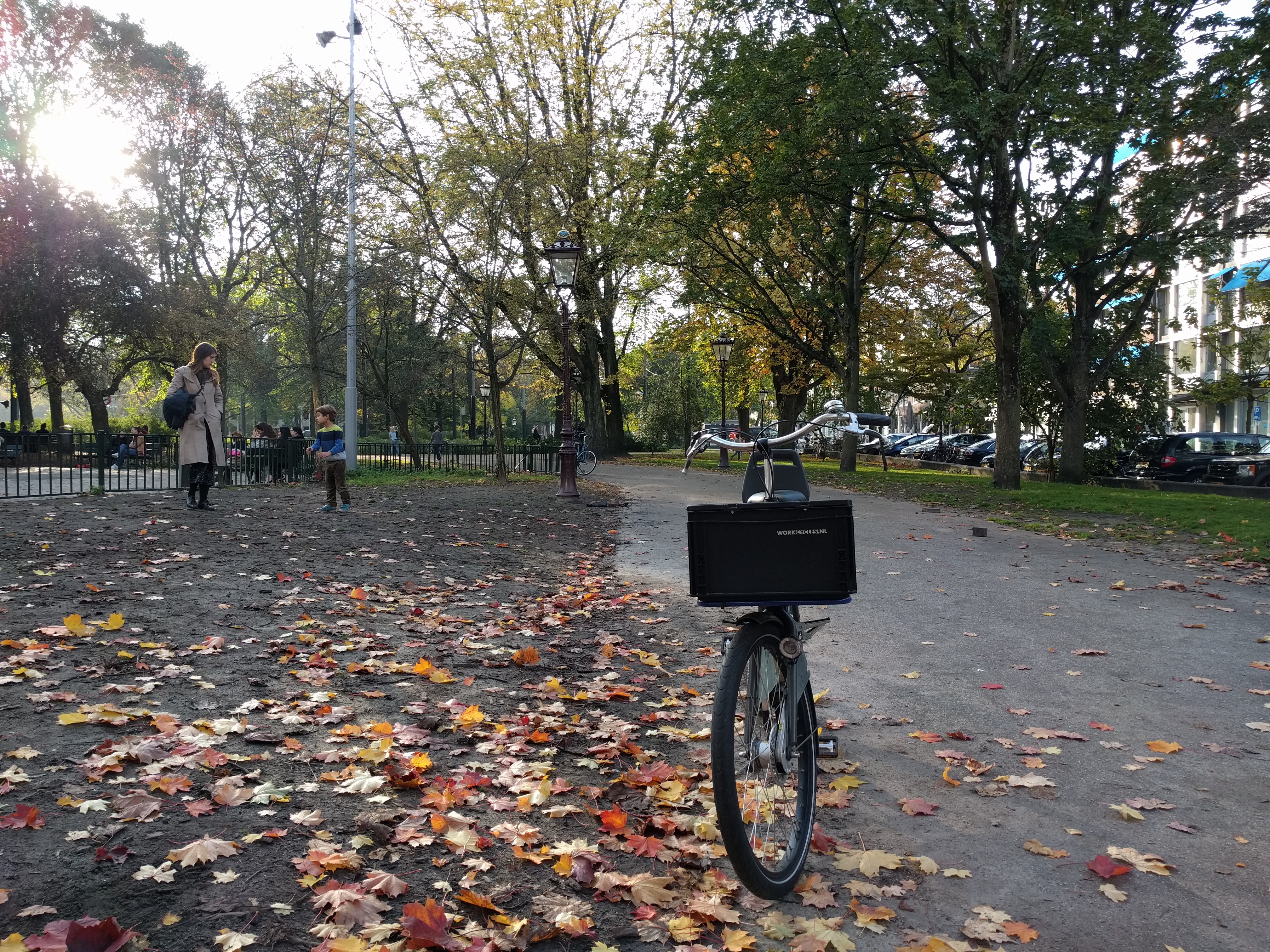 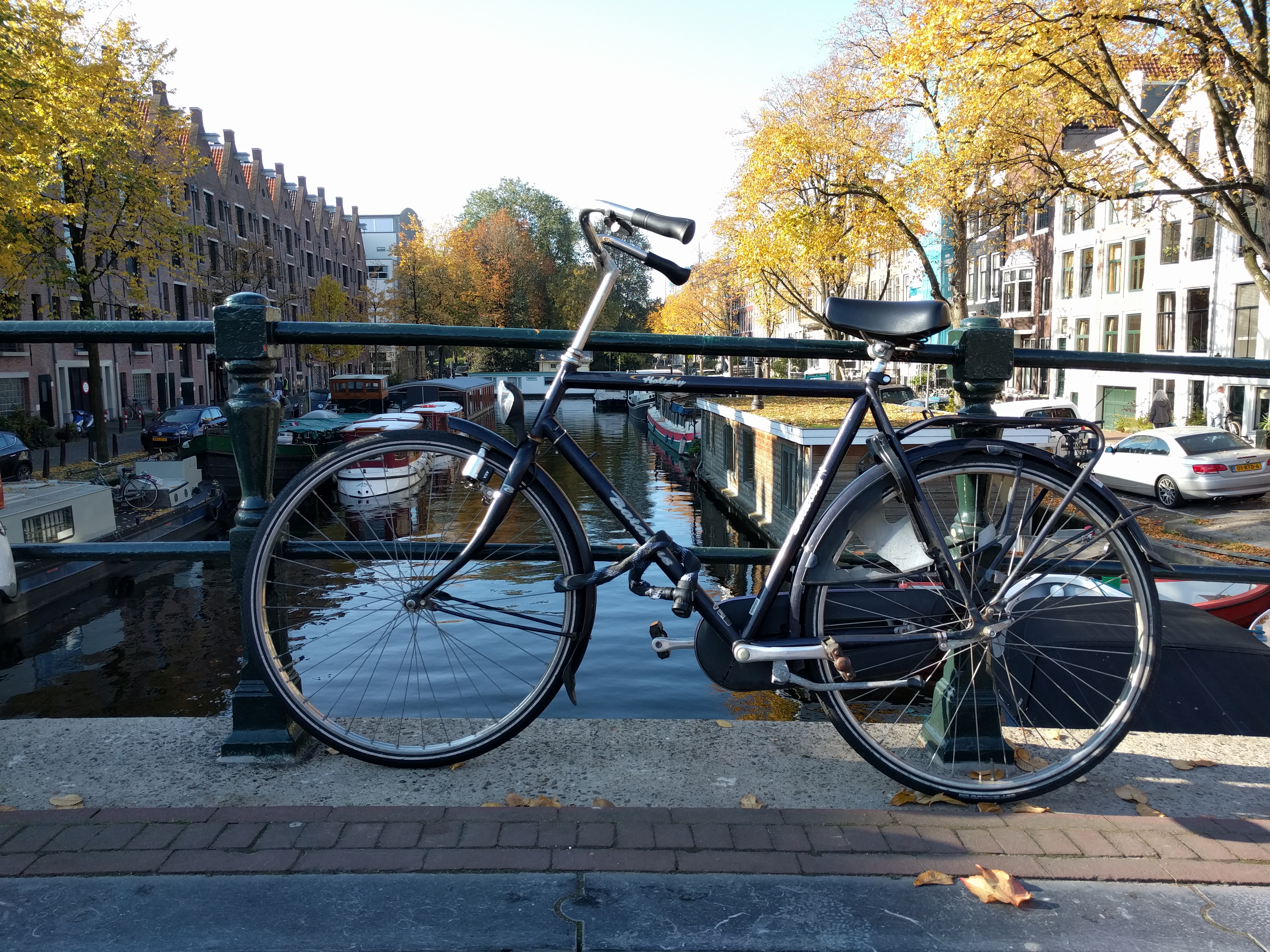 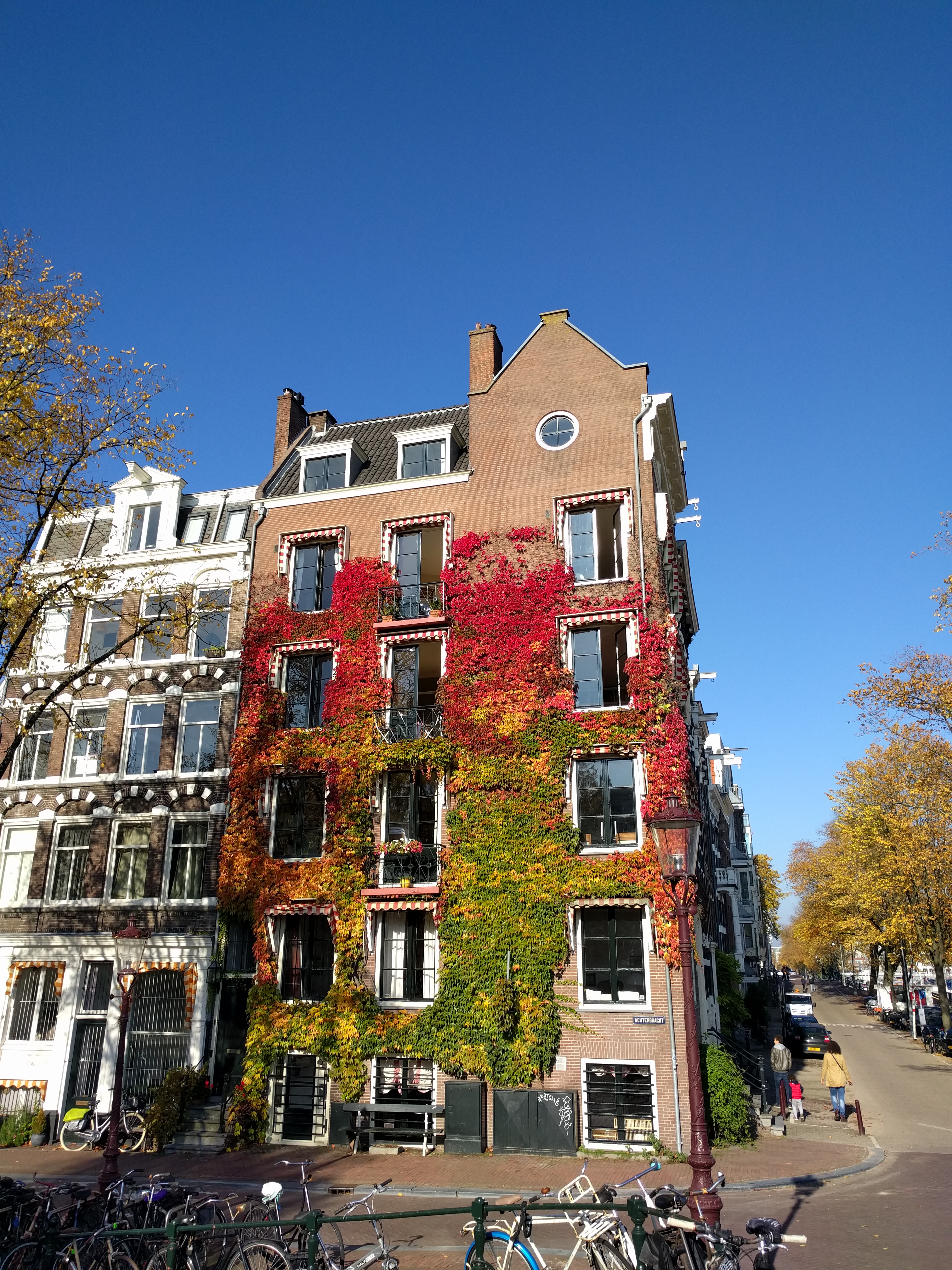 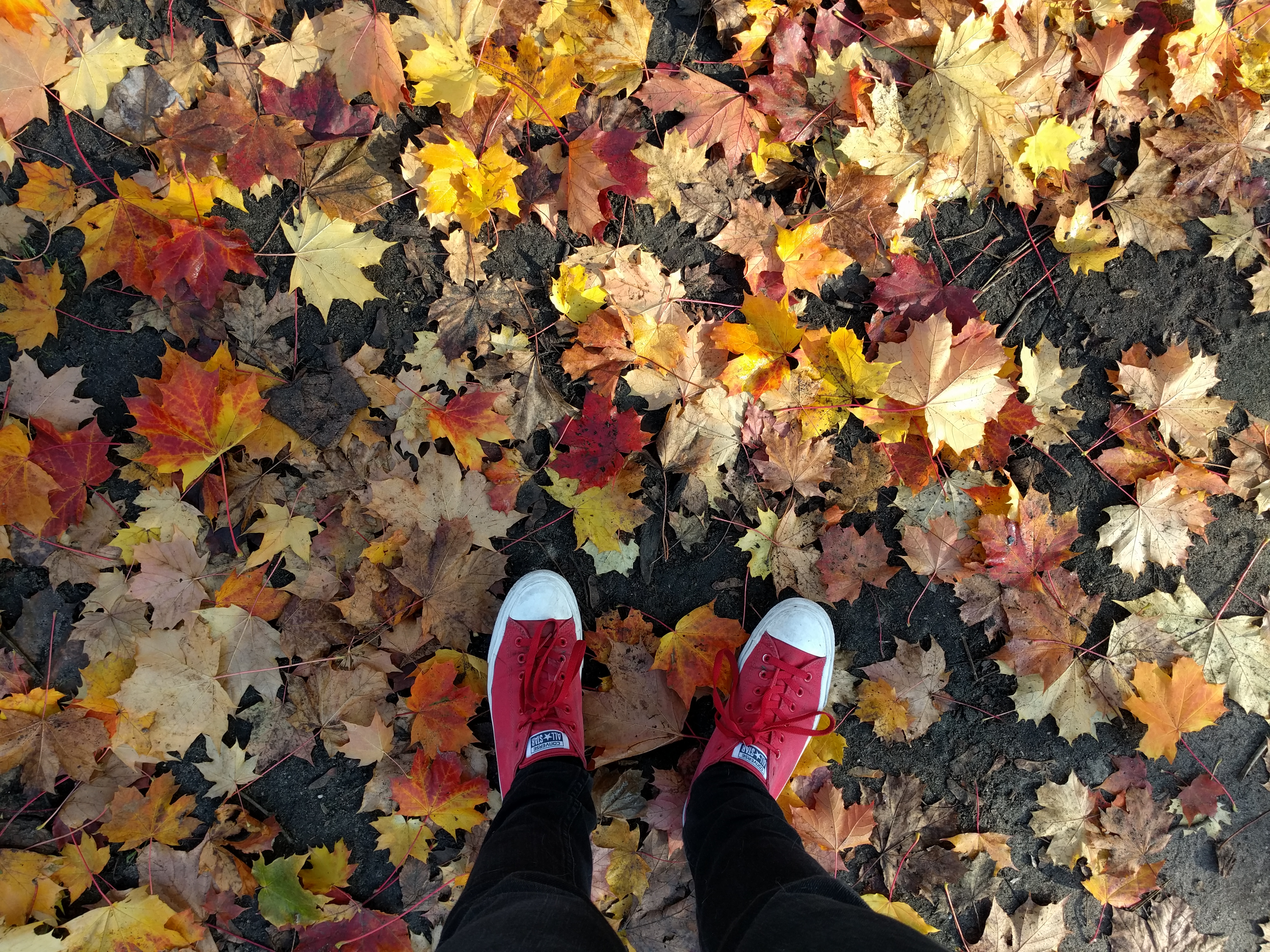 Above is a gallery of images pulled straight from the Nexus 6P without any editing. They’re amazing.

Many of the improvements are because Google and Huawei opted for a Sony camera chip this time around that uses larger pixel sizes to let in more light, faster for better photos — it clearly shows. All that you need to know is that it’s reliable enough to be the only camera you need.

The camera is capable of impressive 4K video, and 1080p slow-mo at both 120 + 240fps. Video quality is great, but I was disappointed the company didn’t include optical image stabilization with such a focus on the camera — it claims it isn’t needed, but when shooting video you can tell the difference.

They say the best camera is the one you have in your pocket, and that’s always been true with my experience with iPhone, but I’ve never been able to trust Android in the past. I can safely say that’s changed, finally, with the Nexus 6P.

I love the camera, and would happily abandon my iPhone for it. It’s that good — sure, I’m comparing to last year’s iPhone, but it’s an impressive feat for a Nexus device.

Remember when battery life on Android was a mixed bag of frustration? I do, at least. When I was using my Nexus 5 a few years ago, I found it a stretch to make it to the end of the day and I remember spending countless hours on other Android devices trying to stretch it as far as possible.

I’m happy to say that with the Nexus 6P that’s no longer necessary. Google’s finally wrestled the excessive battery drain problems under control and I can happily make it through a day of heavy usage without feeling like I need to be tethered to the wall.

For those days when you’re using it more than normal, it feature fast charging, which gives you up to seven hours of charge in about ten minutes. This alone makes the iPhone feel like it’s left in the dust — I’m perplexed as to why Apple has adopted it in devices like its new Pencil for iPad Pro, but not the iPhone itself yet.

Fast charging makes worrying about the next time you can top off the battery far less stressful, and it’s awesome.

Another smart feature in Android 6.0 shows notifications in a low-power mode when you pick up the phone, rather than power on the screen every time a new one comes in, which makes a big impact on battery life. It’s cool to be able to see everything at a glance without having to push a button or anything.

By the way, USB-C is the default on this new phone, so get ready for the future where you’re scrambling to find the right cable for your computer. If you’re already on a more modern computer, like the Chromebook Pixel or MacBook, you’re going to find this a breeze.

If you’re not, get ready for some frustration — it’s nice to see Google leading the way, but I wasn’t quite ready to need to replace all my cables again.

So, with my total surprise at how great the Nexus 6P is, would I switch? The answer isn’t completely black and white.

The Nexus 6P is undoubtedly Google’s best Nexus yet, and arguably the best Android phone to date, but I find myself struggling to break out of Apple’s ecosystem. My issues aren’t so much with the handset anymore, but with Android itself and Apple’s insistence on locking you in.

As soon as I switched across I missed two things: Apple Watch, and iMessage. It was easy enough to switch to WhatsApp, but there was no way to actually communicate iMessage wasn’t a way to contact me anymore.

That aside, my biggest frustration with Android remains the rift in quality of apps. Even the most popular apps, like Twitter, have a noticeable lack of thoughtful design on Android and are clearly inferior to their iOS counterparts.

Some apps I use daily were missing features that their iOS versions have, presumably because their developers don’t dedicate as many resources to Android — it’s strange to see that this is still the case.

The situation there has improved significantly since I was last on Android — it’s bearable now, but a frustration having come from the other side. App designers on iOS still put in more thought as they’re building their apps, and while it’s improved slightly on the Android side, the difference between identical apps is still stark.

Looking around the Play Store, Material Design is obviously gaining traction but it’s haphazardly implemented and Google’s loose enforcement of the guidelines means there’s no sense of consistency in the near term.

Even the largest app developers — Facebook and Twitter — are yet to embrace it fully, still using their own weird mix of design that feels out of place.

I don’t think it matters as much as it once did, but it’s something to be aware of if you’re considering the switch. The rift was immediately obvious to me, though might not annoy most people as much.

Google has made huge strides forward in this area, and the situation is improving, but it’s still painful when you run up against it.

I’ve said in the past that I believe phone specifications are becoming completely irrelevant and the Nexus 6P further proves that.

I could spout off statistics like how the Nexus 6P has a Qualcomm Snapdragon 810 v2.1, 2.0 GHz octa-core and 64-bit Adreno 430 GPU, but that wouldn’t mean anything to you.

What matters is this: the Nexus 6P is fast, buttery smooth and a pleasure to use. The lag is gone and you can throw anything at it: it won’t miss a beat.

Battery life has been significantly improved over any previous generation of Android phone, thanks mostly to system-level improvements, and fast charging truly changes the game.

You don’t need to obsess over which apps are draining your phone’s precious percentages anymore, because Android 6.0 does it for you.

The camera is so good there’s nothing more to say except that it’s about time Google did this — after years of disappointment, it finally delivered.

For iPhone users looking for something different, the Nexus 6P is a fantastic option. It’s a formidable competitor which doesn’t leave you wanting on the hardware front — it has all the features you’d want, and they all work as well as the iPhone.

I don’t need to upgrade my phone yet, since the iPhone 6 Plus is still a great device, but if I was looking to replace it with an Android device, this would be my bet.

The hard part is getting out of Apple’s ecosystem.

Read next: BT is only one step away from taking over EE for £12.5 billion