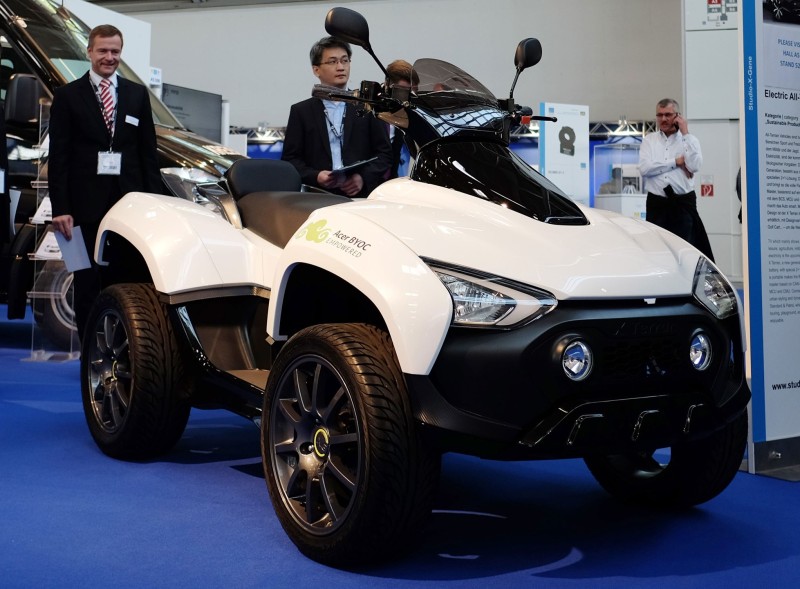 Can someone tell me what Acer is doing right now? I mean, really.

Aside from becoming one of the premier names in super-bendy computers running Windows 10 and having a gaggle of smartphones, I guess the Taiwanese company has decided to jump feet first into the electric ATV market. Which…seems weird?

Debuting at the eCarTec conference in Munich, the electric ATV is the first project by Acer’s new “vehicle electricity and mobile power” subsidiary MPS Energy:

Acer doesn’t elaborate on how the eATV (sigh) takes advantage of the cloud, but it did explain how it runs in its press release. The waterproof vehicle has 256 industry-standard 18650 lithium-ion batteries, providing 8.7kWh of power altogether. While it’s not entirely far-fetched that Acer would explore how to get involved in the connected car game, coming out aggressively with an ATV seems like a flashy, confusing move.

Maybe I’ll change my mind if Acer decides to pursue anything street-friendly. Until then, I just don’t get it.

Read next: 6 habits of inefficient designers