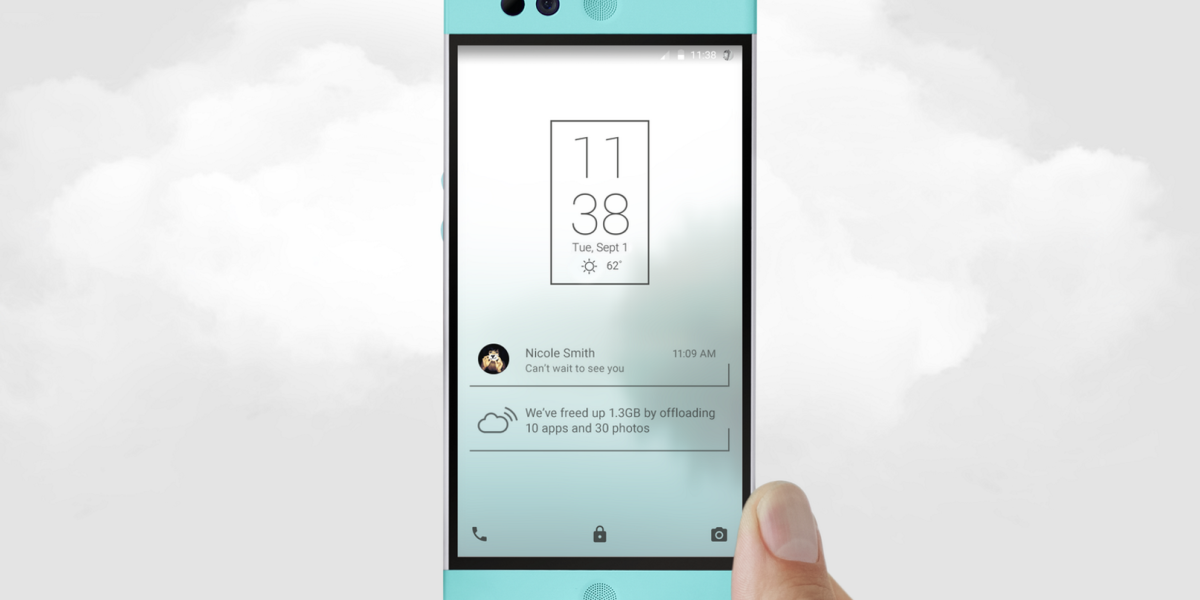 Deleting photos, apps and other random downloads you’d forgotten about might be par for the course for smartphone owners (pretty much everyone, then) but Nextbit’s cloud-first ‘Robin’ device is now available to pre-order and promises that deleting your data to free up space is a thing of the past.

The device had previously been available via Kickstarter for $299 (for anyone quick enough to snap up an Early Bird deal) but now costs $399 to pre-order, with delivery pencilled in to begin in February next year, so don’t go expecting one in time for Christmas.

The handset ships with a modified version of Android, 32GB of internal storage and an additional 100GB of space in the company’s cloud but the smart bit is the way in which Nextbit says it will manage that space by automatically moving rarely-used files from internal to cloud storage. It also says that its ‘cloud-first’ approach to mobile is starting with storage, but that other services will continue to be added over time.

The toughest part for the  company will be convincing fickle smartphone buyers to take a punt on a new brand in a market that contains rivals like the HTC One A9 and Nexus 5X, but with nearly $1.4 million raised on Kickstarter and another $100,000 from its pre-order sale on Backerkit, there’s clearly some demand for the device.

Read next: Content sharing service 'This' is now better at showcasing links, but it's a long way from perfect