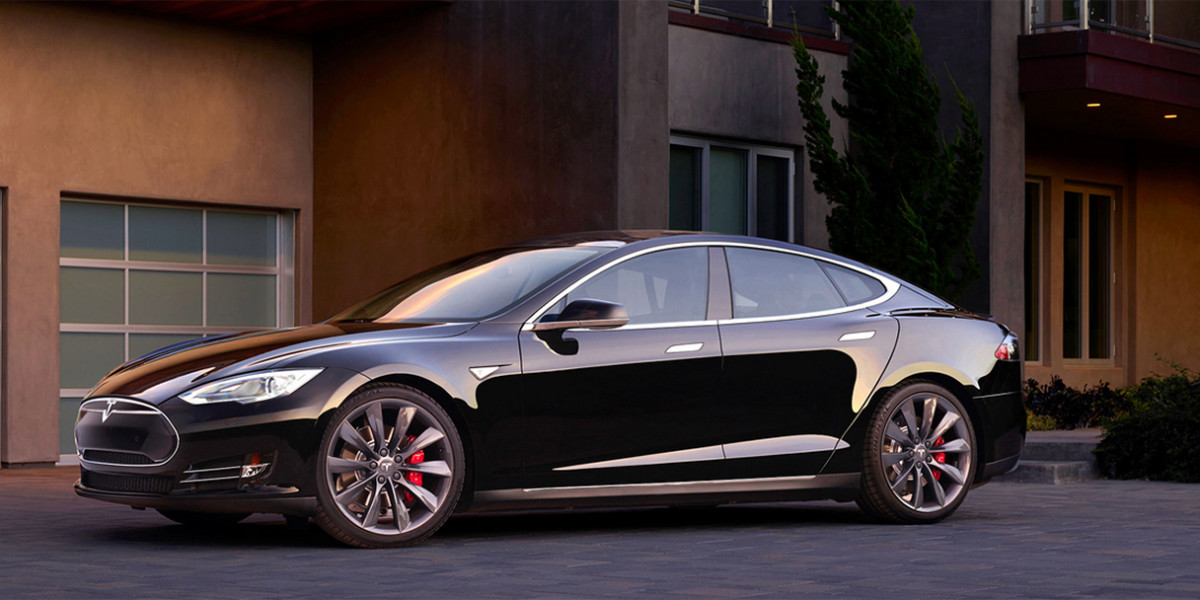 Tesla’s new autopilot features, which offer a basic autonomous driving feature that can change lanes, follow other cars and react to trouble, rolled out to drivers this week.

The features are cool, but Tesla stressed when it was released that the “driver is still responsible for, and ultimately in control of, the car.” Autopilot is only supposed to be used in similar situations to how you’d use cruise control normally — with your hands on the steering wheel.

Naturally, humans are already doing completely ridiculous things with it.

In the video above, if you slow it down, you’ll see the driver traveling at high speed with his hands off the steering wheel and busy filming. The car sounds the alarm to take control, which he doesn’t acknowledge until it begins drifting naturally to the left — the driver saves himself just in time by jerking the steering wheel the other way.

There are countless videos like these appearing online, where reckless owners film themselves taking their hands off the steering wheel to show off how cool the feature is.

Make no mistake, if I owned a Tesla Model S, I’d probably be doing the exact same at least once somewhere on a back road near my house, but not on a busy highway.

Tesla is partially at fault here, as its marketing has billed the feature as an ‘autopilot‘ instead of an assistive technology, which is how competitors have chosen to market their features.

It’s bold of the company to put such an incredible new feature out to the world via nothing more than a software update, but it feels like a matter of time until it needs to restrict the feature, change its marketing or require drivers to take some sort of tutorial.

Based on the YouTube videos coming at a steady flow, it’s not going to be long until someone misunderstanding the capability is killed, or injures someone outside the car.

There are features as part of Autopilot that attempt to stop humans from making mistakes like this. After a time elapses with no steering wheel grip, the car will alert that the driver needs to “take control immediately” or it’ll pull over, but that warning can be deactivated again with a hold of just a few seconds.

Autopilot naturally has a number of kinks and isn’t perfect, so it’s kind of insane to see drivers literally letting the car take the wheel when that’s not what it was built to do.

Of course humans are going to abuse it, but when we’re talking about a car — something that can easily kill or injure multiple people at once — greater care needs to be taken with the human factor in the equation, before simply pushing a software update out to the a few hundred thousand cars.

Read next: The Android smartphone that promises you'll never run out of storage is available to pre-order