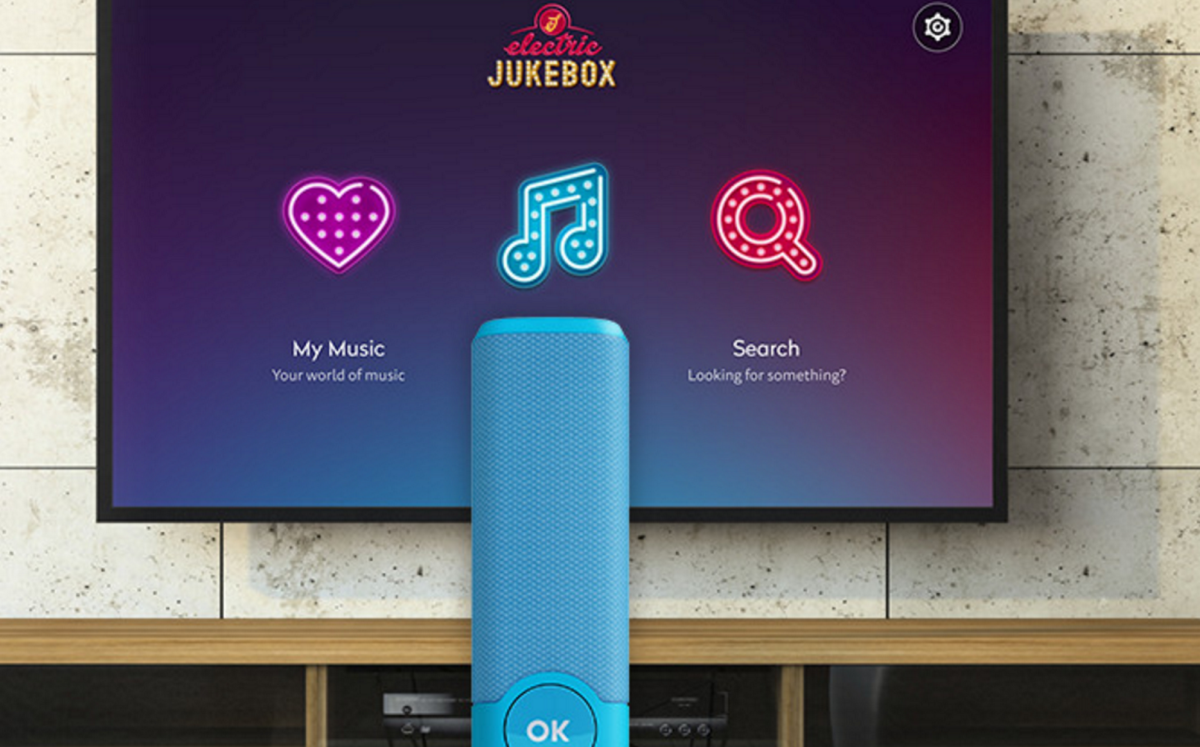 A new music streaming venture called Electric Jukebox has launched today in a bid to take on the approach of the incumbent market rivals like Spotify and Apple Music.

The service differentiates itself from competitors by delivering the service through a dedicated streaming device that you simply need to plug into your TV’s HDMI port and connect to your Wi-Fi. That’s it.

The hope is that the dedicated gadget will bring added simplicity for users who are bamboozled by the current crop of streaming devices on offer.

The company says that just six percent of users listen to music through a dedicated streaming device and accompanying service subscription, hence the ‘lo-tech’ approach to making it “as easy to listen to as a CD.”

The device works ‘out of the box’ and doesn’t require any app downloads, accounts or monthly premiums. Included with the device is a one-year ‘Premium Pass’.  At the end of a year, you can either carry on listening to curated channels, radio stations or mixtapes interspersed with ads. Or you can buy another year of access for £60.

The success of Electric Jukebox will be determined by the way in which it manages to reach its target audience – a largely non-tech oriented group who find the current devices and services overly confusing and too expensive to commit to on an ongoing monthly basis.

It’ll also depend on the music catalogue – the company says it has “tens of millions” of tracks available to stream, but fostering partnerships for emerging artists and new music would help to keep the service fresh.

The simplicity will appeal to users who want to just be able to say (or type) the name of an artist and have a jukebox-style playlist start without an further intervention – you can also select individual artists, tracks and albums too. The controller also acts as an on-screen mouse cursor for navigating the service.

In a market swimming with ‘me too’ competitors, Electric Jukebox can’t be accused of that but its high-end price tag will put off potential impulse purchases – its timing ahead of Christmas this year is probably no accident, though.

For comparison, a year of Spotify Premium costs £10 per month, making it around £120 per year. That means that you could have Spotify Premium for around a year and a half for the up-front price of the device – and it’s worth bearing in mind that if you want an ad-free experience after your first year, it’ll cost you another £60 each year.

As a result, for anyone event remotely comfortable with technology, a Chromecast dongle and a monthly streaming subscription would get most of the job done for a lot less money up-front, and in the long-run.

Read next: Aurous, the Popcorn Time of music is already being sued