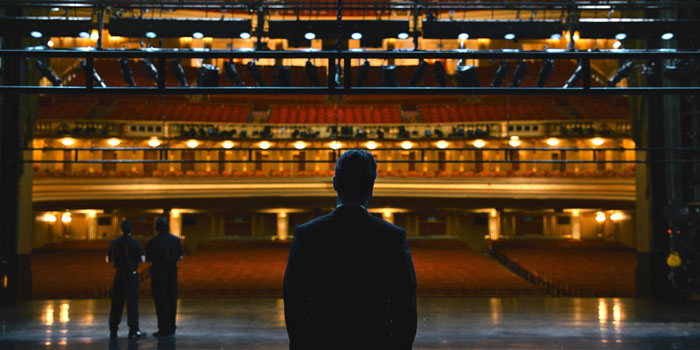 Steve Jobs, the somewhat controversial movie about the Apple co-founder has racked up $521,000 over the weekend as it was released early to a number of theaters.

That ranks the movie as the 15th highest pre-theater release in history, but the highest of 2015 so far, and is a good sign of what’s to come when it opens globally later this month.

Universal has been rolling the movie out to a select number of theaters in stages as a way to generate anticipation, which seems to be working.

It hasn’t been this smooth all along though; Jobs’ widow, Laurene Powell Jobs, objected to the movie and apparently tried to have it stopped. Her sentiment is backed up by Apple’s Tim Cook, who has also reportedly said the movie is inaccurate in its portrayal of Jobs.

With a cast including Michael Fassbender, Kate Winslet and contributions from Danny Boyle and Aaron Sorkin, it’s likely the movie will be making more records come awards season.

➤ Steve Jobs movie opens with highest per-theater earnings of any movie this year, best ever for Boyle [9to5 Mac]

Read next: Channel 4 launches new Android streaming app in beta, but you probably can't use it