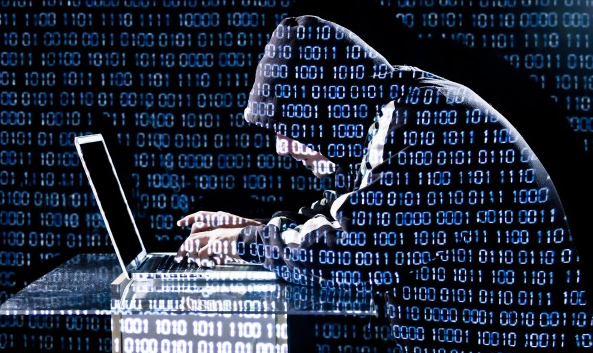 2015 might be remembered as the year of the hacker. Just by using the Internet, you’re subject to all manner of ways your private information is put at risk – tracking, malware, identity theft and data breaches… the list goes on.

Criminals and hackers are always a few steps ahead of consumers. While being online has made our lives noticeably better, conveniences like social networks, shopping and banking have also made it easier for others to collect our personal data. Not to mention the millions of customers affected when a company trusted with this information doesn’t have the protocols in place to keep it safe.

Last week, Scottrade, T-Mobile and Patreon  each announced they were victims of hacking, currently affecting a combined total of over 20.8 million users and customers. After all is said and done (and uploaded to the Internet), customers and users are the ultimate victims of corporate data breaches.

So how do you make sure those with access to your most personal information are keeping it safe? Thanks to software advances, interesting new products to keep tracking and hacking to a minimum are growing in number. Here are this year’s most notable cyber attacks and my personal software suggestions that may have prevented them.

A match made in cyber heaven

Around 37 million people were compromised in the Ashley Madison incident. And since nobody deserves to have their information stolen, who’s better equipped to keep watch over a community of sneaky people than an army of friendly hackers.

An interesting company that could have helped Ashley Madison prevent the attack: HackerOne .

Created by security leaders from Facebook, Microsoft and Google, HackerOne is the first vulnerability management and bug bounty platform. Their service streamlines communication between security researchers and the internal customer response team, improving productivity with an easy-to-use coordination platform to manage vulnerabilities from disclosure through resolution.

UCLA Health’s poor security and lack of encryptions was partially to blame when it was hit by a massive theft of 4.5 million records earlier this year, with customer data – including Social Security numbers, and medical data such as conditions, medications, procedures, and test results were compromised. The simple use of encryption may have stopped the breach all together.

With Cloud storage use on the rise, nCrypted Cloud  protects the privacy of its members and corporate data residing in the public cloud. Share, track and control access to files in seconds from existing cloud providers on any device.

The taxman cometh and the hacker taketh away

The IRS data breach affected around 100,000 taxpayers thanks to a flaw in the IRS’ system which allowed hackers to access past filed tax returns, including sensitive financial information and Social Security data. It’s said that the breach cost taxpayers $50 million in fraudulent claims.

While the US government would never host outside itself, if they did, perhaps it could implement Golden Frog in order to rid themselves of so many pesky flaws.

A global service provider committed to preserving an open and secure Internet experience while respecting user privacy, the company owns and manages 100% of its own servers, hardware, network and DNS to ensure the highest levels of security, privacy and service delivery.

Not very good at keeping secrets

The OPM hack, which affected over 22.1 million people, could be the single most damaging breach to US national security of all time. Entire backgrounds checks were stolen by an unknown assailant. Now that this information is out, perfect blackmail material to gain swathes of sensitive or classified data, those affected must be exponentially cautious.

The Jason Borne of data privacy, Privitar Global is differentiating itself as a leader. Privitar Global aims to facilitate the use, collaboration and trade of data while adopting an uncompromising approach to protecting personal private information.

Spy and government workers may want to try out myAKA . While the service won’t self destruct, it does add a layer of privacy and safety between yourself and those you share your phone number with by using a second phone number.

When your healthcare provider betrays you

Anthem, a US health insurance firm, lost more than 80 million customer records when it was hacked at the start of this year, along with around 19 million rejected customers because data was not encrypted. From Social Security numbers to birth dates and addresses, enough personal data was stolen to steal identities.

Behold: SpiderOak . Believing that the user alone should hold the key to decrypt their data, SpiderOak provides Zero Knowledge privacy solutions to individuals, groups and enterprises. Their cross platform products are designed to either be hosted or run on-premise. From evaluating the latest threat models, to building surveillance resistant systems, SpiderOak products are some of the most reliable, innovative and private.

Read Next: Minecraft is being used to seek out cybersecurity talent

Read next: How video games improve your interaction design