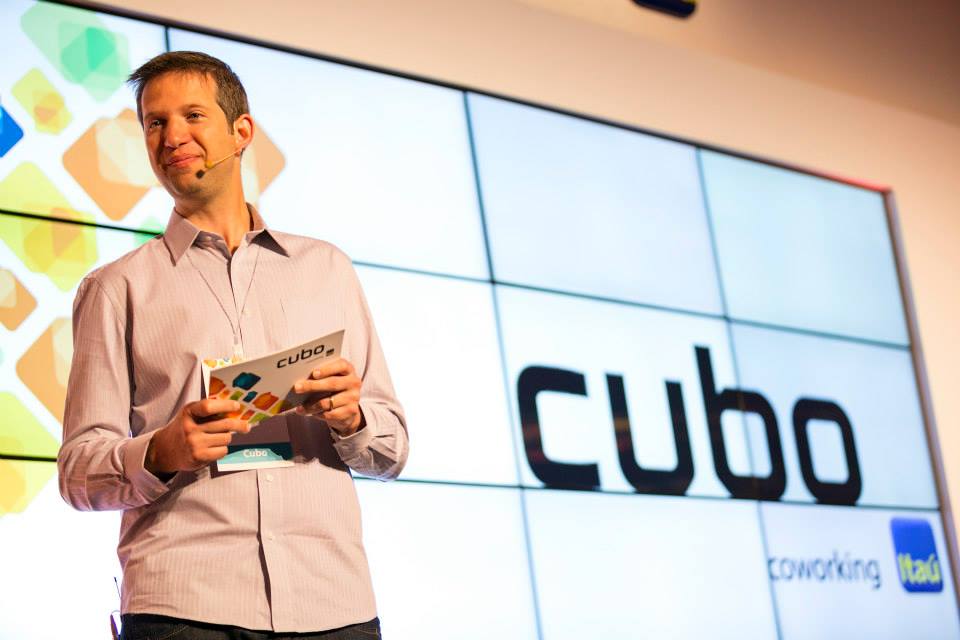 September was a paradoxical month for Latin America’s tech scene. Despite some serious hiccups on the macroeconomic and political fronts, it was pretty much ‘business as usual’ in the startup ecosystem. Here’s the news you don’t want to miss:

Google announced the upcoming opening a YouTube Space in Rio de Janeiro, which will be similar to the ones it already operates in LA, NYC, London, Tokyo and São Paulo. This 2,000 square meter video production studio will be located in Rio’s port zone, which is part of a major urban rehabilitation project known as Porto Maravilha, or “Wonder Harbor.”

In addition, Google introduced EDU.app, an Android app promoted by its Brazilian partner the Lemann Foundation, and featuring content from their joint YouTube Edu edtech initiative. It was launched ahead of Brazil’s National High School Exam, ENEM, the most important exam of its kind in the country, with more than 8.7 million registered candidates in 2014.

Brazil was also one of the countries included in the rollout of Google’s Expeditions Pioneer Program, whose goal is to promote the use of VR in the classroom. In practical terms, it enables teachers to take their pupils on “virtual field trips” using Cardboard headsets.

As for Facebook, it renamed its Internet.org mobile and Web apps, which will now be known as ‘Free Basics’. As you may remember, the initiative has become increasingly controversial, with critics accusing the company of creating a “poor Internet for poor people,” rather than the universal Internet access for all Mark Zuckerberg vowed for in his recent address to the UN.

Meanwhile, Facebook-owned Instagram started selling and displaying ads in several new countries, including some in Latin America. As we reported, its platform recently hit the milestone of 400 million users, 75 percent of whom live outside of the US.

Twitter launched Brazilian operations for Niche, the content marketing platform it had acquired last February. Aimed at connecting brands with influencers, it will now have a team dedicated to the Brazilian market, where its first confirmed client is Coca-Cola.

The connection between Argentina and bitcoin is quite an interesting one: “With its volatile currency and dysfunctional banks, the country is the perfect place to experiment with a new digital currency,” The New York Times stated a few months ago in introduction to an excerpt of an upcoming book by its financial reporter Nathaniel Popper.

Spanish cloud hosting company Gigas has taken steps to IPO on Madrid’s Mercado Alternativo Bursátil (MAB), a sub-market akin to London’s AIM. According to Novobrief, one of the main goals of this exit is to help the company seize the opportunity it is seeing in Latin America, which accounted for 21% of its 2014 revenue, up from 12% in 2013.

Makeup subscription service Ipsy raised an impressive funding round of $100 million led by TPG Growth and Sherpa Capital. While its best known face is its co-founder Michelle Phan, whose makeup videos boast 1 billion views on YouTube, its CEO is Argentine-born and US-educated entrepreneur Marcelo Camberos.

French ridesharing platform BlaBlaCar raised a $160 million Series D round on a unicorn valuation of $1.2 billion. According to its CEO Nicolas Brusson, quoted by Fortune, the company hopes to expand into Brazil by December 2015, with other Latin American countries to follow. As we reported, it already landed in Mexico through the acqui-hire of local startup Rides.

Brazilian management platform for SMBs Pipefy raised a round of funding from Redpoint eVentures and Valor Capital Group. As we reported last August, it is one of the Latin American companies taking part in 500 Startups 14th acceleration batch in San Francisco, alongside Uruguay’s Monkeylearn.

Y Combinator and Start-Up Chile alum Padlet raised $1.2 million for its collaborative website builder, TechCrunch reported. Meanwhile, Brazilian Oktoplus customer loyalty program platform received an undisclosed amount of funding from Cventures Primus. As for Brazil-based Nexxto, which describes itself as “a provider of corporate solutions for Internet of Things,” it received capital from SP Ventures.

Mexico City’s Federal District Government is preparing to launch a seed fund for local startups, El Financiero reported. It will be called “Capital Ángel,” presumably a wordplay on capital city and seed capital. Its planned amount is 100 million Mexican pesos, around $6 million USD.

The Knight Foundation funded the expansion of Venture Hive, whose Miami-based accelerator program has welcome a handful of Latin American startups since its inception. According to The Miami Herald, the Foundation awarded a $210,000 grant to the Miami-Dade Entrepreneurial Development Organization, a non-profit that will help Venture Hive plan new activities, including a new acceleration cycle starting next January.

Y Combinator launched an “Open Office Hours” program with the goal of “reaching out to underrepresented communities in the startup world and giving them direct access to YC.” While its first edition is specifically targeted at Black and Hispanic entrepreneurs, further sessions are set to be held for women, international and veteran founders,  TechCrunch reported.

As part of the initiative, which is is led by Michael Seibel, each selected startup will get 20-minute office hours with a YC partner. Seibel is the former CEO of YC alumni Justin.tv and Socialcam, which sold to Autodesk for $60 million. He also became YC’s first Black partner last December, hired in part with the mission to help recruit more minority entrepreneurs.

São Paulo has a new co-working and event space: Cubo, a joint initiative from VC firm Redpoint e.ventures and Brazilian bank Itaú Unibanco. Located in a six-floor building in the posh neighborhood of Vila Olimpia, it will operate as an “entrepreneurship center,” Projeto Draft reported. Its managing director is Brazilian entrepreneur Flavio Pripas, formerly CEO of fashion portal Fashion.me

Chilean organization Poderopedia launched its Media Map, or Mapa de Medios, a data journalism project documenting media ownership concentration in Chile and Colombia. It is based on the database that Poderopedia’s team has been conducting since winning the Knight News Challenge in 2011 with the goal of becoming the “the who’s who of business and politics in Chile.”

Verizon became the first major US carrier to offer international roaming in Cuba, The Verge reported. Customers who opt into the Pay-As-You-Go International Travel option will be able to make phone calls and go online at the fairly high rates of $2.99 per minute for talk and $2.05 per megabyte of data.

IBM opened a new cloud datacenter in Brazil, which will be its second in Brazil, and the first one to be dedicated to its SoftLayer offering. Located in Jundiaí, in the state of São Paulo, it will have a capacity of 9,000 servers, Silicon.fr reported. “From the new location, the connections with IBM Cloud services in Latin America will be reduced to just milliseconds,” IBM celebrated.

Troubled premium music service Tidal rolled out in Brazil. As Brainstorm9 pointed out, its launch coincided with the end of Apple Music’s free trial period, which would lead many users to seek out alternatives. Tidal’s local pricing is the same as Spotify’s: R$ 14.90 per month, around $3.80 USD.

Groupon announced that it would lay off 1,100 employees and close down operations in seven countries, including Panama and Uruguay. “We believe that in order for our geographic footprint to be an even bigger advantage, we need to focus our energy and dollars on fewer countries. So, we decided to exit a number of countries where the required investment and market potential don’t align,” COO Rich Williams wrote in a blog post.

PayPal p2p payments will not be available from Puerto Rico after October 30th, the company announced in a policy update. It had already taken a similar decision last August regarding Colombia, where domestic transactions are now disabled both for residents and local companies.

Uber in the eye of the law

Rio de Janeiro’s mayor Eduardo Paes decided to go ahead and sign a bill banning Uber’s services, despite intense lobbying from the company and its supporters. While it is facing similar threats in São Paulo and other Brazilian cities, the legal battle is far from over, with claims from Uber that the bill is unconstitutional.

In a last-minute turn on October 1, a summary hearing in Rio granted permission to a Uber driver to continue his activities.

Meanwhile, Uber kept on ramping up its operations across Latin America. On one hand, it rolled out its UberX and UberBlack services in the Mexican city of Puebla. On the other hand, it partnered with language learning company Duolingo to let users in Colombia request certified English-speaking drivers.

Read next: Alphabet will 'do the right thing' as Google avoids being evil