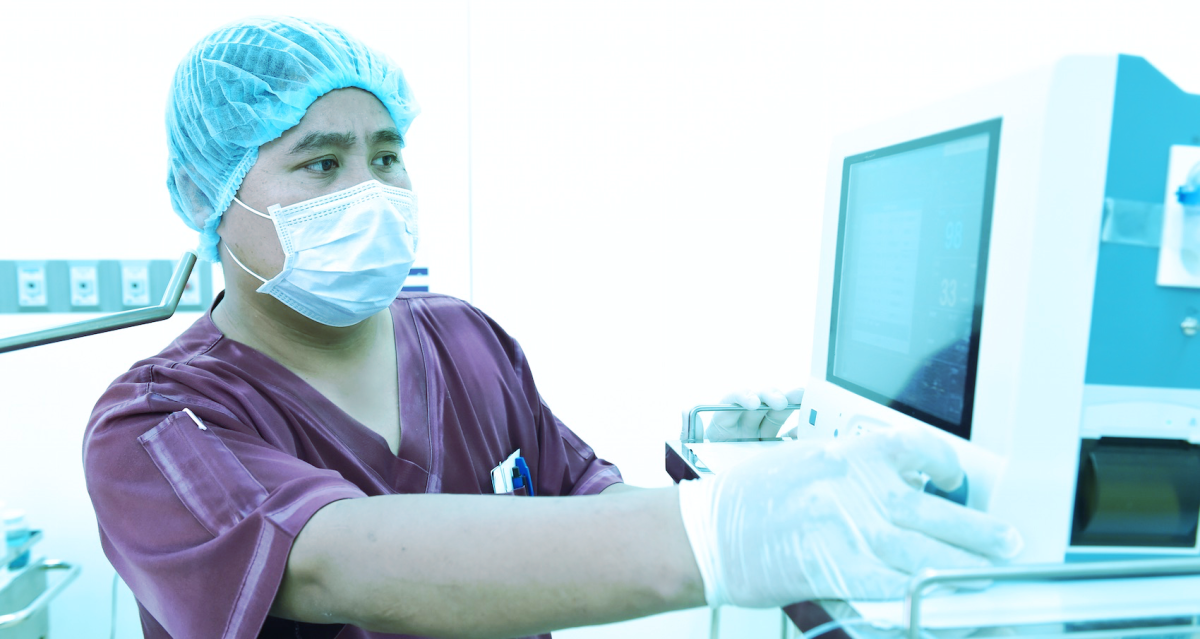 The U.S. population is in an epoch where 10,000 people turn 65 every day. The nation’s population of elderly — defined as 65 and older — will increase from 37 million in 2005 to 81 million in 2050. In general, old age often bears additional health issues as the body and mind age. The healthcare system cannot remain stagnant in a time of modern technology and, some would argue, a growing population of routine patients to serve.

Thankfully the networks developed for, and those used by, the healthcare system are innovating in diagnosis, treatment and recovery.

Consider some of the ways healthcare providers are learning from technology and putting networks to work.

Below are just a few of those innovations and how they could change healthcare.

The system was supported by the highly secure and high-speed Bell Canada’s Virtual Private Network enterprise (VPNe), which relied on Cisco Multiprotocol Label Switching (MPLS) technology to connect with the robot arm executing the surgery in North Bay General Hospital over 250 miles away from St. Joseph’s.

There was less than a 150 millisecond delay between Dr. Anvari’s hand movements and the robotic instruments. The instruments at North Bay General Hospital were overseen and positioned by a general surgeon, Dr. Craig McKinley. With rural communities and poor hospitals, such technological power can be used to share resources with populations that may not otherwise have any access to a necessary surgery or a conversation with a specialist.

Virtual care also comes into play for less serious incidents. HealthTap has a monthly subscription model for access to its resource of 70,000 US licensed, board-certified doctors. Such a set-up encourages reaching out to a healthcare professional as opposed to putting off visiting the doctor when symptoms arise because of high co-pays, inconvenience or lack of available appointments.

Of course virtual doctors cannot give shots, run tests or give you a cast for a broken arm, but they can listen to symptom descriptions, view photos of infected areas and prescribe medicines, as well as issue helpful lists and reminders.

This type of healthcare is available 24/7 with just a click on an app, computer, tablet or mobile device. Consider it a house call, without anyone having to leave their WiFi connection.

We saw what happened with the China-based hack into US government systems that stole sensitive information of approximately 21.5 million people (and their spouses and friends) who had undergone government background checks over the past 15 years. And we saw potentially 80 million Anthem customers’ information stolen in what was described as a “very sophisticated external cyber attack,” by Anthem President and CEO Joseph Swedish.

Both served as stark examples of how vulnerable personal information is in the digital world. Credit cards can be cancelled, new passports ordered and social security numbers can be changed (although it is certainly not easy) but health and medical history cannot be rewritten or erased.

Criminal attacks are up 125 percent from 2010 on healthcare data. Why? Your protected health information (PHI) can fetch a high price, much more than credit card info. According to Jim Trainor, who serves as second in command at the FBI’s cyber security division, PHI records can sell for up to $70 for use with fake identities, and in insurance and billing scams. Not only would a healthcare hack be fruitful for the perpetrators, it could be compromising for the victim if the information were to fall into the hands of an extortionist, criminal ring, or even a vindictive employee.

Healthcare networks have an opportunity and a trusted obligation to implement multi-prong measures to minimize the chance of hacks. This can and will drive the expected level of security for databases upwards.

According to a 2014 report from IDC Health Insights, by 2018, 70 percent of healthcare organizations across the world will invest in consumer-facing applications, remote monitors, wearable technology and virtual care.

Today, social acceptance and popularity for wearable technology is increasing, exemplified by figures like that of Fitbit’s 9.5 million ‘paid active users’ as of March 31, 2015. The data collected by such wearable technologies, also including Apple’s Watch and HealthKit, Fitbit, Jawbone UP3 and Nike Fuelband could be used particularly in the treatment of chronic conditions and diseases.

Heart disease, cancer, stroke, diabetes, obesity and arthritis can be managed and controlled in a way that results in a longer, healthier life. The longitudinal data from smartphone applications and wearable tech will then come in handy for health practitioners looking to better evaluate what patients are doing daily for their health. Instead of scheduling multiple appointments, such information from a check-up could be supplemented through shared data from the health trackers.

These apps and tech tools are also easy to use and analyze, enabling the healthcare patient to feel empowered and informed on their condition. Patterns and best practices can be identified for the patient’s best health.

Solutions in healthcare will not only integrate with current tools on the market but also drive technology and sensors to be developed that do not yet exist. Additional widespread usage and prescription from the healthcare field can result in additional money and research dedicated to the development of new tools.

This is Watson speaking

There is a lot that goes into patient treatment: comprehending medical records, diagnosing a problem, providing treatment and conducting follow-ups, let alone communicating effectively in a language that requires understanding of idioms, acronyms and interpreting descriptors.

A little (or a lot) of help from technology would be welcome with the complexities that come from the big data and ever growing library of medical research. That’s where IBM’s Watson comes in.

Watson is a cognitive computing technology that generates insights incredibly quickly, drawn from multiple inputs. It becomes an expert of sorts as the system is trained to scrape information from other experts and sources, pull it together and offer input on the subject matter. As opposed to other computers that are programmed around logic, Watson interprets experience and feedback in a similar way to how the human brain learns.

One of the standout product offerings with a direct relation to healthcare is IBM Watson for Oncology. Drawing from 290 different medical journals, more than 200 textbooks and upwards of 12 million pages of text, Watson devours information in less time than it would take a human — and in an organized, understandable structure.

The network analyzes medical records, identifies potential treatment options and then backs up its ranked suggestions with supporting evidence. Watson can also offer toxicities and warnings for drugs.

Mobile is without a doubt one of the largest technology categories demanding innovation in healthcare. The sector has an opportunity, more so than ever before, to deliver valuable information and a positive customer experience to the palm of the patient’s hand.

From prescription information and non-obtrusive appointment reminders to healthcare provider contact info and FAQs regarding operations, mobile technology is a valuable channel for connecting with the healthcare recipient.

Networks and tech companies are pushing innovation in healthcare because the sector is ripe for the seizing. And if there is one thing we know in this rich digital age of surgical robotics and check-ups via telecommunications, it’s that if there is space for something new, something impactful, or more effective to wedge its way in, it will emerge.

Read Next: 8 ways startups are changing the healthcare industry