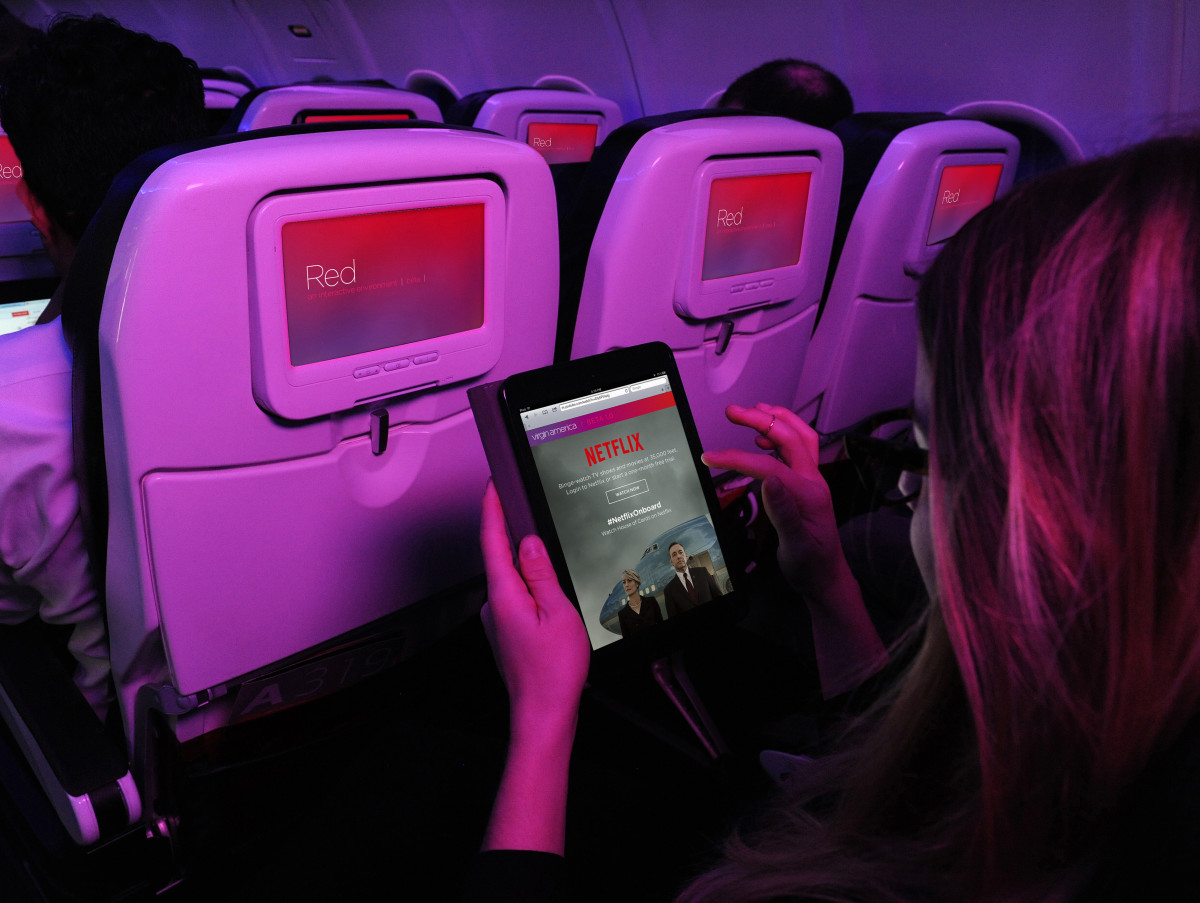 Virgin America has partnered with Netflix to make binge watching your favorite shows possible at 35,000 feet.

From today, passengers on all of the airline’s ten Airbus A320 planes ViaSat WiFi-equipped planes will have access to Netflix’s entire catalogue for free, that’s approximately ten Airbus A320’s in total.

Virgin introduced its fast in-flight WiFi with ViaSat this month and is currently offering it for free to all of its passengers before introducing a pricing structure in March, 2016. While in-flight WiFi can be temperamental at the best of times, ViaSat’s satellite-based service promises to be 8-10 times quicker than the rest.

Kicking off the launch, Netflix unveiled a ‘House of Cards’ branded plane at San Francisco Airport this morning, with Michael Kelly (aka Doug Stamper) making a guest appearance on Virgin America Flight 1 to Washington, DC – the first flight to test the service.