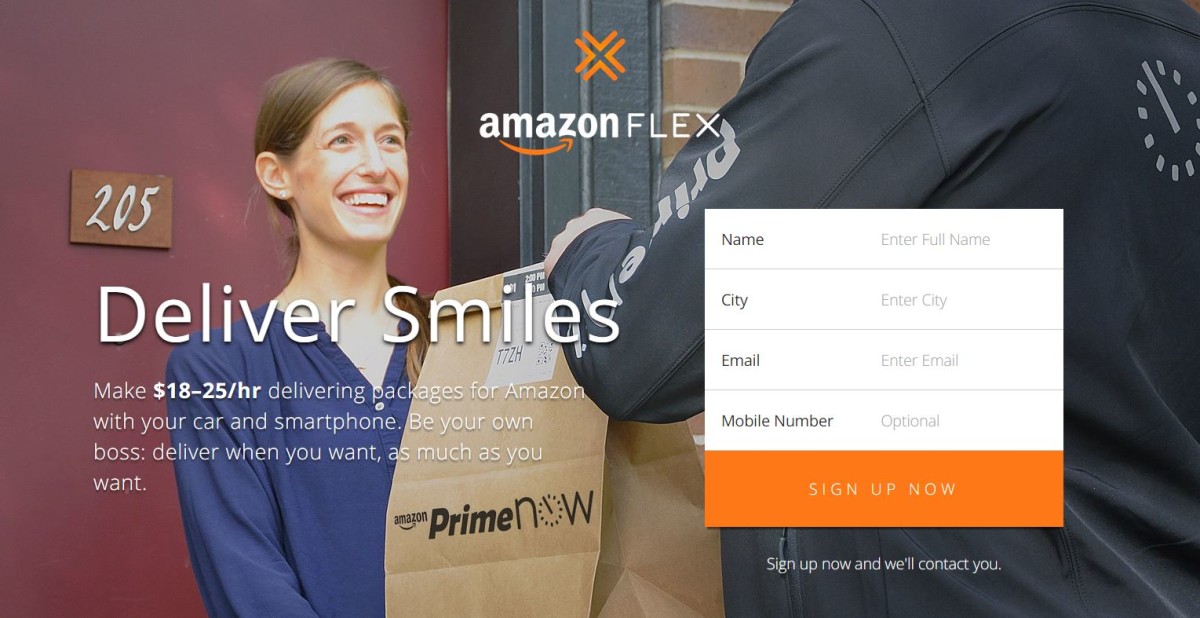 Amazon Prime made it easy to ship packages for little to no money, but now you can actually earn money by delivering some packages yourself.

The company today announced Amazon Flex, a service which pays $18-25 an hour for delivering packages using your car and smartphone. It was first rumored in August, but we now finally know what it’s all about.

It works similar to Uber. You can work for two, four or eight hours a day, or schedule work for up to 12 hours in advance. Though deliveries only cover Prime Now options (mostly groceries), Amazon says the service will cover more of its catalog soon.

Currently driving is the only delivery option, but Amazon says it will offer delivery via bike and foot in the future in places where it makes sense, like Manhattan. Other requirements include being at least 21 years old, passing a background check and owning an Android phone.

Flex is currently is only available in Seattle, but Amazon says it will soon expand to Manhattan, Baltimore, Miami, Dallas, Austin, Chicago, Indianapolis, Atlanta and Portland.