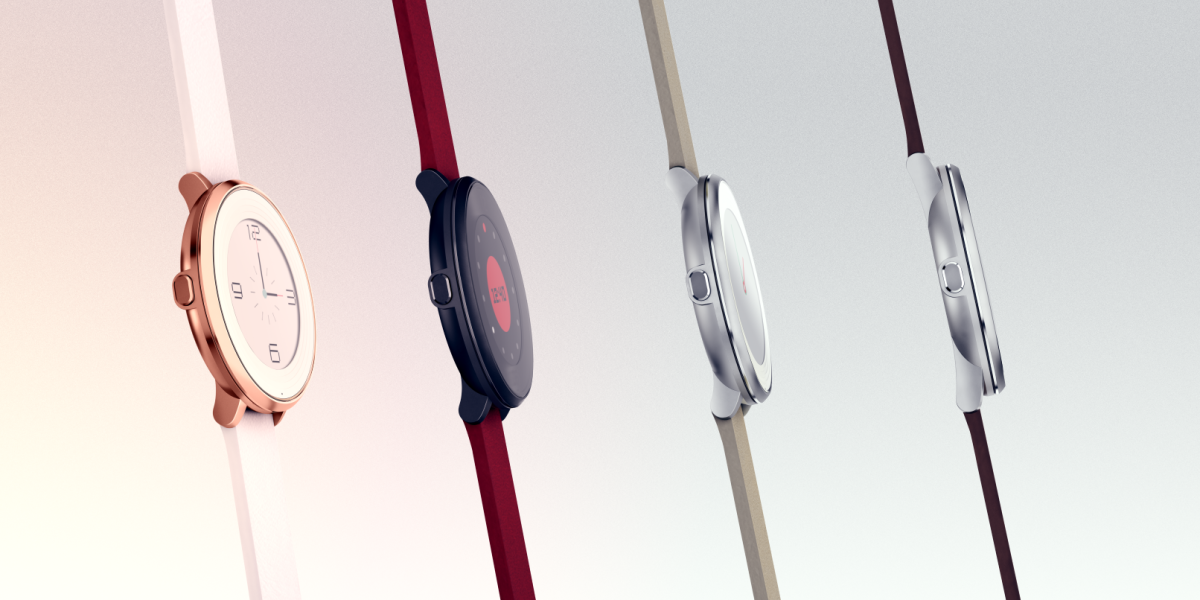 Pebble, best known for its Pebble Time and Pebble Time Steel smartwatches, has announced its first circular device, the Pebble Time Round.

The device follows the recent trend for circular, rather than square-edged smartwatches – most notably with devices like the Moto 360 and Huawei Watch.

The Round is 7.5mm thick and weighs 28 grams, making it exactly half the weight of the lightest Apple Watch and more than 100 grams lighter than a 42mm model with a stainless steel strap.

The Pebble Time Round’s band comes in either 14mm or 20mm and the unit is available in one of three different colors – black, silver or rose gold. There are different leather and stainless steel bands available too, which can easily be swapped using the quick-release mechanism.

Crucially, Pebble says that the new model can last up to two days on a single charge – and you can get a day’s use out of it from just 15 minutes of charging.

Just like previous versions, the Round will ship with a color e-ink display and is compatible with Android and iOS devices.

Alongside the new watch, Pebble launched a new SDK that allows developers to make (or modify) their apps for the round screen.

While the Pebble Time Round is available to reserve for customers in the US (to arrive in early November) from $249/£229, it won’t be making its way to Europe until next year. A spokesperson confirmed it should be available in the UK before the end of 2015, though.

Read next: The Angry Birds Movie finally gets a trailer