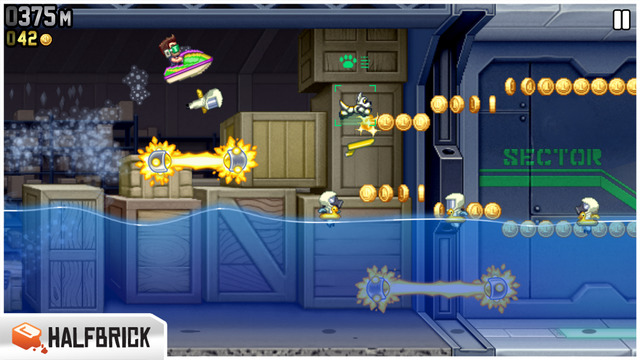 Halfbrick, the development house responsible for games like Fruit Ninja and Jetpack Joyride, has cut the role of ‘designer’ from its staff after cutting its last two dedicated designers loose.

But according to Halfbrick CEO Shainiel Deo, having no designers doesn’t necessarily means that design work won’t occur at Halfbrick.

“Halfbrick remains a design focused company,” he told Kotaku, “and this change will empower everyone in our teams to contribute to design rather than concentrate design control in the hands of a few. Great ideas can come from anywhere and we want to create an environment that fosters this notion.”

As for the suggestion that Halfbrick won’t make new games, Shaniel refutes that. According to him, Halfbrick will continue to make new video games despite having no designers on staff.

Kotaku also points out that Halfbrick is in transition, and may not continue making games. Instead, it might go full Rovio (never go full Rovio) and become a publisher that squeezes profitability from existing titles.

Imagine — Boba Fett’s Jetpack Joyride. Hey, if Angry Birds can do it… why not, right? Halbrick does say it has new partnerships on the horizon, so maybe that’s what’s in the pipeline.

I’m fairly versed in coding languages, and “designing” a simple app (like a to-do app or Instagram-ish photo viewer) isn’t that difficult. Games are a very different beast. How Halfbrick will ‘remain a design focussed company’ without actual designers is beyond me — especially since it claims new games are in the works.

What's Going On At Halfbrick? on Kotaku Australia

Read next: Did GCHQ spy on you? Here's how to find out