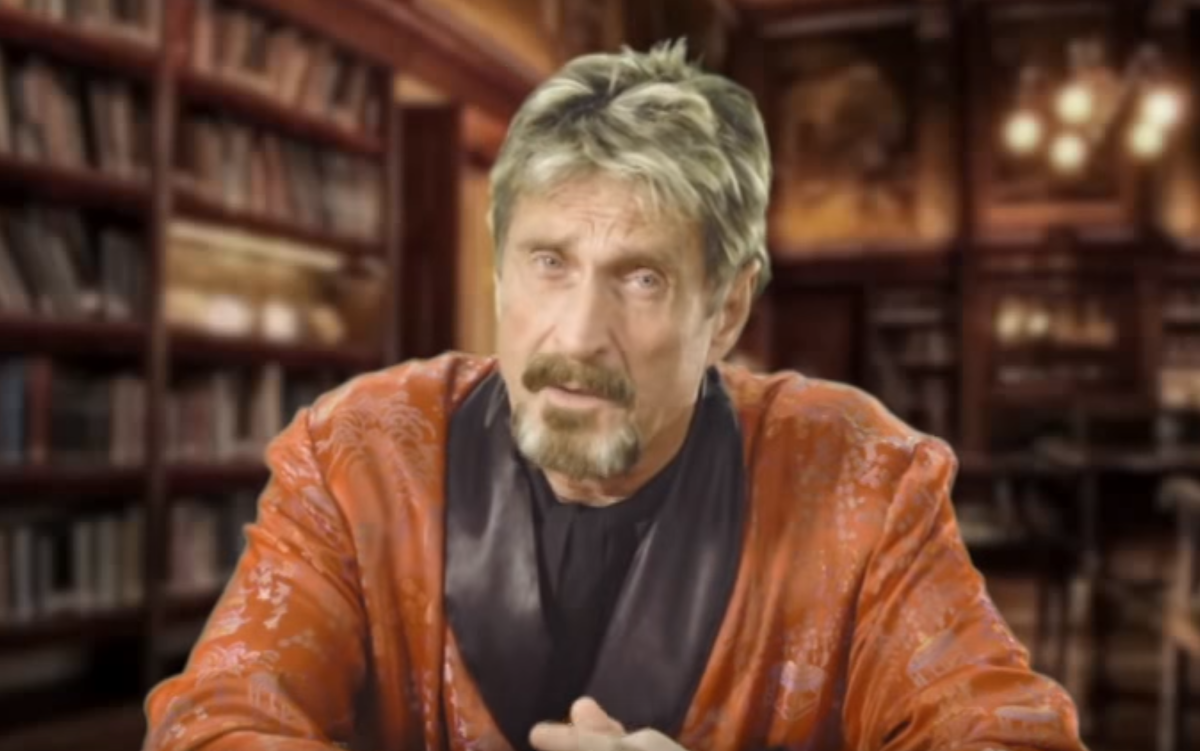 John McAfee, the outspoken ex-CEO of McAfee antivirus, was on Reddit today answering questions in /r/netsec.

The usually slightly off-kilter man was far more coherent than he normally appears online (NSFW link), giving an interesting range of answers to security issues in tech. One user asked what went wrong with McAfee after he left the company, which John replied to saying:

It grew, it got big, like every company. When I started, there were 4 of us. Generating $10M/yr, we could have lived happily for our lives on that. VCs came and offered to make it bigger, we had to grow, we didn’t have sales, marketing, etc. I gave it away, unless you were a government, corporation, etc.

Once I went public, I had 1000 bosses, investors, FTC, SEC, all my time in meetings and interviews. I hired a programmer/day for over a year! I used to spend time taking apart viruses, now I was an accountant. Once a company gets big, it becomes slow, and cannot survive in its current form.

McAfee apparently uses Windows, Android and iOS as his operating systems of choice and frequently switches to throw off the authorities:

I use them all, none of them are safe, I use Windows, Android, IOS. The reason I do that is it makes it more difficult for the people trying to tap me, NSA, CIA, FBI. Wherever I go there’s a convoy following me. So if I continuously change, it really pissed them off when they can’t locate me. The old arts of spying has really disappeared, my favorite is Android, for ease-of-use. The first thing I do is root it with towelroot to remove update capabilities, then remove bloatware, then unroot it of course.

He also talked about how it felt to have his Ashley Madison account leaked online, but didn’t answer the question directly:

There’s going to be a shitload of stuff going down. The hacker said they were going to release. If it were me, I’d had come clean immediately to my wife. I had a TS clearance at Lockheed, and you have no idea what questions they asked. “Have you ever fucked a sheep?”. When the OPM hack happened, I wrote an article where I came clean to everything.

Most important of all, Reddit wanted to know how McAfee felt about his former company moving under the name ‘Intel Security’ following the company being acquired by Intel in 2010:

You have no idea how glad I am about that. It’s become the worst piece of SW on the planet. You cannot uninstall, scans all the time, slow as shit, I’d have fired them, thank goodness I’ve freed from association with that.

So, what does McAfee prefer to use to protect himself? Nothing.

I don’t use AV, I think it’s dead and based on an ancient tech that is no longer relevant. Hacker kits come out 10x faster. AV is a meaningless system. I use phones, flip phones without GPS. I use my samsung phone if I want internet and buy a new one every 2 weeks.

The thread has a number of other interesting tidbits, including insights into securing the Internet of Things and how he outruns the authorities — it’s well worth a read.

Read next: Skype overhauled on iOS and Android with better navigation, search and swipe gestures