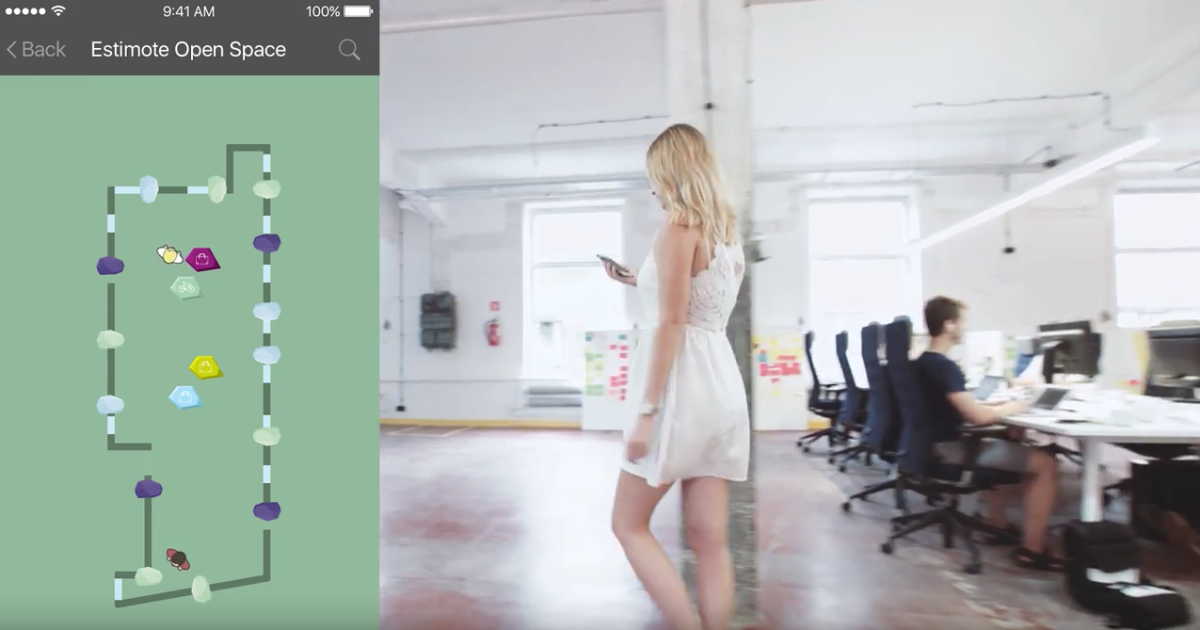 Estimote stickers were already great for tracking the whereabouts of people using iBeacon technology. Now, those same stickers can track each other — even when moved — with the same underlying software.

So long as users have a mobile device running an app that has the Estimote SDK built in, stickers placed on items can now communicate with phones and tablets to recognize and update locations.

It’s a bit like a moving mesh network; the stickers and apps all ping one another, giving users a better idea of where everyone — and everything — is. The locations of objects and people are stored in the cloud, and referenced as needed by users.

The concept is a great idea for tracking things that may move about in a retail store or office, and saves management the tiresome drudgery of scolding employees for not putting things back.

If you name the stickers, you can also find items wherever they are.

It’s a pretty cool idea for a small office, but could easily scale. Next time you’re at a baseball game, finding out where the popcorn wandered off to might not be so difficult.

You can try the Estimote indoor location app for yourself by grabbing it from the App Store.

Read next: Bing can now help you tune your guitar and keep a beat