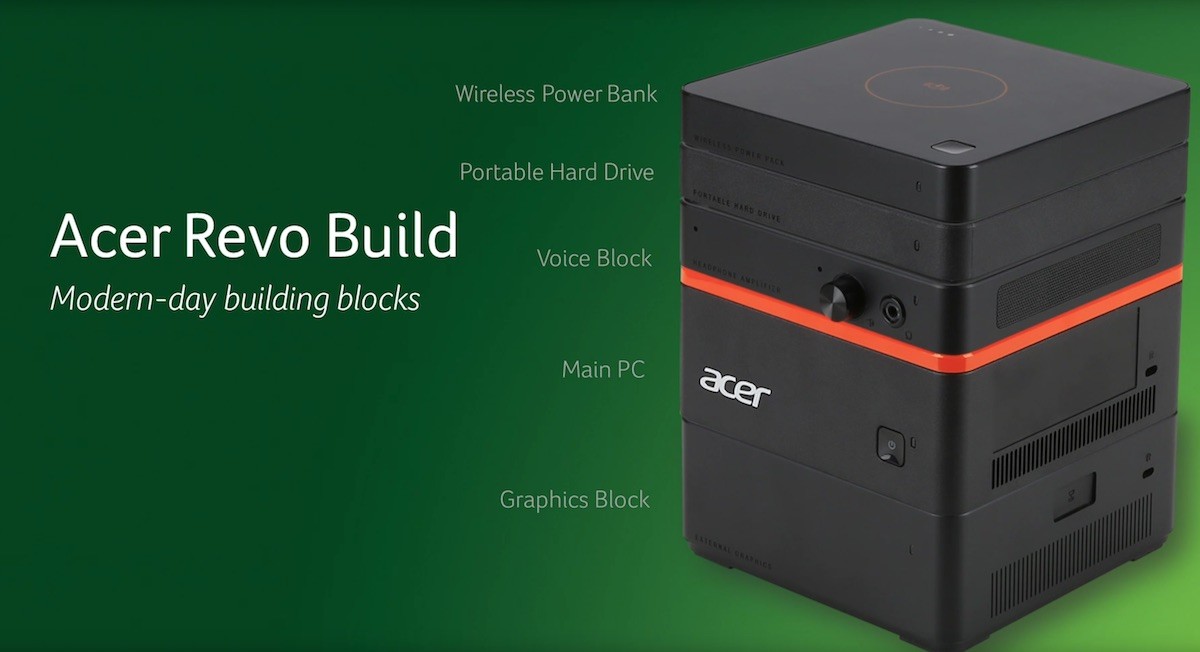 It’s a modular computer that allows you to build your own computer by magnetically adding components. If you want to add a new hard disk, graphics card or other add-on, you just snap them on.

There are no cables and the device automatically recognizes the components as they’re added. At launch, there’s a core block containing the processor and memory, an audio block, power block and storage block.

One of the add-ons is a portable battery block which can be used to charge your phone.

Acer said that it wants the Revo to “empower users” to build their own computer, without the hassle of learning how to wire one up.

The Revo Build runs Windows 10 and pricing is expected to start at €249. Acer didn’t detail when the Reva Build will be available, nor where it’ll be released.