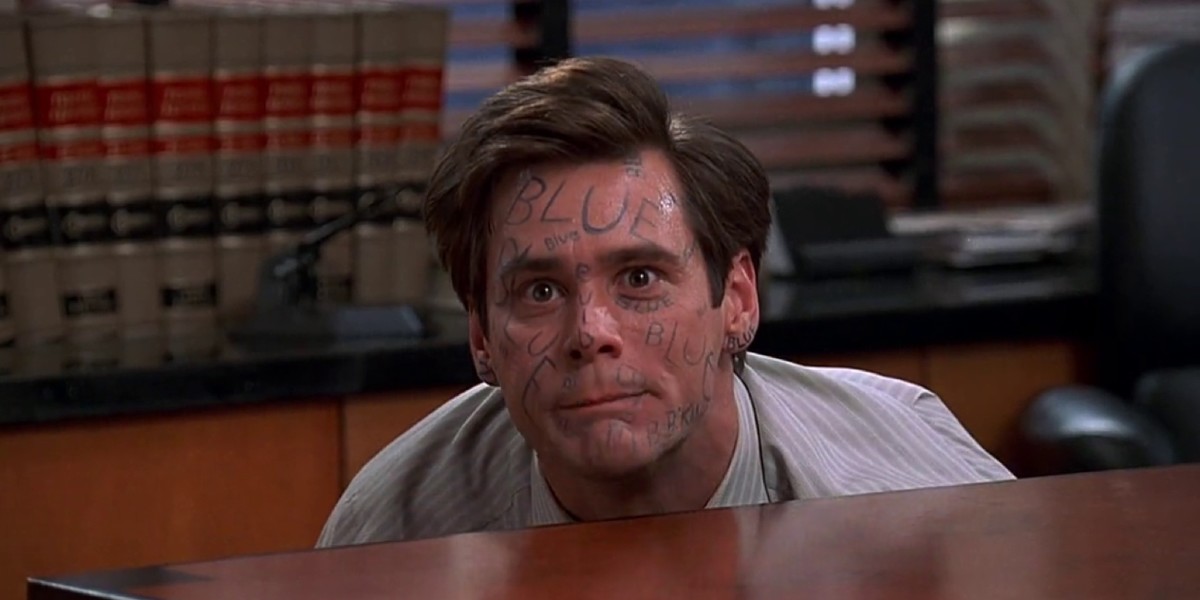 There’s an alternative version of the Queens of the Stone Age song 3’s and 7’s that has a great line about lying – “The truth has always had three sides – mine, yours and how it went.” The first line of the song is “lie, lie to my face.”

The definition of a lie is ‘an intentionally false statement.’ Lawyers, public officials, advertisers, marketers and of course public relations people desperately don’t want to be caught ‘in a lie,’ but the truth is that your lies are not black and white, true and false, right and wrong.

PRWeek, the blog created for, paid for and maintained for PR people to feel better about themselves, posted one particularly lukewarm take on the subject. ‘We are professional manipulators’ – PR pros, are we lying to ourselves? is a sheep in wolf’s clothing. It starts off by bringing damning statements from someone’s findings on PR “professionals” who admit to lying, many of whom would do so again.

One disgusting individual even said, ironically lying to themselves to feel better, that they “…manipulate the information [that they] give to the journalist because [the reporters] are also going to manipulate it.” Someone said “I lie to the media and my staff, I even have to lie to the CEO because I know more than he does.” This was actually quite powerful, on many levels, until the study was immediately gaslighted by the writer, who said “It is true that Rensburg’s study is with a small sample of executives.”

“Now Ed,” you might say. “That’s a little unfair. It was a small study. Even if the person never said how many people were in it, thus making that statement irrelevant. But a small study proves nothing!”

Sure. I get it. The writer even posited (with absolutely no commentary or responsibility to the question) “…how one defines lying is also of key import in the issue of ethics in PR. Is concealment lying? Omitting a crucial fact, or leaving out a seemingly unimportant part of a message?”

A few weeks later, PRWeek posted Are PR pros ‘professional manipulators?’ This study says not. The study passes the “let’s make us all feel better” checklist. The study’s from 2010. It is of a whole 30 executives. It’s a small study – which apparently isn’t grounds to attack it for this writer. The writer, in their beautiful world, believes that the previous report, that said “perhaps most comms executives don’t think this way,” can be disproven by…well, this report.

Not to go line-by-line, as it’s quite a boring piece, there’s two parts to call out. Firstly:

PR people, I’m going to go ahead and just rip the bandage off: you have very little credibility. You are almost totally devoid of it. Most PR people have to, from day one, fight to build credibility. Like a broken glass, even when you have it, you will constantly be leaking it as a result of your incompetent, poisonous peers.

The most alarming thing this person used to argue with is this example from the study:

In fact, several of the participants provided specific examples of times when they did stand up for ethical public relations…

When one executive was asked to place false information in a news release, she refused and offered ethical alternatives.

“I gave her four different choices. You know, let’s reword the press release, let’s leave out the information that she perceived was damaging, although, I didn’t perceive it that way, but anyway, a number of choices,” she said. “

Just to be clear, the ‘ethical alternatives’ delivered to her client were:

To quote, of all things, Wikipedia, a lie of omission is “also known as a continuing misrepresentation, a lie by omission occurs when an important fact is left out in order to foster a misconception. Lying by omission includes failures to correct pre-existing misconceptions.”

The kindest thing I can say is addressing the line that said PR person didn’t consider the information damaging.

The writer, an assistant professor at Baylor University, “…shared these examples as evidence that indeed practitioners are willing to stand up for ethical practices in PR and as a reminder that we must preserve our credibility and reputation in order to perform our job effectively.”

You’ll notice that most pieces on this subject are written by PR people, and usually involve the phrase “in my experience.” For example, Gerard F Corbett, for some reason allowed to write a flagrant puff piece for the otherwise respectable Guardian (no doubt as some sort of balanced view), said in 2012 that the Public Relations Society of America (of which he’s been CEO) that “all of whom pledge to abide by a stringent code of ethics, we are firmly committed to ethical practices. Our members and, indeed, all public relations professionals, seek a high level of public trust. That requires a special obligation to operate ethically.”

Funnily enough, I have heard a PRSA member lie flagrantly to a client and proven it, which was really funny and also deeply disturbing.

But we again return to the very definition of lying. The PR industry gets away with the fanciful ease of being able to say “ah, yes, we are not liars.” Because if you define the truth as a binary calculation – that a statement is either true or false, and if you do not say a false statement, you are not lying – life is so much easier to get through. You’re not a liar.

But you are. You may not know it. You may not know you’re lying. To your client, your parents, your spouse. Little white lies aside, I am talking about the manipulation of words, at scale, to obfuscate the truth (that’s lying).

I am talking about saying that a reporter is ‘interested,’ when all they’ve said is that they’ll take a look. I am talking about telling fellow PR people that media relations just isn’t that important, which is not actually an opinion, because I’d argue most companies want press. I return to this point a lot as it’s a lie that PR people have continually told themselves as a means of getting away from their responsibility to the media. They lie to themselves saying that “some reporters like being called,” thus they consider that calling reporters is okay, because some like it.

Cold calling reporters is the “not all men” of PR. While some do, indeed, like it, most simply do not. This PRDaily piece, which even quotes a reporter saying they hate being called, tumbles further down the lie hole by saying “so getting a cold call from a PR pro, even if there’s a good relationship in place, is not high on the list of how journalists want to be pitched. Don’t get me wrong: They still want and may very much need to talk to you.”

How is this a lie? Because it says it’s “not high on the list of how journalists want to be pitched,” and that they “still want and may very much need to talk to you.” The “may” is the thread of a rope that the person can use the pull themselves out of a lie. It’s a manipulation of terms built to make PR people feel better about being, well, unethical and harassing people.

This is a lie – a beautiful, sweet lie that can be “proven” with the anecdotal evidence of PR people working at huge companies with information that is necessary to complete stories (so not most PR jobs). Reporters do not want to talk to or need to talk to most PR people.

But the lack of may here, in much of this piece, is poisonous and false. It is a lie. A lie of omission – omitting the vast evidence that reporters simply don’t want a phone-call. Apart from some straight-up terrible advice, it also creates a lie of exaggeration – a magical world in which, if you don’t hear back from your email, in which you warned them you’d call, you’re an ethical, lot more successful person at pitching your “news.”

“Before you dial that phone, especially before you ring that cell phone number that a reporter gave when working on a previous story of yours, stop and think—and send a quick email first. Maybe even a second email, in case the reporter was on the run and just couldn’t reply. If you don’t hear back, then call. At least then the journalist will know why you’re calling. Ultimately, you’ll be a lot more successful when pitching your news.”

I have cold-called one reporter in the last five years, and that was because he had specifically said “hey, please, call me to follow up.”

There is sympathy for those who lie. Fear is a powerful internal weapon against the truth, a thick and heady bile inside you that will say ‘just wiggle out of this,’ because the ‘truth’ which may include an angry client that will fire you is scary. You may want to exaggerate just how glamorous your job is (that’s another lie) because facing the drudgery is so much worse. You may want to exaggerate the importance of certain elements of your job because it’s so much easier to face that you may need to get better at something. Lies are powerful, addictive and pervasive. PR people do lie. It’s just harder to nail them for it.

To not lie in PR is to experience freedom and fear in equal measures. It’s not easy, but it’s doable. To admit that our job is quite boring, that it’s mostly emails and documents and banal phone-calls, that it involves waking up to a “no” that your client will be furious about, that it really is just a stressful call-center job wrapped in a lot of reading…that’s frightening.

Sometimes it’s easier to just not face it.

Read next: Upgrade your workflow with the Pay-What-You-Want UX to UI Designer Toolbox