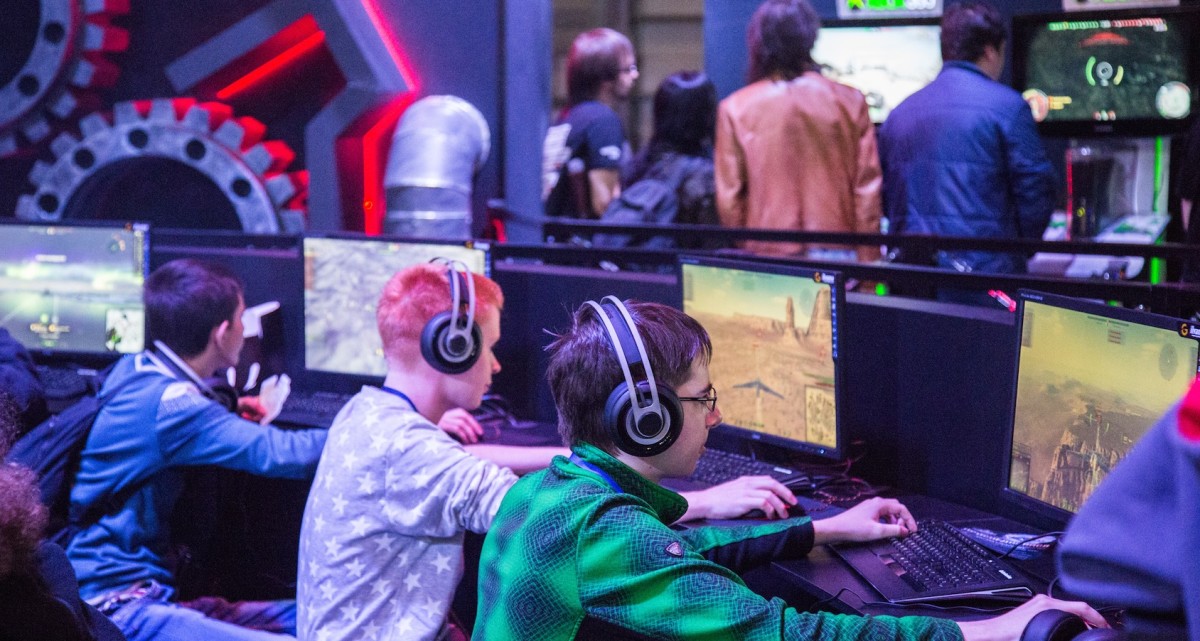 No, these numbers don’t refer to a traditional mainstream sport like football or basketball. Rather, they come from a sport that saw its major surge begin a mere 10 years ago, a sport whose global revenue has already surpassed the revenue of the entire music industry by $20 million in 2014, a sport that giant brands like Coca-Cola, Red Bull, American Express, Intel and Samsung are vying to sponsor.

I’m talking about eSports – also known as competitive gaming, electronic sports or professional gaming – a type of video game competition where professional players battle for the highest rank and the top prize.

With an rapidly expanding global fan base and an increasingly organized industry business model, eSports has now become a real deal – so real that participants now qualify for the application of US P-1 Visa, a type of visa that’s long been reserved for professional athletes.

But how did eSports become so big, so fast? And what factors have contributed to its growth?

The rise of eSports

Fun fact on the earliest known video game competition: on October 19 1972, a group of students at Stanford University competed in an “intergalactic spacewar olympics.”

The prize? A one-year subscription to Rolling Stone.

But the winners of today’s eSports tournaments can expect a bit more: the International 2015 Dota 2 Championship – which took place earlier this month – had a prize pool of over $18 million, making it the largest ever for a single tournament.

Just a decade ago, the first-ever professional video gamer, Johnathan “Fatal1ty” Wendel, appeared on the cover of BusinessWeek, with an eight-page feature detailing the rise of the industry.

Back then, the Cyberathlete Professional League (CPL) was just starting to eke into the nation’s consciousness. In the five years leading up to the feature, “Fatal1ty” had won more tournaments and pulled in more prize money than any other gamer: more than $350,000. In 2005, he won the big prize of $500,000 at the CPL finals, which were partially broadcast on MTV. Intel was the primary sponsor for the CPL 11-event world tour, with other backers such as Samsung, AMD and Tylenol.

Both CPL and the Electronic Sports League (ESL) started in 1997. According to an infographic from ESL, its number of registered gamers grew to one million in its first eight years. By 2013, that number had grown to over four million. ESL communities could be found in 46 countries, with over 883,000 registered teams and more than 30,000 new gamers joining the league every month.

Forces behind the growth

The major factors behind the growth of eSports include the popularity of new platforms for viewing video games, new business models and a surge in “Geek Pride.”

The core reasons, though, center around the creation and growth of new platforms – especially streaming platforms like Twitch, where audiences can see live streaming of professional players competing with each other almost every day. They might tune into see teams of the best players battle head-to-head across multiple battlefields, in both small skirmishes and intense 5v5 competitions.

These new platforms have broken down walls that previously limited the gaming experience to just the players in the game. They’ve attracted more people to the community, while allowing for two-way interaction within the space.

For example, streaming platforms like Twitch (which Amazon acquired last year for $970 million) have provided incentives for both professional players and audiences to gather and interact. For professional players, they can gain income through a combination of advertisements, subscription fees for streaming their games and donations from viewers, which has made making a living by playing video games an attainable goal.

For audiences, streaming makes eSports extremely accessible. Fans don’t even need to be especially skilled at playing video games to participate; they can simply sit back and enjoy the games.

According to Newzoo Global eSports Audience Model, about 40 percent of eSports viewers don’t play the games themselves. What’s more, audiences can actually engage with players via Twitch, sending real-time comments or questions to players as the competitions stream. Some players will respond, while others will even invite viewers to join in on the game.

The win-win model of streaming platforms has triggered great interests in eSports. According to a 2014 report from Twitch, there were 16 million minutes watched, 100 million unique viewers and 1.5 million unique broadcasters every month on Twitch. What’s more, the number of peak concurrent viewers hit one million in 2014.

The prosperity of platforms like Twitch has greatly increased awareness of eSports and generated huge revenues for the industry. These revenues behind eSports, meanwhile, have attracted big name brands, such as Nvidia, Intel and Samsung, to make more investments.

Money from these investments is then used to innovate new streaming platforms such as Hitbox, Mobcrush and Kamcord, which further increase awareness and create large gaming communities, while leading to more revenue opportunities for gamers and brands alike. This healthy innovation cycle in eSports business is a major support behind the surge of professional gaming.

Another factor could be attributed to the fact that the term “geek” has seen a resurgence. “Geek” and “nerd” are no longer derogatory terms. In a way, they’ve become mainstream – an identity popularized by a number of new outlets, including Nerdist Industries and the community Geek and Sundry.

Today, with the popularity of the expression “Geek Pride,” people who are intelligent and have prowess in the virtual space are eager to find a way to unleash and publicly promote their passions. eSports have simply become a new way to demonstrate Geek Pride.

With our culture now taking eSports seriously – and as someone who studies gamers and gaming data – I see immense possibility and potential for eSports and greater spectator interaction in this brave new world.

Read Next: The UK gets a dedicated esports betting service this week

Read next: Tech journalism? I quit. Writing about technology? I'm not going anywhere…