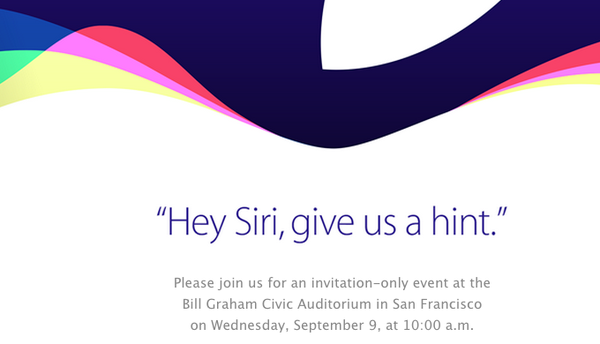 Apple’s next event is September 9, and will be held at the Bill Graham Civic Auditorium in San Francisco. The invitation-only event is likely to bring us new iPhones, and perhaps even a big new iPad.

While the actual invitation didn’t give us any clues as to what was going to be unveiled, Apple did suggest you ask Siri. When you do, she reminds you something is happening September 9.

Now I have to wonder how long that little easter egg has been there. I should talk to Siri more often.

The start time for Apple’s event is 10am PST. If history tells us anything — we’ll also get OS X EL Capitan and iOS 9 along with watchOS 2 rolled out during the event.

Read next: ReBoard brings multitasking to iOS -- via the keyboard