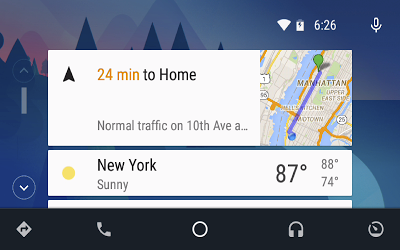 Developers who want to make Android apps for cars now have a better way to visualize them. The Android Auto team has announced an emulator they’re calling Desktop Head Unit (DHU).

Much like an Android Auto head unit in a car, the DHU lets developers plug an Android handset into a computer to get a clear idea of what is going on with their Android Auto app. Once plugged in, the phone will go dormant while the DHU takes over — just like it would in the car.

To download the DHU, head over to the Android SDK manager. In Extras, you’ll see the DHU; the download will be installed in <sdk>/extras/google/auto/.