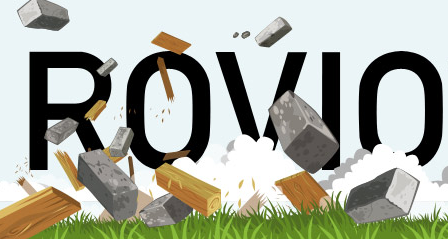 The company behind Angry Birds, Rovio Entertainment, has announced that it’s going to be making 260 staff redundant as it hones its focus in on three areas: games, media and consumer products.

It’s a sad but familiar story for a company that garnered such success through the Angry Birds franchise.

The company cut 130 of its workforce in 2014 and former CEO, Mikael Hed, gave the exact same statement then as well: “…we plan to simplify our organization around our three key businesses with the highest growth potential: games, media, and consumer products.”

In the company’s statement about the restructuring this time around, CEO Pekka Rantala added:

While we have gathered good momentum this year, especially with the launch of the Angry Birds 2 game — downloaded nearly 50 million times in its first month of release — fundamental changes are needed to ensure Rovio succeeds in its global ambitions to be the leading entertainment company with mobile games at its heart.

Rovio’s problem hasn’t changed and maybe that’s why it felt the need to issue the same statement again; the company is continuously struggling to replicate the success of its first smash hit title.

Perhaps most notably, the redundancies apply to the whole organization except those currently working on the production of ‘The Angry Birds’ movie in Canada.