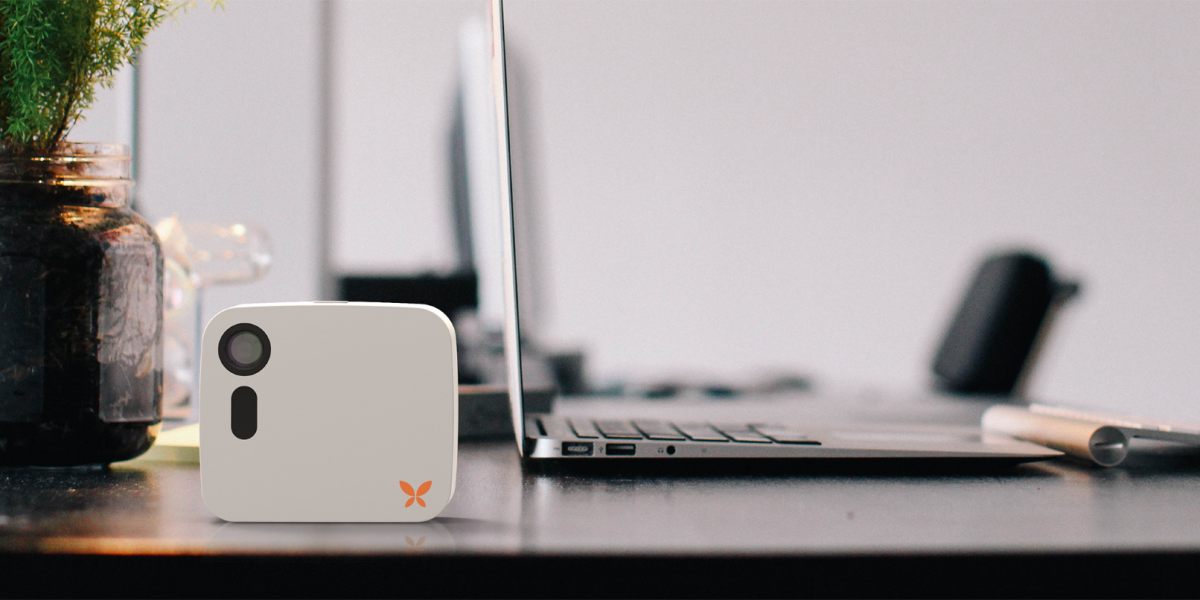 Now, however, there’s a new contender trying to break into the home security space in the form of Butterfleye, a ‘smart’ camera that connects to your smartphone to keep you in touch with your home while you’re out and about.

While a lot of the features it offers can be found on existing devices, the company says that it’s the only one to offer all the features in a single package.

Among these key features are wireless operation (it’ll last two weeks on battery power, which is handy if your power fails) allowing you to move it around your house at will, and there’s internal storage for up to 12 hours of footage, as well as free cloud storage on a rolling 24 hour basis. If you need to keep footage for a week or a month, the company will be providing paid-for storage options, though pricing hasn’t yet been set.

Like rivals it also has movement sensors and claims to be able to differentiate between a person and an animal moving around your house, so you shouldn’t get alerts every time your dog wanders in front of its path. There’s facial recognition too, which means it can tell the difference between each member of your household and strangers, in theory.

In fact, the company says the camera will learn your habits and routines and will send smarter notifications over time. It also promises that things like tree branches blowing in the wind (or people moving on TV) won’t be reported as an alarm.

There’s also a two-way mic on board (that you interact with via the app), so you can shout at your dog to stop destroying your sofa (or alert a burglar that you’re calling the police) and it offers activity-based recording instead of continuous, to cut down on the amount of footage it captures.

Rounding off the list of notable options are tamper notifications, so that you know if someone has moved the camera or interfered with it in some way.

Before any of that can happen though, the company needs to reach its Indiegogo goal of $100,000.

The lowest tier to reserve a camera will cost you $199 (plus $10 shipping in the US and Canada) and they’re due to start shipping in December this year. Once the campaign ends, the retail price of the Butterfleye will be around $249.

Read next: 'Add to Slack' button will help you share with your team from any app