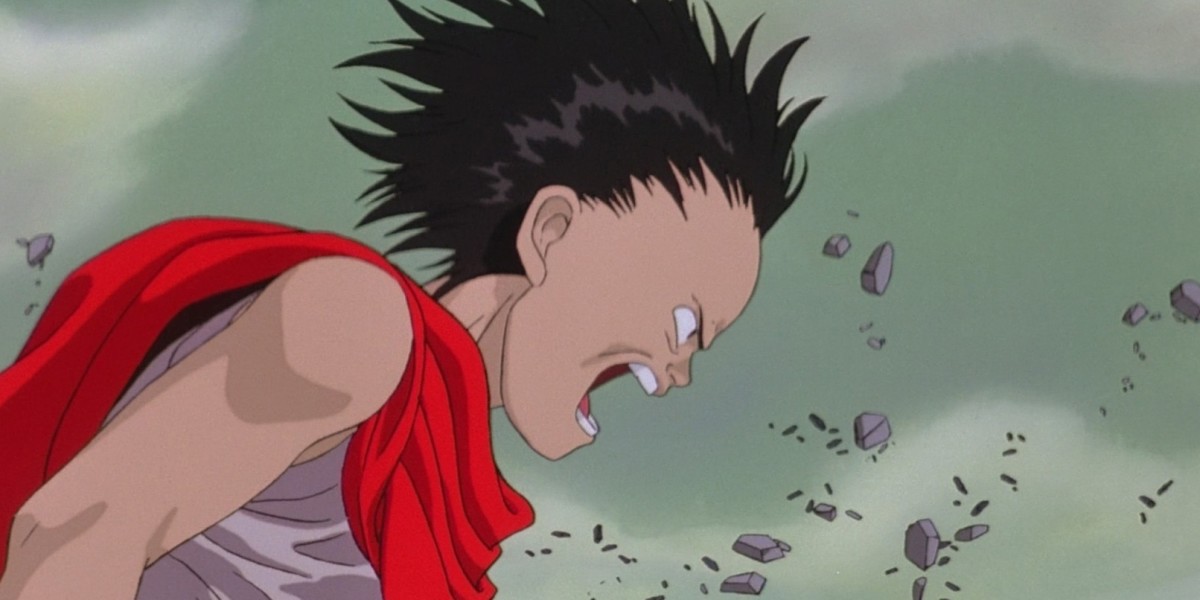 In the last year I’ve managed to grow my “brand” to the point that reporters regularly tell me of the dark, empty recesses of their inboxes.

There are some that boast of only having around a hundred unsolicited emails a day sent to them by public relations professionals. There are some that get hundreds. One producer I was told received 10,000 emails from “PR professionals” every day. This is on top of the calls they receive through the day from the thirst-lords of the beyond, demanding that they listen to their endless diatribes about whatever-their-name is startup, usually following up unread emails.

These emails, in many cases sent en masse to reporters with no actual human interaction (write one email in Word, connect to Excel spreadsheet, hit button), and the person calling simply wants to get coverage at a loss of any human interaction.

This counts for you, Mr. or Miss startup-er, because these are the people you may end up hiring. And for those of you who have pissed thousands of dollars down the toilet, this is probably why you’ve done so.

The basic way to do this properly is something I’ve written about before here, using such crazy ideas as “talk like a human,” “don’t call” and other things that normal humans do. What’s problematic is several worrying “trends,” as PR people love to talk about, are emerging in their education of young PR people or their general public discourse:

This is not an easy thing to do. It is not rocket science, but many people are simply unable to speak without sounding like some sort of saccharine pod-person, writing giant emails that hit all the ‘talking points’ set up with the client. Document-fluffing, or as I call it “pretend effort,” is common – put together a big “plan” so that the client says “ah yes, this is effort,” and continues to pay.

It’s just difficult to be interesting, to read a lot, and become the person that a person who has no true benefit of talking to you will talk to.

Last year’s Business Insider PR50, a list of successful PR people voted on mostly by reporters, named me on it. It named many nice, good PR people. Within a day, The Holmes Report, which claims to be “changing PR’s future,” came up with their own lukewarm take called “Moving Silicon Valley Beyond Media Relations.”

The Holmes Report, like many PR blogs and websites, ironically looks to keep PR held in the past, celebrating as many of the old guard as possible and writing a great deal on what lessons PR people (who aren’t remotely close to having a reason to go) can learn from Cannes Lions.

The report’s response was a beautiful gaslighting of the core of PR – the thing that gets agencies paid and that most (especially in Silicon Valley) companies want – tearing down many young PR people for being successful at a thing that requires real, actual effort.

For example, the article states:

The demand for pure-play media relations is, of course, client-driven. For startups and emerging companies, media ink still denotes credibility and validation, especially in the quest towards customer acquisition, higher valuations and potential exits. But media relations isn’t where the future of the industry sits — budgets have remained relatively stagnant and the most influential PR positions involve far more than media relations.

Just so we’re clear, this paragraph states that people good at media relations, or well-respected for it, are not in the most influential PR positions. Perhaps, if I was kinder, I’d simply read it as saying “if you’re just good at media relations, you’re not that influential or, indeed, good.” I also cannot stop laughing at the poisonous statement of things being “client-driven.”

Man, up yours, PR person. You’re doing what you’re being asked to do. Idiot.

The article, in its infinite wisdom, also states:

This paragraph is the most sickening part of it all, as it’s a complete and utter lie. From not just my personal experience with Fortune 50 to 500 companies and venture capitalists but many other conversations, PR people aren’t given any budgets, let alone lucrative ones. They’re told “come up with something with what we’ve got right here! Why did we hire you?”

There’s an inherent distaste for defining the PR person based on reporter relationships. This piece, a wolf in sheep’s clothing, is only part of a larger body of work by the PR industry to tell PR people that it’s not only unimportant to be good with the media, you’re straight up not that good if you focus on it.

One time, I posted something saying that you shouldn’t call reporters. I was harassed by one guy, for weeks, for doing so. Many PR people snickered across Twitter, saying I had no idea what I was doing and reporters loved it despite many reporters saying they hate being called. When said man was at a panel where one reporter said he didn’t mind being called, yet more nonsense came my way. From multiple sources.

PR people love to talk about persistence. And they love saying “don’t take no for an answer.” Sometimes they take this to the next logical extreme, saying “We don’t take ‘no’ for an answer. If that means multiple telephone calls to follow up on potential media coverage, we do it.” PR people inching closer every day to simply saying “no means yes.” The language of assault is disgusting, and PR people are using it.

This is hatred, or on the kindest level base disrespect, for reporters and what they want. It is not consideration. It is offensive harassment for fiscal gain.

The world is so lovely and nice, PR people

The Public Relations Society of America, which costs many hundreds of dollars to join, also runs many Twitter chats, meetings, local chapters and other groups online and offline to teach…something.

Their blogs, such as PRSay, like to tell new PR people the things they need to join this industry are a series of platitudes about working hard, a can-do attitude, taking on challenges (without defining the reality of said challenges) and that they should have “taken social media engagement to a whole new level…[and] understand its power to engage, influence, and enable you to become a thought leader in your area of expertise.”

Their New Professionals Blog does almost nothing to create a realistic depiction of the world they’re about to enter, with thrilling advice such as “don’t misspell reporters’ names” and “attend conferences.” PRNews is a serpentine multi-level marketing scam that encourages new pros to pay to be part of awards (I’ve done it, I’m not proud, I have no soul) that publishes case studies from companies that are way better and more important than the ones most PR people will work on. PRDaily is a continuing blog-toilet of advice about using emojis in your work and news that is relative to PR as long as it mentions the word social somewhere.

All of them do the same thing. They pump up the PR community to believe it’s as important as possible without admitting to the continual faults of the average person, with no advice to change the truly poisonous nature of this industry, all the while insinuating PR’s importance in every fabric of life when it really isn’t.

Why this is so awful

The “ratio of 4.6 PR people to every reporter” story is told in two ways. One, by reporters, who say “I hate this.” Two, by PR people, who say “this isn’t fair, because PR people are good.” These blogs exist for PR people to actually not grow. They are advice pieces or statements about PR to scare away the ghosts of reality, the ghosts of culpability and responsibility for personal growth.

While I actually admire Colin Jordan, who is someone I have heard nothing but great things about, his piece for Adweek about “stereotypes PR people can’t shake” was inherent masturbatory clickbait for PR people looking to feel better about themselves. The stereotypes were simple: we’re stupid, we’re “thirsty,” and we’re all the same.

And the thirst thing? This took maybe 20 seconds to look up. This maybe another 25. I had to throw a group from an agency out of my panel for pitching reporters when they were told not to.

The “all the same” one isn’t hard. Every PR Twitter profile seems to be “love to run, love media, media junkie, love coffee, love to blog, salad is my cardio, go #sportsteam, @college alumni, account person for @PRfirm.” A lot of PR people sound identical. Pictures of puppies. Tweets about how important X tech is. Excitement over big event. “This is my dog.” “I saw this movie everyone just saw.”

PR people are, on the whole, drawn toward confirmation bias. I was once told by a PR blogger that things don’t traffic well when they’re negative. PR people want to continually hear that they are super-special, super-important, super-involved and have super-complex jobs, as to face the opposite — that our job is a lot of being on the computer making words and stories come out — is quite depressing.

It’s poisonous that few people writing about this industry from the inside seem confident enough to say things like this, to lay out that our job is banal, and the average PR person (yes, yes, there’re exceptions) is just not doing anything that impressively important.

There are more complex things to the PR industry than talking to reporters. Some people plan big campaigns with big budgets, and those require thought and careful planning and calling people and organizing people and being at events and writing briefing books and writing brand guides. In the end, it all comes down to making someone or something popular, or making something bad go away.

It’s delightfully self-indulgent to say “oh, well, the media isn’t that effective at that because of the power of social,” which is true in the sense that, yes, thousands of tweets about a thing is effective, young people tend not to read newspapers or blogs as much as old people, and something goes here about Snapchat because PR people really want it to be important. In the end, people are going to hear about things on the news. They’re going to learn about them from the news.

The masturbatory dream of content marketing is that PR people – in their own self-important fantasy – can replace the news with their own news (Medium to some extent has replaced the press release, ironically a case of media replacing PR). Why is that such a great thing? Because not only does it give that PR person something else to sell, it also makes them feel smarter than a reporter.

And that’s what it all comes down to. Feeling smart. Feeling important. Feeling wanted. I so rarely feel like I meet a PR person who cares about actual success or tangible results. It’s all about how they can justify what they’re doing as important. Perhaps it’s a cultural issue – that we are defined by our jobs and not ourselves. Perhaps it’s simply that to do this job as a person someone might respect one day, you have to have more to you than the ability to skim-read the news sometimes and spam.

Read next: Amazon rebrands the Echo app as Alexa (not to be confused with its Alexa analytics tool)